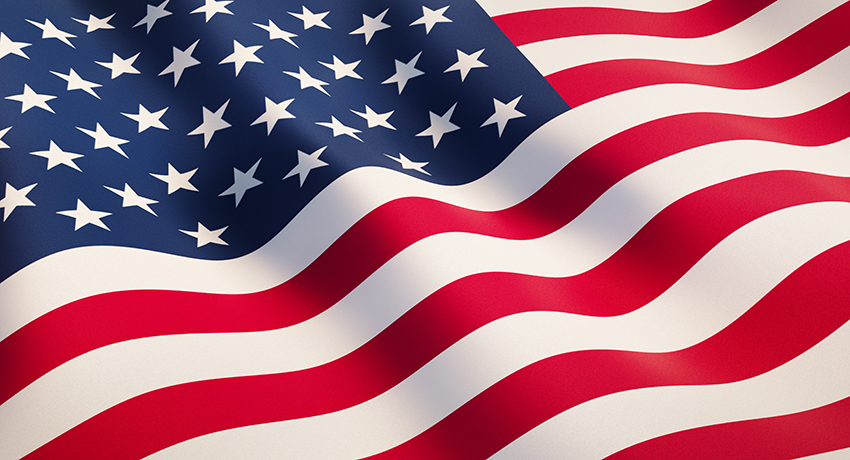 Where is the United States headed after a record number of voters cast ballots in the recent presidential election?

As the counting continued last week, a Zoom presentation, titled What Happens Now? A Post-Election Guide with the Political Science Faculty of Worcester State offered some clues. Former Vice President Joe Biden was leading President Trump at the time of the event, but the election had yet to be called.

The discussion was wide-ranging, and because of limited time, extensive and complex subjects were touched upon only briefly, with an invitation to dig deeper for those who found the discussion of interest.

Dell’Aera’s remarks included a look at the often-confusing election law disparity among states. “Why is it that some states are still counting votes at this minute while some states are not?” he asked. “Why are some states still waiting for absentee ballots while others said if the absent ballots didn’t arrive already as of election eve, we’re not going to count them?

“Why do some states send out universal absentee ballots to voters whereas other states were very selective in offering that or require people to actively request an absentee ballot? In the midst of a pandemic this was an important policy, and it was not consistent from state to state,” he added.

The reason, he said, is that each state gets to make up its own election laws and rules. “As long as they don’t contradict the U.S. Constitution, you have extraordinary amounts of fragmentation across the country.”

Angelo addressed the myriad lawsuits and accusations of voter fraud emanating from Trump and his campaign.

“This is not normal,” he said. “This is not the normal course of events for elections. Casting doubt on the American electoral process is definitely not normal.”

It’s a little bit more normal, perhaps, to use the legal system to adjudicate election issues, he said. An example of this was in 2000 in the Bush v. Gore case, when the Supreme Court ended up halting the recount in Florida. He said the situation we’re seeing now is problematic for several reasons, however.

An example he used was a Pennsylvania lawsuit over how absentee ballots should be counted. The state legislature had tried to codify into law that all absentee ballots must arrive by election day at 8 p.m., even after voters had been told that their votes would be counted if ballots arrived up to three days later. Pennsylvania Republicans argued, among other things, that this violated the need to have a uniform date for an election, but the Supreme Court ruled that votes that did not make it by that date and were up to three days late could get counted.

Standfield’s comments included how the election might affect the United States’ role in global institutions, although those issues had not been a focus of the campaign.

“Foreign policy has hardly made an appearance in this election, especially in the latter stages of the campaign and yet there are still global political implications from whatever the result will be,” she said.

She pointed out that, in many respects, we’ve seen a big break over the past four years from the Obama years as far as foreign policy goes.

“We’ve seen a disregard for the norms of international diplomacy and respect for the status quo that has characterized foreign policy,” she said. An example cited was Trump pulling the U.S. out of the Iran Nuclear Deal, negotiated in 2015 when several countries got together to try to set up an arrangement to convince Iran to not pursue a nuclear weapons program.

“The U.S. was a really key part of that and by and large it was successful, but it had been opposed by Republicans from the very beginning,” she said. “So, it was not terribly surprising that when Trump assumed office that his first foreign policy initiative was to withdraw from the Iran Deal. . . .That raises the specter of why Iran should ever sit at a negotiating table with the United States ever again if it can only expect a given agreement to last maybe four or eight years depending on who’s in power.”

Sculos spoke, with the assumption that a Biden win was likely, on the damage done during the Trump administration to our role in international institutions, especially the World Health Organization.

“That’s something I think can be rectified relatively quickly. Biden can just say ‘We’re back in,’” he said. “We’re still in the midst of a global pandemic and how we’re approaching vaccine development and vaccine distribution globally is definitely going to be affected by how the United States relates to these multinational institutions, the World Health Organization in particular.” 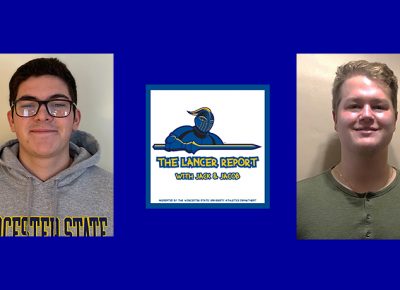 Senior Jack Simone ’21, a communications intern in the Athletics Department, has taken a new approach to sports promotion at Worcester State by creating a podcast with classmate Jacob Frazier . . .