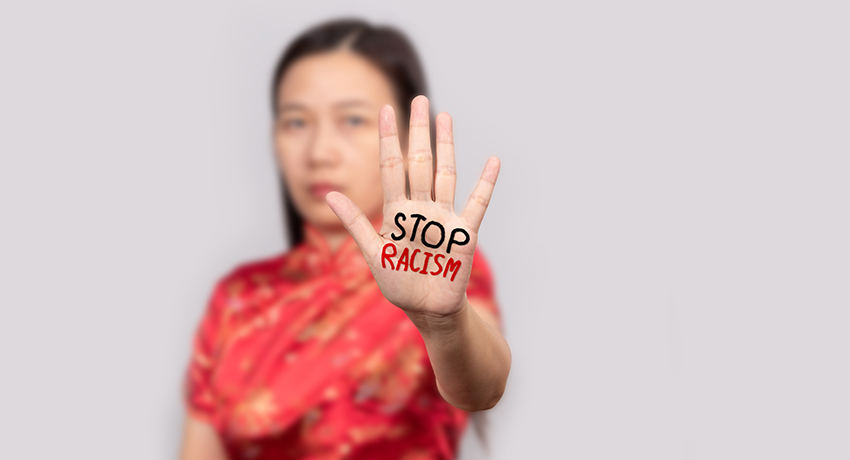 Students, faculty, staff, and community members gathered virtually on Tuesday, April 13, to speak out against racism and condemn violence and hatred directed at Asian American and Pacific Islander communities. The event was sponsored by the student group Third World Alliance, the History and Political Science Department, the Office of Multicultural Affairs, the Bias Incident Response Team, and the President’s Office.

“I’m happy to be here and sad to be here all at the same time,” said Stacey Luster, J.D., general counsel and assistant to President Barry M. Maloney. “We need to join together as oppressed people and fight against these forces that continue to oppress us and hold us down.”

“While there might not be a cure as of yet, we can work to help these communities who have fallen victim to this disease. With solidarity we can stand with those who need help getting their voice heard and give them the proper steps to heal through the process,” said Philips.

“My family has received strange looks every time they went to a non-Asian grocery store. My mother, who works at a nail salon, comes home and vents to me about how her customers ask if she is Chinese, and tell her to put on a face shield along with a mask so they won’t get COVID from her,” said Le. “I ask you to be courageous and encourage and embrace conversations in your classroom around the topic that hits home for us. Don’t ignore the topic. We are not imaginary and our identity is wrapped up in who we are.”

“Anti-Asian racism and violence is nothing new in this country. It’s intricately embedded in the social and cultural fabric in this country’s history, emerging with particular salience in times of social and economic anxiety,” said Fromm, who organized a statement of solidarity in the days after the March 16 shooting that was signed by scores of Worcester State community members.

Flowers talked about the political rhetoric in the most recent presidential election that called artificial intelligence and data security an existential threat.

“In order for us to truly stand in solidarity we need to do the hard work of interrogating the ways in which we stand with our Asian American communities, and the ways we have allowed these narratives to fester and circulate within our own communities, and do the hard work of combating these narratives—even when it’s not comfortable and even when it risks social ostracization.”

“We can translate our meaningful conversation into a meaningful action, rather than just check a box,” said Lihua Wang, who noted she has offered a course on Asian American culture and history over the past few years that is always under-enrolled. “We have talked about racism for so long. However, have we made any progress? I don’t know. Personally, I’m very frustrated.”

Anh Vu Sawyer, who came to the U.S. as a Vietnamese refugee, offered some words of optimism.

“In our Asian gentle and powerful way with our arts, culture, and even food, Asians will change the narrative to break hatred, to bring truth and healing to a very hurtful and broken society. So let’s continue to make the U.S. one of the greatest countries on earth because we Americans are willing to have compassion for others and trust that they have an important part in making our country one of the greatest nations. “

Theriault offered a challenge to fellow members of the white race:

“The time has passed where white folks can put the burden of challenging racism, of changing racism, of stopping racism on the very people who are targeted by it,” said Theriault. “We often hear that that kind of sentiment is unfair to white people. We need to stop using a position of privilege to pull ourselves out of the responsibility that we all have to deal with these issues. White folks need to stop whining and really step up and address a problem that has gone on for centuries. We’re simply in denial.”

Sidhu, director of Ethnic Studies program, said at first, he felt rage about the murders in Atlanta, but then sadness about the discourse around the events, specifically around the concept of Orientalism, or “the European and American construction of Asia and people of Asian descent as essentially different, as permanently foreign, and as lesser than us or we. It’s that ‘us and we’ that I noticed time and time again in statements of solidarity that didn’t seem to understand often that Asians, and Asian Americans are part of the us and part of the we,” he said.

Stanfield said she saw both racism and misogyny in the Atlanta murders, noting that 68 percent of hate crimes in the past few years were against women, and Asian women are targeted in hate crimes 2.3 times more than Asian men.

“The women in Atlanta were also victims of hatred for their perceived association with the sex trade,” said Stanfield. “As we consider our actions where we can stand in solidarity, we must pay attention to the intersecting forms of oppression and hatred we see taking place around us. I mourn these victims of anti-Asian violence and misogyny. I urge anyone, particularly my white faculty and staff colleagues and students, that any of our efforts in dismantling white supremacy also look at dismantling patriarchy and dismantling cis-hetero normativity so that we are truly inclusive and recognize the intersecting forms of discrimination faced by our community members.” 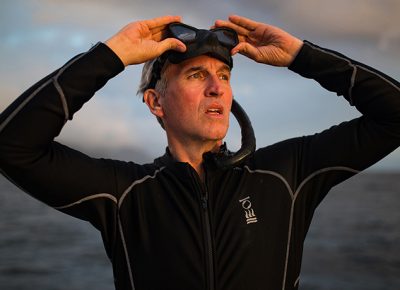 From Lake Ellie to Swimming With Whales: Photojournalist Brian Skerry ’84 Featured in Telegram

Worcester State’s commencement speaker and alumnus Brian Skerry ’84 was featured in a Telegram & Gazette story on Sunday, April 18, in which he describes how his professional journey to become an award-winning photojournalist started with a project he filmed in Lake Ellie when he was still a student. A contract photographer for National Geographic Magazine since 1998, Skerry created . . .