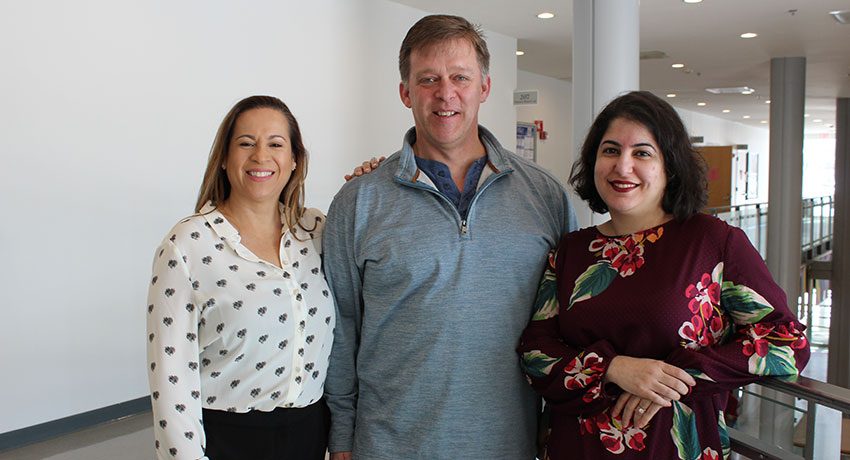 Under the four-year, $2 million grant from the Health Resources & Services Administration (HRSA), students study three years at Quinsigamond Community College, then a year to a year and a half at Worcester State to earn a B.S.N.  In addition to scholarship assistance, the program includes other forms of help such as a peer mentoring program, where QCC students are paired with Worcester State mentors.

“We have tutoring. We have scholarships available. We have a stipend program. We offer monthly workshops. We have external partners who come in and offer assistance,” Shanan Stratis of QCC, the grant administrator, says.

The grant’s purpose is to increase diversity among baccalaureate nurses, according to Jane June, R.N., who oversees the Worcester State portion of the program. “This grant is exciting because you want nurses to be representative of the people they serve, and I think this will help do that,” she says.

The grant builds upon a 3+1 agreement between Worcester State and QCC that was already in place when the application was filed in 2017. “It’s probably one of the reasons we got the grant,” June says. “We had developed a seamless transition from Quinsigamond to Worcester State.”

Grant administrators are looking for applicants for a new cohort of students to enter the program this fall. Any eligible nursing student at QCC can apply to be selected for the HRSA program.

Danielle Gomes was a secretary and interpreter at a community health center who used to watch the nurses caring for patients. “They were so much more helpful to people than I could be,” she says. “I wanted to be just like them.” But, for the single mother of two, cutting back her work schedule to go to school seemed an impossible dream. “If I didn’t work, there wouldn’t be food on the table for my kids,” she says.

James Frederick, a firefighter and paramedic, carried a heavy workload as he struggled to put his two sons through college. His long-held goal of earning a bachelor’s degree in nursing was further delayed when his father became terminally ill. Frederick used his skills to care for his dying father. “His last wish for me was to get that degree,” Frederick says. “He told me ‘You’ve got to do it.”’

Benita Sarno is now happily married, but she was a single mother of three when she enrolled in a program to become a licensed practical nurse, which takes about 10 months for full-time students. She wanted to go on to become a registered nurse and then a baccalaureate nurse to advance in her career, but just doing the LPN program while working at the same time had been almost overwhelming

“When I did my LPN, it was really a real struggle and I didn’t want to put my family through that again unless I was prepared mentally and financially and I had everything lined up,” she says.

Now, all three are slated to graduate from Worcester State in December with BSN degrees in hand with the help of the HRSA-funded program.

“For me, the most important part is the support that we get,” Gomes says. “We have someone to go to and meet with regularly, so it feels like you’re not just floating in space. You have a structure around you that helps you accomplish what you want and need to accomplish.”

Diversity is defined in various ways by HRSA. “It could be your age, your race, your ethnicity. It could be many things,” June says. “But this [grant] is to get more diverse nurses to have bachelor’s degrees help with all the challenges that many of them face.”

Meanwhile, June says that administrators have recently learned that the HRSA grant can also enable students to study in Worcester State’s Master of Science in nursing program, something Gomes hopes to take advantage of.  She says that in five years she can see herself “hopefully with a master’s. You have to plan, always have goals, always look around.” 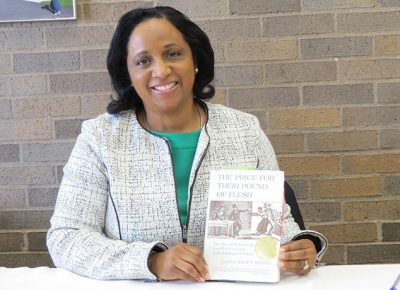 Daina Ramey Berry and “The Price for their Pound of Flesh”

On April 11 Dr. Daina Ramey Berry spoke on “Slavery and the Valuation of Souls” at Worcester State University. Her talk was part of the Honors Author Series and the Sarah Ellen Sharbach Memorial . . .