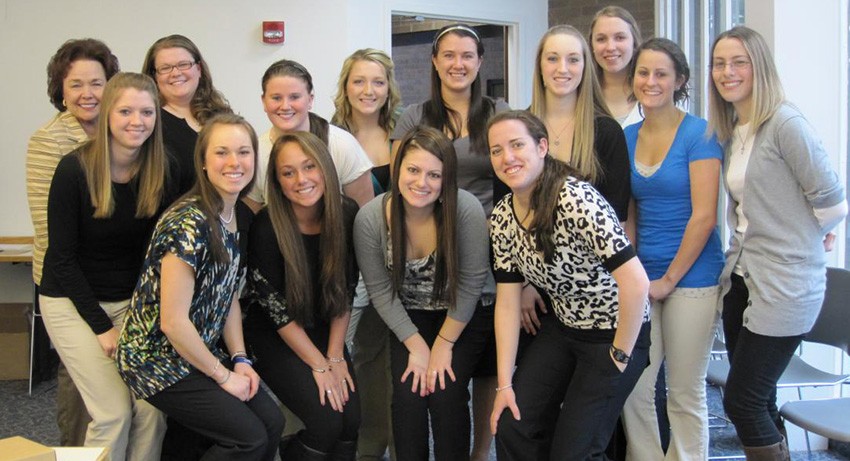 The Worcester State Athletics Department officially recognized the achievements of its student-athletes as a part of National Student-Athlete Day, by holding a reception to honor its fall, winter and spring athletes.

After brief remarks by Vice President for Student Affairs Sybil Brownlee and Director of Athletics Sue Chapman, Director of the Board of Trustee’s John Brissette handed out certificates to the Worcester State field hockey team to credit the squad for posting the highest GPA nationally.

The Lancers posted a 3.57 grade point average during the fall semester of 2010. The squad edged out Division I Northwestern (3.54) and Division II Slippery Rock (3.55) for field hockey team with the highest GPA in the NCAA as announced by the National Field Hockey Coaches Association in February.

In Division III, the squad beat out 120 other institutions for the top spot that included National Champion Bowdoin (3.52) along with WPI (3.44) and Clark (3,48), locally. In the last seven years, Worcester State has been the only public school to earn the top spot and one of three to be in the top five. Out of the 19 players who competed last season, 18 notched over a 3.0 and 12 registered a 3.5 or better.

In addition to getting an official certificate of recognition from the Board of Trustees, each member of the team received a commemorative paper weight.

The freshman student-athletes in attendance were honored for being inducted into the Phi Eta Sigma (first-year) honor society by Associate Athletics Director and Women’s Basketball coach Karen Tessmer. 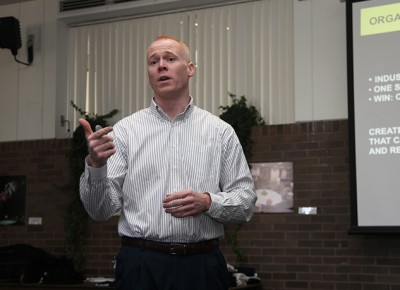 Keady Gives Audience a Glimpse of What's 'Behind the Swoosh'

Jim Keady of Educating for Justice told a crowd of students, faculty and staff about Nike labor practices in Indonesia as part of the Diversity Lecture Series last Wednesday. During his talk, . . .