President Barry M. Maloney has announced that Thomas J. Foley, retired colonel of the Massachusetts State Police, will be the 2013 Worcester State University commencement speaker.  He also announced the awarding of an Honorary Doctorate to be awarded to Mary K. Alexander, a distinguished former faculty member of the Lillian Goodman Nursing Department at WSU, and the conveying of WSU’s Community Service Award to Allen K. Fletcher, a Worcester community activist.  Worcester State’s undergraduate commencement is scheduled for 12 noon on Saturday, May 18th, at the DCU Center in Worcester.

Approved by the Worcester State University Board of Trustees on April 1, 2013, these honorees were nominated through a selection process organized by WSU’s Speaker/Awards Committee, chaired by Dr. Sebastian Velez, Assistant Professor of Biology.  The committee solicited nominations from the WSU community, the Board of Trustees, the Foundation Board and the Alumni Association Advisory Board.

Brief biographical details for the commencement speaker and the other two honorees follows below:

In 2004, he was awarded the United States Attorney General’s Award for Exceptional Service for his role in the Whitely Bulger/John Connolly investigation.  A career officer with the Massachusetts State Police, he rose to become its highest ranking officer in 2001.  Since retiring in 2004, he has taught criminology at the University of New Hampshire.  A native of Massachusetts, he earned a bachelor’s degree in criminal justice from Westfield State College, a master’s degree in criminal justice from Anna Maria College, and was certified as a Wiretap Technician through the Pennsylvania State Police Academy.  He is the author of the book, Most Wanted – Pursuing Whitey Bulger, the Murderous Mob Chief the FBI Secretly Protected. Colonel Foley will receive an Honorary Doctor of Humane Letters, Honoris Causa.

Dr. Alexander is a distinguished educator who pioneered efforts to provide seamless pathways to nurses for achieving educational goals.  Committed to the belief that nurses who further their education are better equipped with the critical competencies necessary to deliver outstanding patient care, including leadership, cultural competence, inter-professional collaboration, quality and safety, she has worked tirelessly to promote the advancement of nursing practice.  Former faculty member of nursing at WSU and the University of Massachusetts Graduate School of Nursing, she served as the Vice President for Academic Affairs at WSU and the Associate Dean of Graduate Nursing at the University of Massachusetts at Worcester.  She is a member of the Worcester State University Foundation and launched the successful initiative to name the Nursing Department after its founder, Dr. Lillian Goodman.

Tremendously giving of his time and his wealth to a wide array of community agencies and institutions, including but not limited to the Youth Center, the Craft Center and the Art Gallery at WSU, he was born in Worcester and graduated from Harvard University and the University of California at Berkeley.  He has not only been an activist in the community through media, such as photographs, he has practiced a variety of trades:  general contractor/designer/builder, publisher, writer and promoter of many good causes including the Canal District and Greater Worcester Land Trust. 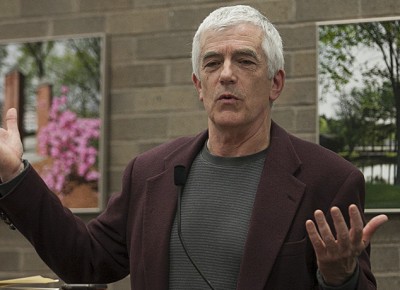