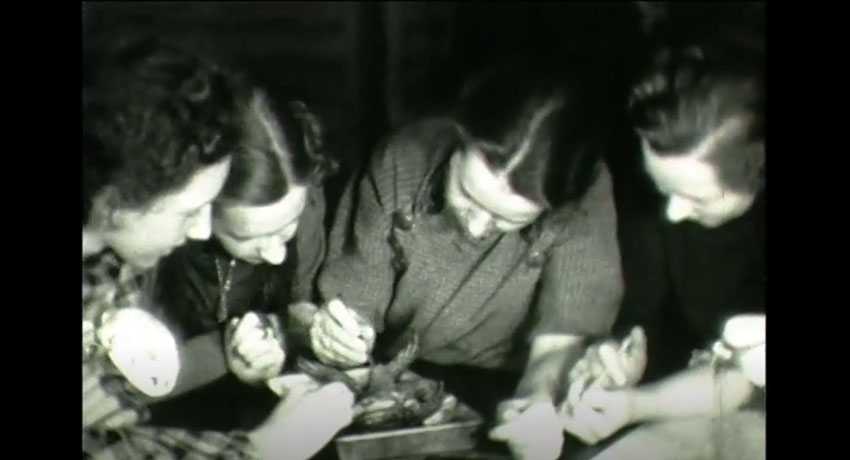 The colorless, soundless recording is just over three minutes long, and shows the students of 1936 engaging in a variety of activities. For example, in the film’s opening clip, the students can be seen practicing their handshaking, and in another later on, they can be seen working in a science lab. There is also, quite bizarrely, a sequence where the students perform a skit of a woman trying to sleep but is continually disturbed by ghosts wearing signs labeled with their school exercises.

Griffiths describes the structure of the film as being “loosely scripted,” with the segments fluctuating between seemingly candid, like when they are working in the lab, and more choreographed, like the handshaking exercise or the skit.

This dichotomy between the film’s styles is in line with much of the ambiguity surrounding the film. According to Griffiths, the film has tons of mystery surrounding it; it is unknown who in particular put together the film or their intention for doing so. Likewise, the students and faculty in the film have yet to be identified nor has any other film from 1936 surfaced.

Even the film reel itself is rather dubious. With a property mark from a California high school, the reel spent some time on the West Coast before being sent back to the University. Griffiths found the film as part of a collection of other films from the school’s history.

Despite all its mystery, the film still provides a lot of information about what being a student in 1936 was like. Since Worcester State was a college for teachers at the time, the film predominantly features female students and faculty, as the teaching profession was mainly marketed toward women. Appropriately then, the activities the students engage in are specifically demonstrative of the expectations of the mid-20th century, focusing a lot on appearances and conduct (like the handshaking exercise or the pageantry) in addition to pedagogy. It is also clear that Worcester State’s program was a stressful experience for students as revealed through the ghost skit.

Griffiths explains this segment of the film saying, “The students are demonstrating the ‘ghosts’ that keep teachers, colleagues, students awake at night. If you look at the signs the ghosts are wearing, each of those signs represents a particular benchmark for their student training.”

Although there are diaries and other texts that help illuminate the 1936 Worcester State experience, this film is a gateway that actually lets us peer back to that time and see what it was like. The joy, wonder, and stress of those aspiring teachers can all be seen here, and unlike any other class from this time, their moments live on to today through film.

The film is accessible to the public here. 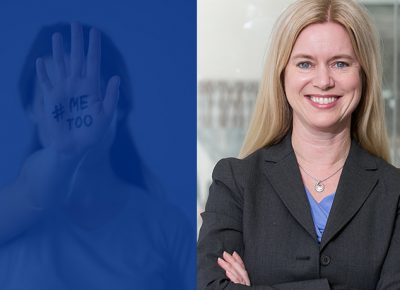 For Julie Frechette, Ph.D., the impact of the #MeToo and #TimesUp movements to end sexual harassment and sexual assault have been seismic, with reverberations felt from local to global spheres of . . .