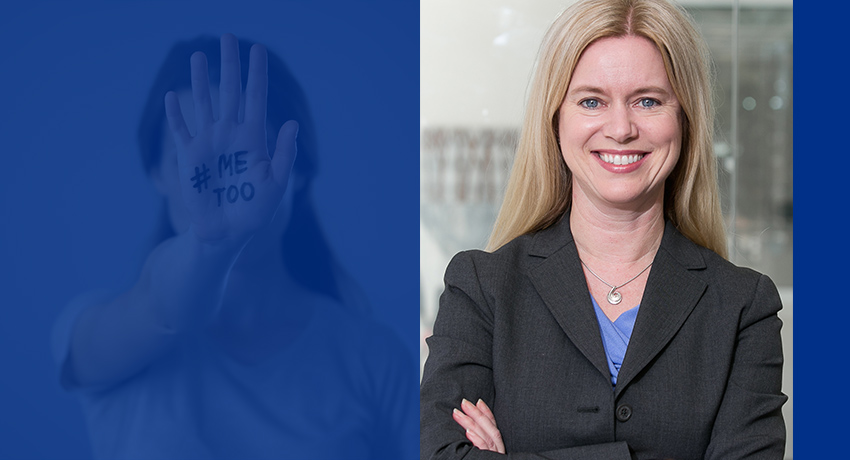 For Julie Frechette, Ph.D., the impact of the #MeToo and #TimesUp movements to end sexual harassment and sexual assault have been seismic, with reverberations felt from local to global spheres of society.

“As record-breaking numbers of individuals across various industries come forward with testimonies and legal action toward their harassers, popular culture has shifted to openly address sexual assault and sexual harassment. From Hollywood to Capitol Hill, #MeToo has amplified what were once privately held discussions across politics, news, sports, social media, television, film, music, popular books, and art, providing victims a platform to voice their stories and receive support,” says Frechette, professor and chair of the Communications Department.

In her new chapter, “The Reverberations of #MeToo on Pop Culture and Politics: How the Movement is Shaking Patriarchal Power Structures,” Frechette examines the social and organizational structures that lead to or enable sexual harassment.

“While feminist activists and scholars have paved the way to define and expose sexual harassment, the #MeToo and #TimesUp movements have forged a local-to-global people’s revolution aimed at calling out and ending sexual harassment and sexual assault. With 1.7 million #MeToo tweets extending to 85 countries in its first year, this revolution has exposed how far these forms of oppression have seeped into pop culture and politics in unprecedented ways, charting a new course for those fighting to end sexual harassment’s legacy.”

Frechette’s research is part of the book Gender, Race, and Class in Media: A Critical Reader, which draws from multidisciplinary issues of power that examine the economic and cultural implications of mass media as institutions. As part of the newly released sixth edition, Frechette’s chapter is one of 18 new readings that enhance the richness, sophistication, and diversity that characterizes contemporary media scholarship.

“There is no doubt that popular media shape public consciousness. From news reports on political issues to social media hashtags, the wave of media attention about #MeToo has translated into public discourses consumed by millions of Americans as well as global audiences. Studying the media’s treatment of sexual harassment and sexual assault is, to some degree, a study of mass-mediated cultural attitudes toward power and identity,” she says.

According to Frechette’s findings, the impact of #MeToo has been felt across politics, news, sports, social media, television, film, music, books, and art.  She studies how the dissemination of feminist discourses and social justice are transforming the media landscape through each medium’s unique appeal, popularity, and influence.

“What we’re seeing now are collective voices of resistance that are countering the media’s own patriarchal history. By including elements of #MeToo in their content, media producers and audiences hold considerable power in reflecting and prompting social and political change,” she says.

As part of her study, Frechette explores the journalistic news coverage of sexual harassment and sexual assault in Hollywood through the Harvey Weinstein scandals, as well as systematic abuse by Roger Ailes and Bill O’Reilly at Fox News.  Within the music industry, she documents the protest campaign #MuteRKelly and its ability to mobilize public uproar and swift action.

As Frechette explains, journalism and social activism had a powerful impact.  “In the aftermath of the Weinstein exposé, 201 prominent men lost their jobs due to public allegations of sexual harassment which included prominent CEOs and leaders in politics, business, television, sports, comedy, and other sectors, who were dismissed or lost contracts due to sexual harassment allegations.  And what’s interesting is that nearly half of their replacements were women.”

Her chapter cites multiple examples to show how #MeToo has changed pop culture.

“They include Saturday Night Live spoofs of Brett Kavanagh during his Senate confirmation hearings; HBO’s The Tale, featuring a disturbing drama of abuse based on Jennifer Fox’s personal life story; Rebecca Traister’s book Good and Mad: The Revolutionary Power of Women’s Anger; and the off-Broadway play ‘What the Constitution Means to Me.’ Each of these works is informed by the movement or responds to its wrath. Rape and sexual assault victims were provided a powerful role in shows including Law & Order: Special Victims Unit, The Handmaid’s Tale, and 13 Reasons Why.”

As Frechette contends, #MeToo and #TimesUp have forced pop culture and the media industries to explore female empowerment and sexual harassment as timely and relevant subjects in need of scrutiny.

“Even comedy broached the topic of sexual harassment and sexual assault with uncommon seriousness. Netflix’s surprise 2018 hit Nanette by Australian comedian Hannah Gadsby takes an unusual turn when jokes about Gadsby’s identity as a queer woman growing up in rural Tasmania shift to personally moving testimonies about the sexual assault and trauma she experienced as a young girl.”

As Department of Communication professor and chair, Frechette is experienced in teaching others about how the media impact ideas and behaviors.  “I’ve been teaching at Worcester State University for over 21 years now and these timely topics come up in my courses on Gender and Media and Media Criticism.  My students get really excited when we talk about the impact of the #MeToo movement on Hollywood and popular culture, and they have lots of examples that they share from their own experiences.”

For Frechette, what began as the media’s infatuation with celebrity gossip and sex scandals has led to several long-standing analyses of the movement’s impact across all sectors of society.

“There is no doubt that ‘sex scandals’ have always been used to increase ratings in advertising-driven media. However, the scope and depth of #MeToo narratives have made forceful impacts across all sectors of life. And while not all media have offered adequate or favorable coverage of #MeToo, the reverberations of the movement form a significant and meaningful set of discourses that shape our common culture—our history and values as shaped by lived experience,” she says.

Frechette hopes that the #MeToo and #TimesUp movements’ considerable power will continue to be amplified through progressive media that encourage collective resistance and structural change.

“In order to keep the feminist message from getting diluted, audiences will need to continue to demand that a wide range of issues related to sexual harassment, sexual assault, sex trafficking, and sexual discrimination continue to be sufficiently addressed across all media genres and channels, with victims given a fair chance to be heard and represented. In order for this to happen, women and members of the LGBTQ+ community will need to be given more opportunities to be at the helm of cultural and artistic productions, along with leadership roles within political and economic structures. Social media will need to continue to provide outlets for populist backlash and demands for change,” she says. 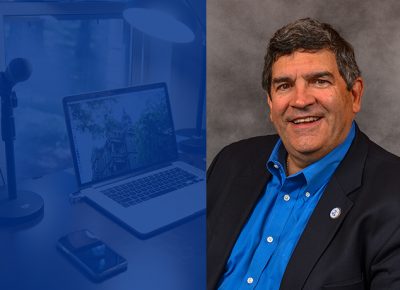 Our criminal justice system is often in the forefront of the news these days, with calls for reform increasing after this summer’s Back Lives Matter protests and the recent riot at the Capitol in . . .