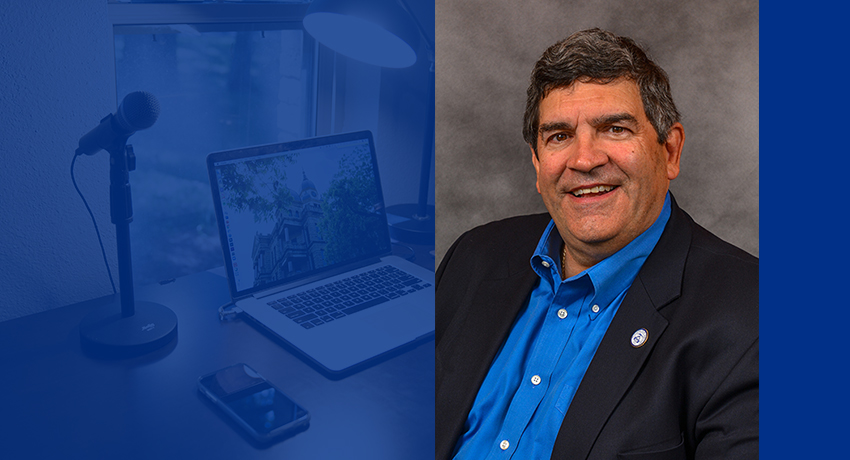 Our criminal justice system is often in the forefront of the news these days, with calls for reform increasing after this summer’s Back Lives Matter protests and the recent riot at the Capitol in Washington, DC.

But how do you improve law enforcement for the officers and police departments involved as well as the diverse communities they are sworn to protect?  To address these issues, Stephen A. Morreale, D.P.A., professor and chair of the Criminal Justice Department, has launched a podcast called The CopDoc Podcast, a title that reflects his experience as a retired law enforcement practitioner turned academic and scholar. The podcast, which focuses on police agencies and their leadership, can be found at www.copdocpodcast.com.

With six episodes already completed, The CopDoc Podcast delves into police leadership and innovation, with a focus on striving for excellence in the delivery of police services locally, nationally, and around the world.

Each episode consists of 30- to 40-minute interviews in which Morreale discusses ideas and experiences with thought leaders in policing and academia, as well as community leaders and knowledgeable people from other related government agencies. The discussions aim to highlight ways to improve police services and community relationships. Policing is all about relationships, Morreale says.

Using social media to spread the word, Morreale already has seen downloads from as far away as the United Kingdom, Ireland, Canada, and from the United States from Washington state to California, Florida, Tennessee and Kentucky.

The podcast engages practitioners who have a range of views and perspectives on police service and reforms to meet the high standards demanded of police and the ever-changing needs of communities across the U.S. and the world.

Morreale says some episodes will seek insight and perspectives on the highs and lows of policing, racism, and issues of police performance, while others will focus on leadership elements and approaches.

So far, he has interviewed professors and former practitioners from Suffolk University and Georgia State University. He also has spoken with the former sheriff from Los Angeles County and a police chief from Townsend, Mass.

Interviews he has lined up include Ed Davis, commissioner of the Boston Police Department from 2006 to 2013; Phil Knox, chief superintendent from the Police Service of Northern Ireland; a former executive of the Royal Canadian Mounted Police; a researcher from Queens University of Belfast, Northern Ireland; and the director of knowledge for the Australian Institute of Police Management. The focus is on leadership, decision-making, organizational change, and mental health.

To land those high-profile interviews, Morreale drew on his extensive experience in the criminal justice field, including as assistant special agent in charge for the U.S. Department of Health and Human Services, 20 years as a special agent, and managing agent with the Drug Enforcement Administration, and as an officer with the Dover, N.H., Police Department and the U.S. Army Military Police Corps.

“I call people I have known and worked with and ask, ‘Who do you reach out to for some advice?’ Who do you know who’s innovative and progressive? Who would you suggest I talk to?’,” he says.

Morreale has trained countless sergeants, lieutenants, and other mid-level managers and executives on aspects of leadership from throughout New England, while serving as a facilitator for first-line supervisors, mid-managers, and executive development sessions at the Justice System Training and Research Institute at Roger Williams University.

Morreale says the podcast also will provide a way to present students with a wider variety of ideas when he teaches Leadership in Criminal Justice, Law Enforcement and Society, and the Criminal Justice Capstone this spring.  “I will assign students to listen to the podcast and to find three or four learning points from, not what I said, but what the interviewee said. This will allow students to reach beyond the classroom,” he says.

He also is considering finding a student intern from the Communications Department to help with producing the podcasts. Morreale hopes to release a new episode weekly.

Morreale feels that life has come full circle since joining the faculty at Worcester State University. After high school, he studied radio and television communication in college, earning an associate’s degree in applied science communication from the former Grahm Junior College in Boston.  He interned at WBZ-FM before joining the U.S. Army. He hopes that those who listen will begin to reflect on the current state of police-community relations and look for ways to improve relations, treatment, and enhance service delivery. 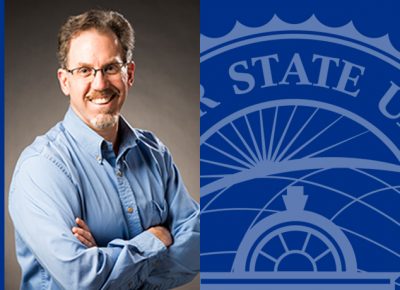 Computer geeks are usually guys, at least in the minds of most people. Karl R. Wurst, Ph.D., chair of the Computer Science Department, is principal investigator for a National Science Foundation . . .