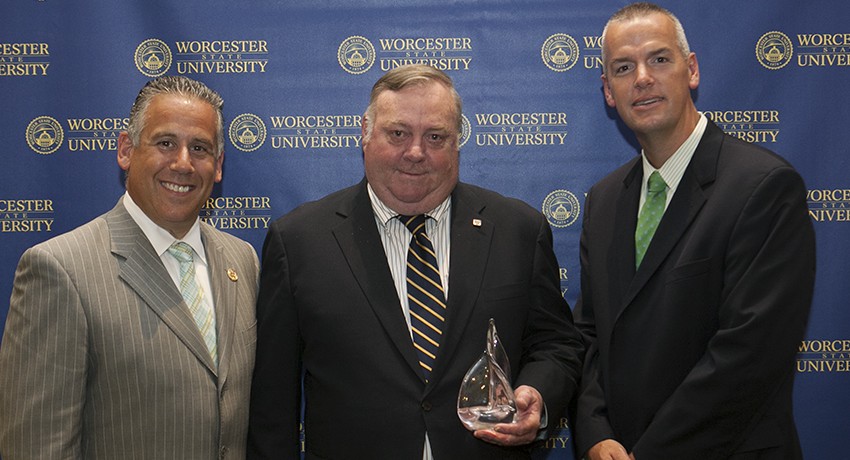 The Worcester State Foundation Board presented its new I. Robert Freelander Award for Philanthropy to The George F. and Sybil H. Fuller Foundation at its annual meeting on Tuesday, June 18.

The I. Robert Freelander Award was established to honor the late I. Robert Freelander, a philanthropist and community hero, role model, volunteer, employer, small business owner, leader and humanitarian. He was a charter member of the Worcester State Foundation Board, serving until 2005 when his health necessitated his resignation. He received an Honorary Doctorate of Humane Letters from WSU in 2002 and, along with his late wife, Aviva, created a scholarship at Worcester State University.

The successful founder and president of Come Play Products in Worcester, Mr. Freelander combined his business acumen with his intense concern for the physically and mentally impaired. Mr. Freelander served on numerous boards in the community, championing humanitarian causes for the handicapped, medical research, the elderly and the Worcester Jewish kinship.

Worcester State University has been the fortunate recipient of more than $1 million in total support and most recently was provided with an additional $300,000 grant to support the construction of its Wellness Center, which is slated to open in 2016. The Fuller Foundation was chosen as the first recipient of the I. Robert Freelander Award in recognition of its unwavering support of the University. 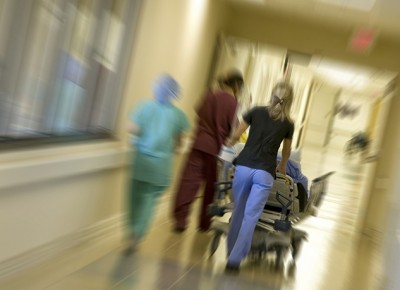 In recognition of Hospital Week, the UMass Medical Center paid tribute to its employees. Below, two of its nurses share their experiences with the Medical Center-sponsored BSN program in . . .