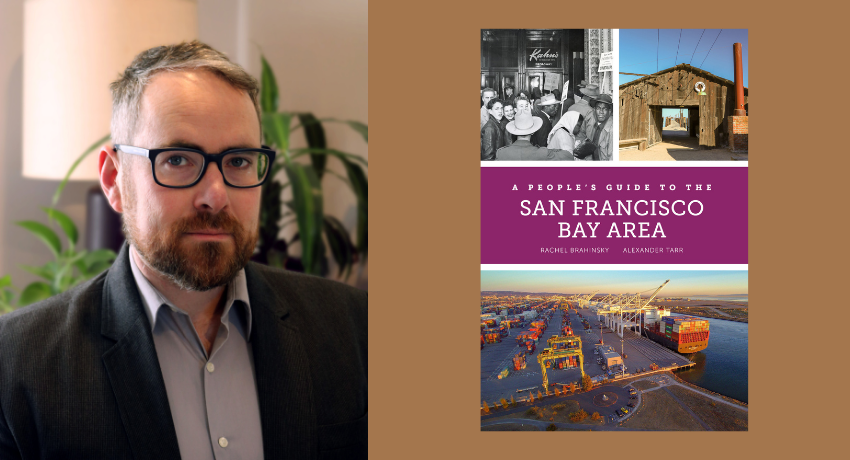 When Alexander Tarr, Ph.D., assistant professor of geography, enrolled at the University of California/Berkeley for his doctoral studies, he had the same sense of the San Francisco Bay Area that many who grew up elsewhere have.

“I was sort of like, ‘Oh yeah, the ’60s, peace, love, revolution,’ and all that,” he says. “I really knew nothing about the history of San Francisco and why the place is the way it is.”

That was in 2007, and Tarr has learned a lot about the Bay Area since then. He shares the results of his scholarly quest to understand the often tumultuous interactions of people and place in that area a new book he co-authored, A People’s Guide to the San Francisco Bay Area.

The book, written with Rachel Brahinsky, Ph.D., associate professor in urban and public affairs at University of San Francisco, will be published next month by the University of California Press. The UC Press describes it as an alternative history and geography of the Bay Area that highlights sites of oppression, resistance, and transformation.

“We wanted to help people think a little more critically about what makes the Bay Area the Bay Area and why people love it so much,” Tarr says. “But we also wanted to show the challenges people have faced and the many struggles there have been over who has the power to control the region.”

The book looks beyond the mythologized image of San Francisco to the places where collective struggle has built the region, the publisher says. It reaches beyond the customary cable-car and Golden Gate narratives to showcase the cultural and economic landscape of indigenous resistance to colonial rule, radical interracial and cross-class organizing against housing discrimination and police violence, young people demanding economically and ecologically sustainable futures, and the often-unrecognized labor of farmworkers and everyday people.

Reviews of the book have been glowing. “A People’s Guide is literally a tour de force of the Bay Area that opens a window to unseen landscapes of popular struggle, heartbreaking loss, and inspiring victories from the grassroots,” writes Richard Walker, author of Pictures of a Gone City: Tech and the Dark Side of Prosperity in the San Francisco Bay Area. “In place of the usual glorification of big business and builders, this book is witness to the way everyday people shape the city from the ground up.”

Tarr, who grew up in the Midwest, mainly Kansas and Illinois, moved to Los Angeles to do his undergraduate work at the University of Southern California. He lived in the San Francisco Bay area from 2007 to 2015 while completing his Ph.D. in geography at UC Berkeley.

“Where we started with this project is this is a place famous for social movements, like the rise of the LGBTQ movement to environmental movements, labor struggles, immigrant rights, a lot of things around education,” Tarr says. “We’re trying to make those stories a little more embedded in the actual landscape of the Bay Area, but also to talk about how the popular versions of those stories don’t always give us the whole picture.”

One series of changes that have seldom been written about happened in the area around the storied Filmore and Haight-Ashbury neighborhoods that many have come to associate with the hippie movement of the 1960s and early 1970s.

An important aim of the book is to record and preserve the lesser-known histories that tend to get lost over time. “The book really tries to bring some of those ideas forward and say things like, ‘It’s not that the 60s didn’t happen and there weren’t hippies, but it was just a much more complicated experience than that.’”

The upshot of that deeper look is understanding that If you were a working-class African American person in San Francisco in 1965, you might be having a very different experience of the city than middle class white kids coming to hang out in Golden Gate Park, Tarr says.

Tarr also encountered a few surprises while researching the book. “Something I had never really thought about is that the biggest city in the Bay Area is actually San Jose, and it’s the least studied city in California,” he says. “It’s the only city in the area with over a million people, but when we think of the Bay Area, we think of San Francisco, maybe Oakland, maybe Berkeley, so the thing that was most surprising to me was how little people actually know about San Jose, even though it’s the biggest and most dynamic city in the region, by far.” 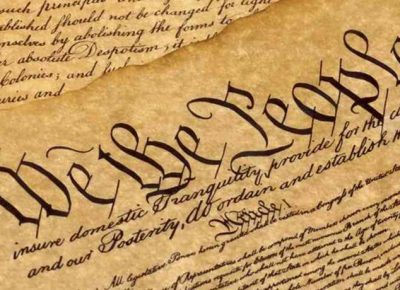 An online, moderated discussion will cover both sides of Massachusetts ballot question No. 2, the Ranked Voting Initiative, which asks voters to decide whether or not they should be allowed to rank . . .