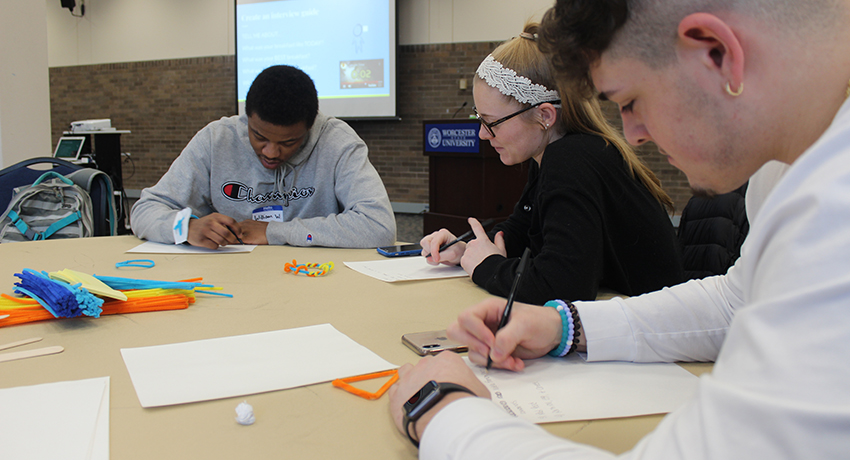 The entrepreneurship program at Worcester State is expanding by leaps and bounds with help from a recent $100,000 gift from John Esler, founder of Esler Companies. This gift supports students with a passion for identifying and pursuing new opportunities and creating innovative solutions.

“I’m convinced that a gift like this to a public university will make a big impact on students, providing them with many of the same resources seen at private institutions,” says Esler, who is not an alumnus and had no previous connection to WSU. “I hope this money will make a tangible difference in growing the entrepreneurial spirit of Worcester State’s students.”

Part of Esler’s gift is being used to fund WSU’s first Entrepreneur in Residence, Steve Dorval, former head of innovation at John Hancock, who hit the ground running this semester at the start of a one-year term. Dorval will act as a mentor for both students and alumni, offering advice on issues such as startup processes, business models, fundraising, and idea pitching. He will serve on the Center for Entrepreneurship’s advisory board and offer brown bag lunch conversations with faculty on entrepreneurship across the curriculum, among other activities.

Dorval is also working with Director of Entrepreneurship Elaine Vescio to plan and execute several events throughout the year, including a more robust version of the Robert K. O’Brien ’58 Next Big Idea Contest. The new iteration of the six-year old “Shark Tank”-type competition will involve a semester-long series of free workshops to support contestants in flushing out ideas, testing markets, creating business models, and pitching ideas.

The kickoff event is Worcester State’s first “ideathon” called WooMagine. An ideathon is a short, intensive brainstorming event to help participants generate fresh solutions to existing challenges in their communities. Students work in teams to imagine, refine, test, and create the solution, which may serve as a catalyst for an entry into the Next Big Idea contest. A grant from the Alumni Association’s Advisory Board is helping to fund WooMagine, which will take place in the Blue Lounge on Tuesday, Feb. 4, from 4 to 7 p.m. Dinner and prizes will be provided.

Registration for the Robert K. O’Brien ’58 Next Big Idea Contest is due by March 6, and initial round submissions are due on March 13. Semifinalists will be required to submit a two-minute video pitch that will also be judged by the public, with the most popular video receiving a Woo Choice Award. At the final round on April 14, participants will showcase their project at a Venture Showcase for judges.

Vescio says advisory board members and other interested alumni will serve as mentors to each team.

Money from Esler’s gift, combined with a grant from Santander Universities, will also allow bigger prizes for the contest, with the winning team receiving $5,000, second place $2,500, third place $1,000, and fourth and fifth place $250.

Evan Sterling was also hired as a paid student marketing intern for the spring semester. An experienced entrepreneur himself, Sterling is in the process of launching his own digital marketing company.

“We’re hoping the changes in the contest, as well as the additional support available, will help nurture the entrepreneurial spirit in our students, to give them the confidence to try something they’ve never done before,” says Vescio. “We want to structure the contest in a way where someone might say, ‘You’d be crazy not to be involved.’”

In the photo: Students participating in the inaugural WooMagine ideathon. 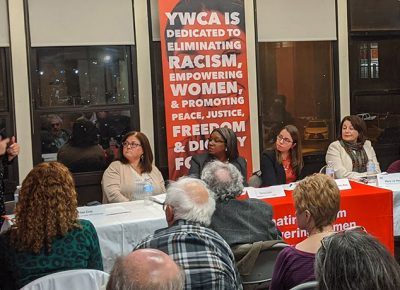