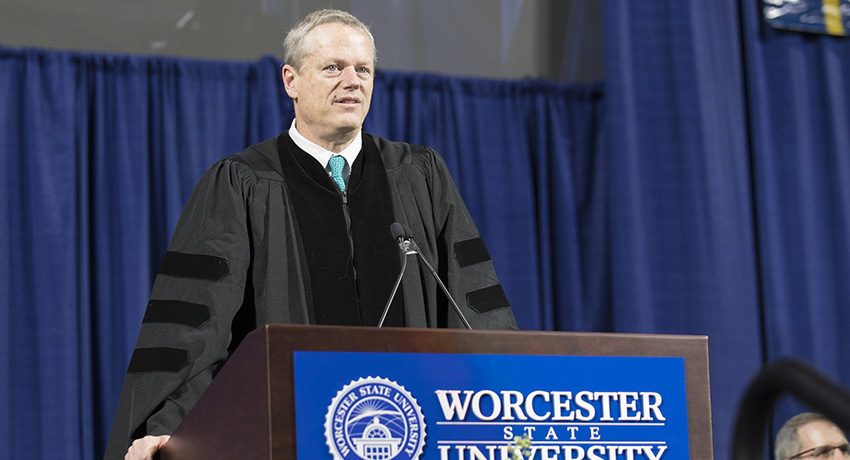 “I hope that at least one of them will stick with each of you,” he said.

“I don’t care if it’s a possé, a spouse, a soulmate, or a partner, or a neighborhood, it’s a complicated trip you all are embarking on, and it’s really important that you don’t go it alone,” Baker said.

2. Stretch yourself and don’t be afraid to fail.

“Anybody who does anything that matters fails at some point along the way,” the governor said. “Failure is almost always a part ultimately of success.”

3. Your first job is unlikely going to be your last.

“I had six jobs before I went to college, some of which don’t exist anymore because I’m wicked old,” he said. “And I’ve had 14 jobs since I graduated from college. A lot of these jobs were figuring out what I was good at and, just as importantly, what I wasn’t good at. And I learned a lot along the way.”

4. Take care of yourselves.

“That may seem like odd advice to give a group of young people, but over time, believe me, it will matter,” Baker said.

He recalled that in his first year as CEO of Harvard Pilgrim Health Care, he spent so much time working on “digging it out of the hole it was in” that he didn’t see his family at all Monday through Friday. When he finally showed up for dinner on a Friday night, his oldest son asked if he had been fired.

“It was a wakeup call that the balance that is so important in life had been lost,” he said.

“You will get so wrapped up in things along the way—work, neighborhood, advocacy, whatever—that everything else will turn dark,” Baker told the graduates. “I can’t tell you how important it is to maintain and sustain balance through that period of time.”

5. Don’t settle for average. Be more and do more than that.

“This has nothing to do with money,” he said. “Many of the people I admire most in life never made a lot of money, but they lived amazing lives. Worcester State’s history is loaded with these kinds of people.”

Quoting Teddy Roosevelt, the governor encouraged the graduates to “dare greatly. The opportunities are everywhere, you just need to find them and go…get…‘em!”

View the livestream recording of the entire commencement program. 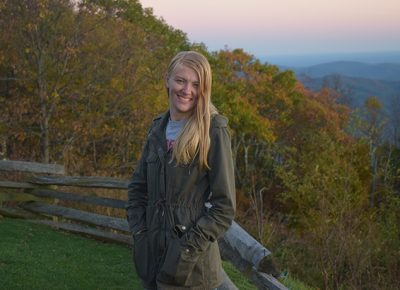 Senior Samantha “Sami” Vayo, who is deaf and has cerebral palsy, will celebrate two major accomplishments in the next three months. She will participate in commencement this month and compete in . . .