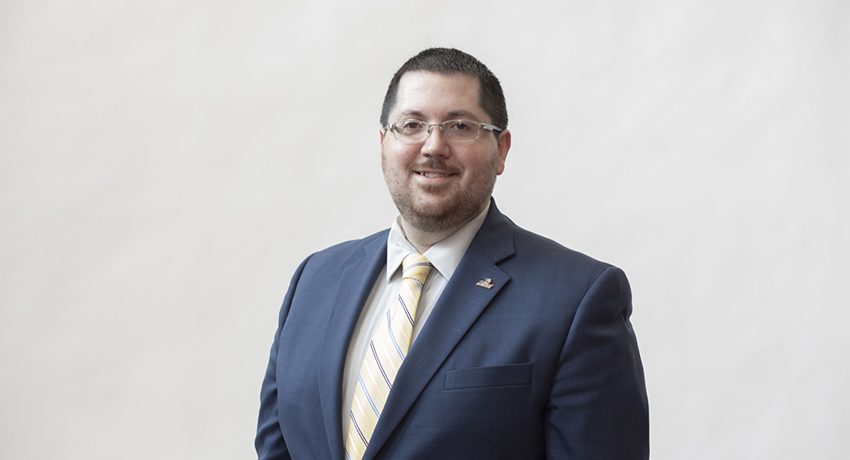 Five WSU Alumni Named to the List, the Most of Any Local Higher Ed Institution

Patrick Hare ’12, M.S. ’14, a staff associate in the WSU president’s office, will be recognized by the Worcester Business Journal (WBJ) with a 2019 40 Under Forty award. The 20th annual awards event will be held Sept. 18 at historic Mechanics Hall in Worcester and aims to honor the rising stars and young leaders who are standouts in the Central Mass business community.

In all, six Worcester alumni made WBJ’s 2019 40 Under Forty list, the greatest number from any local higher education institution. In addition to Hare, the WSU honorees are

Hare, 29, majored in psychology with a political science minor. He received a Master of Science in Nonprofit Management from WSU in 2014. Hare worked as a staff assistant in President Barry M. Maloney’s office for seven years and was recently promoted to staff associate and assistant for governmental and community affairs in the president’s office.

Hare says he is thrilled, but also a little surprised, to be selected as one of WBJ’s 40 Under Forty. “There are so many amazing young professionals in the Worcester area working hard to make a positive impact on our community. It’s an incredible feeling to be counted among this outstanding group,” he says.

Among his many contributions on campus, Hare conceived of and manages a leadership program in Washington D.C. that has taught about 100 Worcester State University students how to advocate on behalf of their fellow students and learn first-hand how governmental policy is made.

He plays a similar role with the annual State House Day, where Worcester State students join those from other state public higher education campuses on Beacon Hill to advocate for their concerns. He has taken on a leading role with other student groups and often is called on to represent Maloney at student events when he is unable to attend.

Besides his on-campus efforts, Hare volunteers for various community organizations, including as president of the Planting the Seed Foundation, a 501(c)3 organization dedicated to helping children and families in need throughout Worcester County with back-to-school supplies, toys for the holidays, and summer camp opportunities.

He also serves as the acting chair of the City of Worcester’s Diversity and Inclusion Advisory Committee, a post in which he advises the city manager and mayor on actions related to inclusion. Recently, he helped lead the committee in the important work of creating an affirmative action policy and plan for the city. Additionally, he has volunteered on successful political campaigns in the city and was selected to serve as an intern for both Massachusetts State Rep. John J. Mahoney of Worcester and U.S. Rep. Jim McGovern.

“Patrick Hare has long been a recognized leader on the Worcester State University campus,” Maloney said, in a letter recommending Hare for the honor. “Today, he is increasingly recognized as a city leader. In addition to his professional activities at Worcester State, he commits many hours to improving people’s lives through service and to acting upon his beliefs through political and civic engagement. At the age of 29, Hare is not only worthy of the 40 under Forty distinction, he could easily make a ‘30 under 30’ list.” 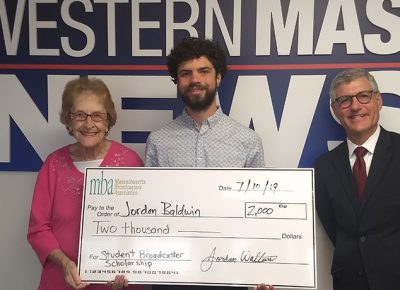