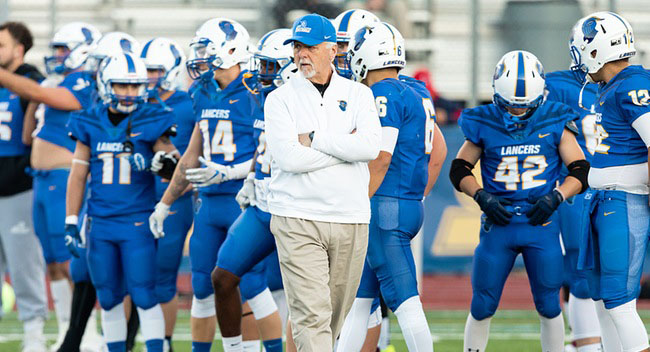 Cullen retires after 37 years at the helm of Worcester State football, and is the only head coach the Lancers have ever had since the program transitioned to full varsity status at the start of the 1985 season.

In the two years before Worcester State turned varsity, Cullen led the Lancers to a 19-3 overall record, including an 11-0 season that earned Worcester State the 1984 National Club Championship.

Cullen led the Lancers to at least a share of seven MASCAC titles during his tenure at Worcester State. He was a five-time NEFC Coach of the Year, and was named the 1996 New England Football Writers Divisions II and III Coach of the Year.

Prior to taking the reins of the football program, Cullen, a 1977 Worcester State graduate, was a four-year starter for the Lancer club team and was named All-New England his junior and senior years. In his senior season, he was the team captain and selected the team’s Most Valuable Player.

“It has been a privilege to be the head football coach at Worcester State University for the past 37 years,” said Cullen. “It’s been so fulfilling to see how much the program and the university has grown in that time. I want to thank all the student athletes who shared their time here with us to build up this program.”

“We want to thank Brien for his leadership of our football program over the last 37 years,” said Worcester State Director of Athletics Michael Mudd. “During my six years at Worcester State, Brien has become a good friend of mine. He is so well respected around our campus community and has done a remarkable job representing our football program and the University during his time.”

“To all our alumni and staff who have supported us throughout these years, our 50th anniversary celebration at Homecoming was something to behold,” said Cullen. “As a proud alumnus, I will continue to support the University’s vision of excellence.”

“Brien has developed hundreds of young men over his tenure, preparing them for the real world,” said Mudd. “Brien, his wife Mary, and their children, Casey and Kelly, have been an important part of Worcester State’s athletic family and the Cullen’s will always be a part of our Lancer family. We wish Brien the best in his retirement.” Associate head coach Adam Peloquin has been elevated to interim head football coach effective immediately, and will assume the role through the 2020 fall playing season. In the summer of 2020, a national search will be conducted for the head coaching position, effective at the end of the 2020 season. 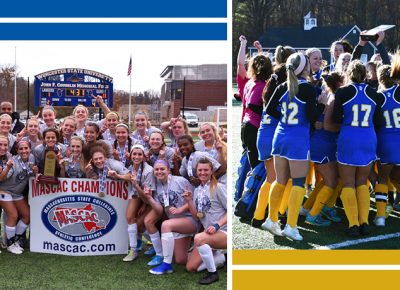