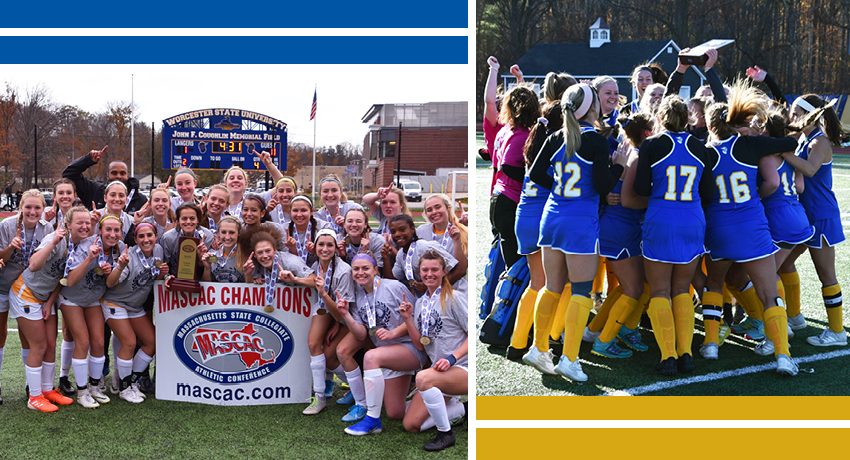 The field hockey team travels to Messiah College in Mechanicsville, Penn., for its first round NCAA tournament game on Wednesday, Nov. 13.

The women’s soccer team will play No. 7 Christopher Newport in the opening round of the NCAA tournament on Saturday, Nov. 16, at Johns Hopkins University in Baltimore.

Live statistics and video for both games can be found on WSULancers.com. Follow @WSULancers on Twitter and @WSU_Lancers on Instagram for the most up-to-the-minute news before, during, and after the games.

Worcester State is the first team besides Keene State or UMass Dartmouth to win an LEC field hockey championship since Southern Maine in 2003, and are the first LEC-affiliate member to win the conference. Senior Rachel Hopkins recorded a hat trick in the win, while senior Olivia Antonelli and juniors Alexa Bobbin and Sarah Duff each scored goals in the clincher.

In the women’s soccer championship game, junior Ali Maldonado scored the game’s only goal five and a half minutes into the second overtime. The goal was Maldonado’s team-leading 14th of the season, with freshman Haley Ferrin credited with her third assist. After the game, Maldonado was crowned the Tournament Most Valuable Player with four goals in three games, and at least one in each game. 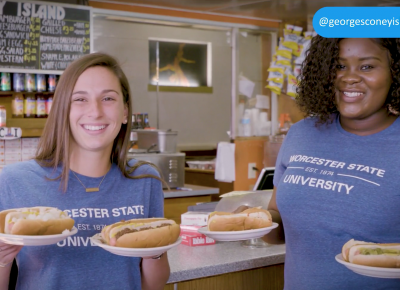 Consortium Video Highlights the Best of Worcester for Prospective Students

Worcester is the ultimate college town and a new video aims to show prospective students the highlights of the cultural renaissance currently happening here. From Shrewsbury Street’s restaurant row . . .