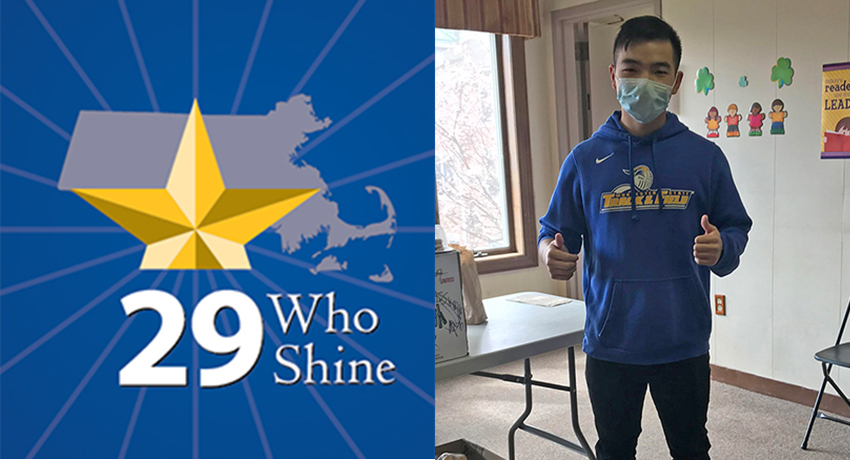 Hoang Vo ’21, an honors biology major, will be Worcester State’s honoree for the 29 Who Shine award, which will be given on May 13 at 2 p.m. Every year since 2011, the Department of Higher Education and Governor Baker presents a 29 Who Shine award to a graduating student from each of its 29 public colleges and universities who has demonstrated high academic achievement, a commitment to civic engagement, and plans to continue working in the state after graduation.

Vo, who is minoring in chemistry and psychobiology with a pre-med concentration, has participated in many community service projects while a Worcester State student. He has worked with the Tatnuck Brook Bridge Project of the Greater Worcester Land Trust, and the Ascension Emergency Homeless Shelter, taking care of its clients by preparing food and playing games, among other activities. As a Presidential Student Ambassador (PSA), Vo helped led a group to make a thank you video for frontline workers last year.

“Before I became a PSA, before the pandemic began, I was already pretty involved in volunteer work. It has always been important to me to give back to the community. I don’t have a real motivation––it was how I was raised, and it’s just the right thing to do,” Vo says of his volunteering.

Currently, Vo is serving in COVID-19 vaccination clinics throughout Worcester, working in a variety of roles, such as checking in patients, scheduling appointments, and even administering vaccines. He is coordinating with other PSAs to create and distribute hygienic bags to the homeless of Worcester. Upon graduating, Vo wants to enroll in an M.D./Ph.D. program, but first plans to take a gap year so that he can prepare for the medical school entrance exams.

“I’m honored to be WSU’s recipient of the 29 Who Shine award,” Vo says. “I want to thank my many mentors and professors––and the PSA coordinator who nominated me, Julia Demkowicz––who all gave me so many opportunities to succeed and reach out. I plan to continue giving back however I can, and hopefully someday, it’ll be as a physician.” 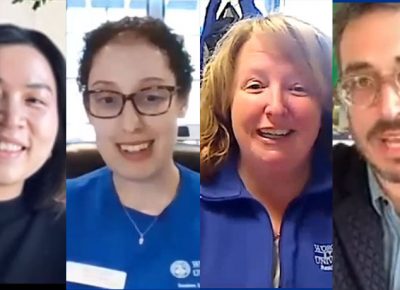 The Binienda Center for Civic Engagement held its annual ceremony honoring students and staff members of the Worcester State community for their service in the past year. Hosted by Director . . .