In the Spirit of the Season, Worcester State Gives Back to the Community

This December, Worcester State University spread some holiday cheer by participating in annual charity toy drives that allowed students, faculty, and staff members to donate to those in need. Thanks to the generosity and compassion of the Worcester State community, the university collects hundreds of toys every year to bring smiles and joy to the children of Worcester.

One of the featured toy drives is the Snowflake Project, an event organized by Residence Hall Programming Council and the Guild of St. Agnes that has been running for four years. The idea is simple, yet effective: participants pick out a mitten decoration, which is labeled with a child’s age and gift request, and drop their respective gifts off at the POD in Sheehan Hall. After the gifts are collected, resident students wrap them up for delivery.

This year, over 200 toys were collected for the Snowflake Project, which allowed the organizers to donate an additional 100 toys for the Elizabeth Todorov Toy Drive, through the UMass Memorial Child Life program, and around 40 toys to a current student and his four siblings who are having a tough time this winter after the loss of their mother.

“Our success is in part due to the kind and giving nature of the students and their willingness to help others in our local community,” said Kristen Nelson, director of the Snowflake Project and Associate Director of Residence Life and Housing. She also noted the generous help of University Police, who held their “Stuff the Cruiser” toy drive and split their collection between Residence Life and the President’s Office (Planting the Seed Foundation). Officer Weigold and Lieutenant Vigeant helped to organize the event.

The President’s Office annual Holiday Toy Drive for the Planting the Seed Foundation brought in a record number of donations from the WSU community. The non-profit organization was founded 35 years ago by former Worcester State students Paul LaCava, Matthew Stepanski, and Richard Halvinson, who had the idea of hosting a party where their guests would bring toys for children in need.

“What started as a house party where guests donated toys instead of beverages has become a successful charity that helps thousands of low income families of Worcester County,” explained Patrick Hare, board member of the Planting the Seed Foundation and staff assistant in the President’s Office. The WSU community directly contributes to two of PTS’s events, Stuff the Bus and the Holiday Toy Drive.

All toy donations from the Planting the Seed’s Holiday Toy Drive at Worcester State are dropped off at the Worcester Fitness Center on Grove Street for the organization’s Christmas toy-drive party, and are delivered by various organizations such as the Family House, New England Dream Center, the state police, the Worcester Police Department’s gang unit, Central Massachusetts Housing, Boys & Girls Club, local firefighters, and local churches.

In addition to the two large-scale toy drives, university departments, student organizations, and individual staff members sponsor numerous collection efforts to support those in need during the “season of giving,” such as collecting hats and mittens for Worcester school children. 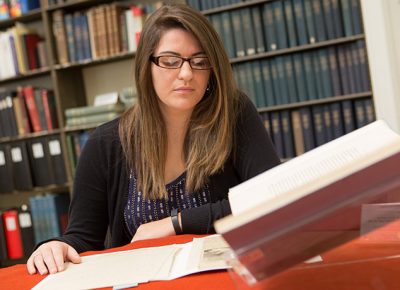