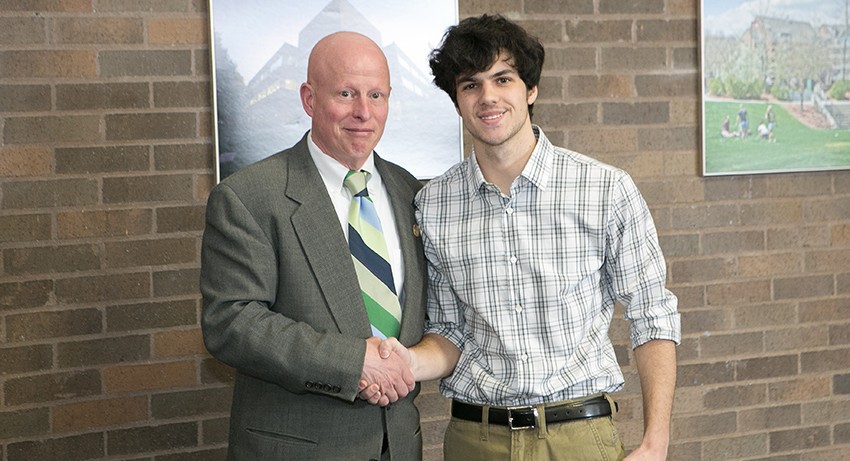 The Worcester State community acknowledged the service of numerous students, faculty, and community members at the Celebration of Service on Tuesday, April 12.

Together, the Intergenerational Urban Institute and John J. Binienda Center for Civic Engagement “decided to sweep the campus to have a celebration for all who are involved,” said Maureen Power, IUI’s executive director.

Mahoney was honored for being an advisor for Worcester State Enactus. For 13 years, she has guided WSU’s future civic entrepreneurs. By teaming up with Reyes House and Café Reyes in Worcester, Enactus members have researched and created several series of modules to deliver financial literacy and education about health-care acquisition to the Latino community in greater Worcester, Mahoney said.

“WSU students did it all,” she said. “I supervised, poked, prodded, and encouraged, and was there for them when they needed my knowledge or advice.”

Mahoney ensures continuity as Enactus members take on new projects. “Enactus provides a mechanism by which we tackle real-world problems and provides students with real-world skills,” she says. Other student-led projects include the On-Guard Initiative 5K, a financial literacy project for Latino Education Institute members, a peer-mentoring program, and the new Trew Friends Expansion initiative.

In 2015, Jumpstart launched a new site in Worcester with the help of WSU, the United Way of Central Massachusetts, Massachusetts Service Alliance, and the Amelia Peabody Foundation. A partner company of Americorps, Jumpstart works closely with preschoolers to foster early development. They do so by placing corps members, typically college students, for weekly one-on-one reading sessions with at-risk children, a model that has proven to be successful. In its first year in Worcester, Jumpstart served 80 children out of 11,000 nationwide.

Naila Bolus, president and CEO of Jumpstart and former executive director of the Ploughshares Fund, delivered the keynote address. She told the story of a little boy named Cedrick who was in a Jumpstart program. After reading the book Dear Juno with his Jumpstart tutors, his group of preschoolers were asked to write a letter just like the characters in the story. Cedrick decided to write the names of all the Jumpstart tutors for his letter.

In addition to showing that he could write all the names at such a young age, “it illustrated something much more important, and that is relationships,” Bolus said. “I would argue that at a time in our country when we are so divided…those relationships are critically important.”

She asked how many in the audience felt transformed by their service, and many raised their hands. “As we celebrate your accomplishments today, I hope that you take a moment to reflect on the meaning of your service,” she said. “You’re part of a massive movement in this country. It is a critical mass, and you have the courage to persist in face of obstacles.”

Leader in the State

Massachusetts Commissioner of Higher Education Carlos Santiago, who was visiting the campus for the day, stopped by to congratulate the awardees. He credited them for being “the ones who are leading the way” and “doing the heavy lifting.”

“Civic engagement is something the Board of Higher Education is very interested in,” he said. “It’s one of our seven goals. This campus is a model in that work. It’s a leader in the state.”

Santiago was accompanied by WSU President Barry Maloney, who said in his welcoming remarks: “Today’s event is a very special one. It recognizes the 14 years of service our student have had in our community.”

The Binienda Center also awarded psychology major Timothy Prichard with the John J. Binienda Public Service Award. He was honored for his dedication to the WSU and Worcester communities. He has devoted extensive amounts of his time not only to Jumpstart, but also to the Binienda Center, the WSU Bike Share Program, driving other students to events and service projects off campus, and presenting on CLEWS (Community and Leadership Experience at Worcester State), said Binienda Center Director Mark Wagner.

“I understand that…sometimes the work students do isn’t immediately paid off,” Prichard said in explaining how he recruits students to become more civically engaged, a pursuit that he’s made his mission. “The hard work and dedication are beneficial and can offer so much to a neighborhood, community, or school.”

“It’s amazing how much a painted classroom or a cleaned up street corner can boost the morale” around Worcester, he said. Plus, the satisfaction of volunteering and potentially enhancing someone’s education or life is worth every second.

The Celebration of Service, started 14 years ago by IUI, is held in commemoration of Evelyn Deignan, a WSU elder student who played an indispensable role in the initial development of IUI’s programs.

Both IUI and the Binienda Center wish to see “civic warriors” such as Deignan, as well as the many who have followed in her footsteps, celebrated and rewarded for their “outstanding intergenerational leadership and service to the Worcester community,” Wagner said.

The following awards also were presented at the event:

The event featured other acknowledgements for service:

Other students were recognized for awards they will receive later this semester: 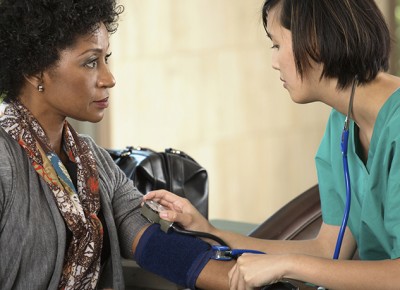