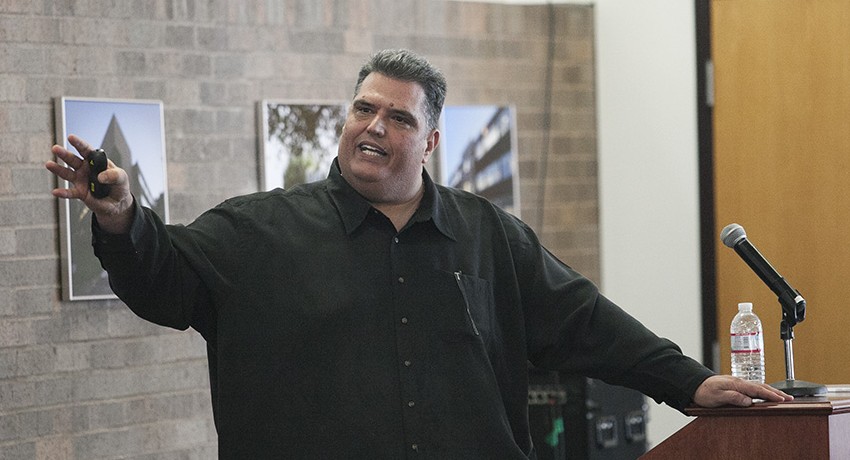 Becoming a convincing undercover FBI agent who successfully infiltrates a mob family or drug ring requires such serious attention to detail that the Federal Bureau of Investigation has created special programs to help agents return to normalcy once cases end.

Retired FBI agent and author Joaquin “Jack” Garcia  shared these and other fascinating insights into the requirements of undercover law enforcement during a lecture Monday, February 25 at Worcester State University that was sponsored by the Criminal Justice Club and Student Events Committee.

In his 26 years of service with the FBI and as an undercover FBI agent in over 100 major undercover operations, Garcia is best known for his undercover role as “Jack Falcone,” a self-described Sicilian jewel thief and drug dealer from Miami, Florida, who infiltrated the Gambino crime family of La Cosa Nostra in New York for nearly three years. The case resulted in the arrest and conviction of 39 mobsters, including the top members of the post-John Gotti Gambino crime family.  He wrote about his experience in “Making Jack Falcone: An Undercover FBI Agent Takes Down a Mafia Family.”

“I chose the name Jack Falcone to honor Italian Judge Giovanni Falcone,” who took on the Italian mob, Garcia said. The judge, his wife and three body guards were assassinated by the Italian mafia in 1992 when a bomb went off as they drove under a bridge.

Garcia, who came to the United States from Cuba in 1961 when he was 9, played his undercover role so convincingly that he was even proposed for membership into La Cosa Nostra.

He went to “mob school” mainly to learn the mob’s language of food. For instance, it’s important to call spaghetti or marinara sauce gravy and ham prosciutto—and pronounce all the words correctly, he said.

He went so far as to find a side-by-side grave of a couple with the last name Falcone in the Miami area just in case he was ever there with mob associates and they suggested they go put flowers on his parents’ graves.

“You’ve got to think ahead because (one slip) could put you into a compromising position with the mob,” Garcia said.

It was this kind of “slip” that ended Garcia’s work on the case. The FBI pulled him out of the La Cosa Nostra investigation after he did not join in the beating of an associate in a department store, which violated a family “rule.”

He touched on why he drew the line there that day when a student asked about his thoughts on the Whitey Bulger case. “We’re in the business of preventing crime, not creating crime,” Garcia said. “Committing a crime while you are undercover is wrong. If you don’t get the bad buy today, you can get the bad guy tomorrow.”

During the trial against members of the Gambino crime family, Garcia had the option to shield his identity when he testified, but declined. “The reason I did this is because, what kind of message would I be sending to our informants?” he said.

Garcia was an FBI agent from 1980 to 2006. Inspired by Al Pacino’s character in “Serpico,” he attempted to join the agency right after college. A couple of years later, he contacted an office about his application after watching a TV interview with an agent who said the FBI had a particular need for Spanish-speaking FBI agents. “That’s when I found out I wasn’t a U.S. citizen,” he said. That changed in 1976.

Garcia traced his undercover work on drug cases in Philadelphia and New York before talking about his work on mafia cases. He showed a variety of pictures, including kilos of cocaine confiscated after a raid, the intestines of drug-running “mules,” and submarines cartels are building to transport illegal drugs to the United States.

Students wondered if Garcia still has habits he developed trying to fit into La Cosa Nostra and if he misses that life. He joked that instead of having chefs telling him what he would eat at some of New York’s famous restaurants, he now has to wait for tables at restaurants. And his life has slowed down considerably. “I went from 78 rpm to a snail’s pace,” he said.

It’s those kinds of life-style changes that take a toll on undercover agents after they stop working on cases. “The FBI monitors undercover agents for signs of trouble as they become consumed by their mobster identity,” Garcia said.

When asked if the FBI let him keep anything from his undercover work in the mafia, Garcia quipped, “Not even my underwear.” 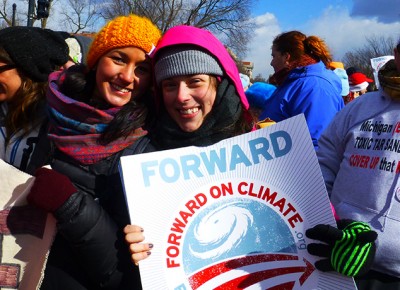