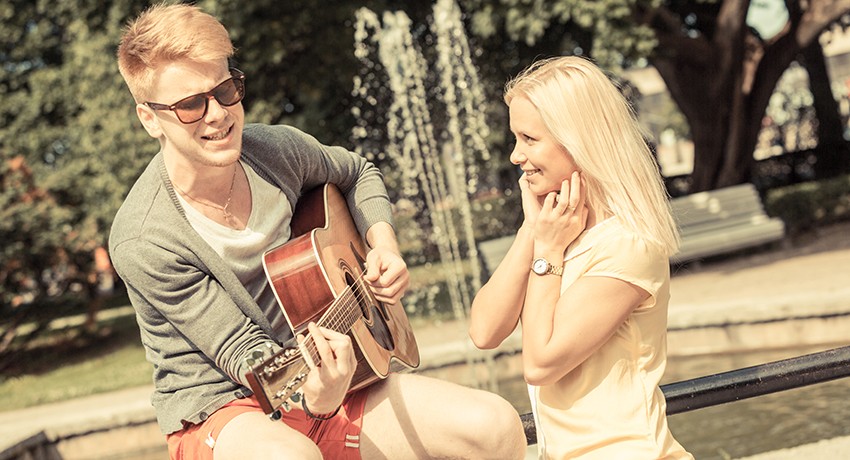 Most of us enter this world with a scream. Matt Johnsen probably entered with a song.

Music has been an indelible part of Johnsen’s life since childhood. “I started piano lessons in third grade in Baltimore,” he said. “In fourth grade, I added the baritone horn.”

Johnsen, an assistant professor in the Sociology Department in his second year at the college, has added instruments and other musical skills to his life. He’s played the organ and piano at his church for 30 years—no matter where he has lived. He’s directed choirs, too. He currently directs and sings in—the Worcester Master Singers to Go group.

It’s no surprise, then, to find that his 2008-09 mini-grant project is entitled The Singing Revolution: Music and Social Change.

What is surprising is that the singing revolution he’s studying happened in Estonia, which used music to gain its independence from the Soviet Union in 1991.

“There was not one shot fired,” Johnsen said. “Nor was a life lost. As someone interested in non-violence and music, I find this an amazing revolution to study.”

Estonians publicly sang patriotic songs from 1987 to 1991. At the height of their singing revolution in the summer of 1990, something like 28,000 singers and musicians, plus more than 300,000 people listening to them, sent a clear message of the desire for Estonian independence.

“These singers kept alive the concept of Estonian nationalism,” Johnsen said. “You can’t imagine that music would have that kind of power, that it could free them from decades of Soviet occupation.”

He acknowledges that few Americans know about this revolution. In fact, he didn’t know about it until he visited Tallinn, Estonia’s capital, about five years ago for a conference. While there, he learned of a singing festival that brings 25,000 singers to one stage. The Estonian Song Festival started in 1869 and occurs every five years at the Tallinn Song Festival Grounds.

For a singer like Johnsen, this sounded like heaven. One question led to another, which led to his discovery of the singing revolution.

“I wasn’t aware of this social movement that used music to achieve independence,” he said.

Fascinated by what he learned, Johnsen began collecting material about the revolution. Tallinn has a museum devoted to the 1987-1991 period of singing.

This summer marks the 20th anniversary of the successful singing revolution, he said. The best choruses in Estonia, 865 of them, will be on that stage at the same time.

Johnsen will be there, too. His mini-grant will support travel to Estonia for a week. He’s constructing a sociological interpretation of what happened during the revolution. He hopes to make the story more accessible by publishing articles and making presentations on this nonviolent movement for independence.

He’s already sharing his knowledge with students. He teaches a freshman seminar on Music and Social Change as well as a special topics course in sociology with the same name.

The other part of his mini-grant project is a series of campus events this spring. The theme? Music and Social Change. On March 9, guitarist, singer, and composer Jim Scott will perform with Master Singers to Go. Scotts music incorporates elements of the green revolution.

The series culminates April 27 with a screening of the documentary “The Singing Revolution” by Jim and Maureen Tusty, which focuses on the Estonian movement for independence. 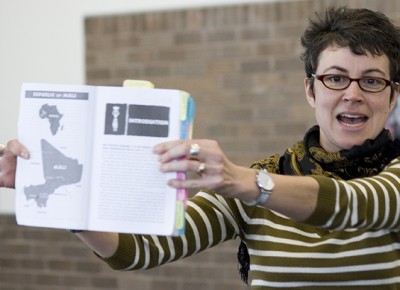 What began as service in the Peace Corps blossomed into an enduring friendship and support of a cause to improve the health of women and children a world away. Kris Holloway, the acclaimed author . . .