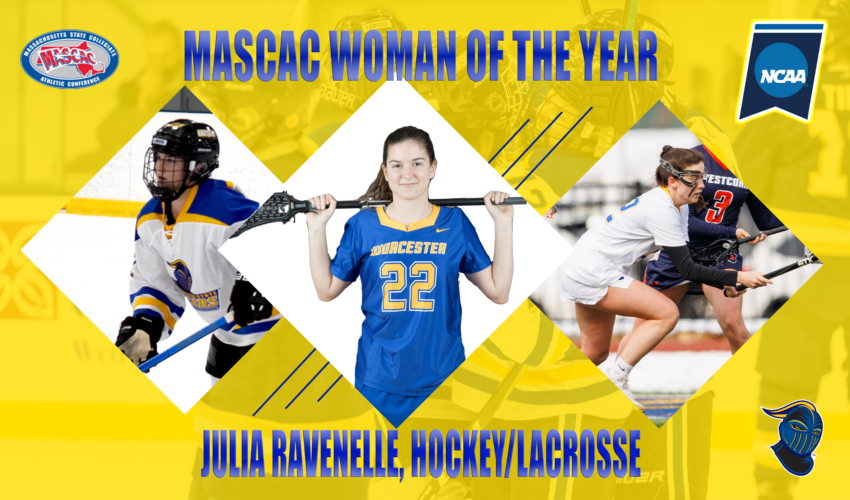 Julia Ravenelle ’22 nominated as 2022 NCAA Women of the Year

Former Worcester State University Women’s Ice Hockey and Lacrosse standout Julia Ravenelle has been nominated for the 2022 NCAA Women of the Year Award. The National Collegiate Athletic Association (NCAA) has announced the 577 college athletes, across all divisions that have been nominated for the 2022 NCAA Women of the Year. The 32nd year of the award, aims to highlight graduating female student-athletes who exemplify the four key pillars of the award, Academics, Athletics, Service and Leadership. With 2022 marking the 50th Anniversary of Title IX, this award is an important opportunity to honor our current female athletes. Those nominated for the award this year range from 125 multi-sport student-athletes, including 78 two-sport athletes, 46 three-sport and one four sport athlete, with an average GPA of 3.8.

During her college career, Ravenelle maintained a 4.0 GPA, being inducted into the Chi Alpha Sigma Honor Society and receiving the prestigious Margaret “Peg” Nugent Scholar Athlete award for Worcester Stare this past May. While a dedicated student-athlete, she also was an active member of her community assisting with various organizations such as Working 4 Worcester, the Worcester County Sheriff’s Department Toy Drive, and sharing her passion with the Worcester White Hawks in 8-14u skills clinics. Her dedication to service spreads near and far, with her active involvement in the OneLove Campaign, an organization dedicated to raising awareness about domestic violence education and building healthy relationships, as well as an active Pen pal for the Pen pal Field Day. Ravenelle was a member of the Worcester State SAAC and is heavily involved in assisting with the Special Olympics of Massachusetts.

Ravenelle was a two-sport athlete in Ice Hockey and Lacrosse at Worcester State after transferring from Becker College for her senior year. She was named as Captain for the Lancer’s Inaugural Women’s Ice Hockey Season where she appeared in 23 games scoring two goals with nine assists for 11 points on the season. She recorded only 36 penalty minutes with a +13 +/- rating as a power play and penalty kill staple for the team helping to lead her to 2nd in the team in defensive scoring. Ravenelle was named an ECHA First Team All-Conference selection at the conclusion of the season.

As a member of the Worcester Lacrosse team, she appeared in 16 games and accumulated 15 goals 37 points for the Lancers, placing her in the top-two for midfielders in both categories on the team. Her 22 assists for the 2022 season also garnered her a top-two finish on the team, and first among midfielders. Ravenelle was not just a powerhouse on attack, but dominated on the field as well with 32 ground balls, 58 draw controls and 17 caused turnovers on the season leading to her MASCAC Second Team All-Conference Selection. 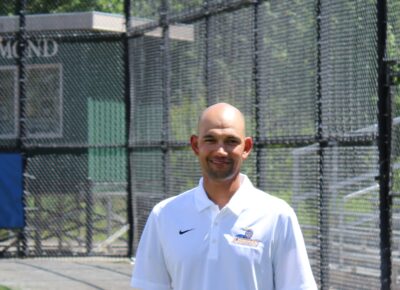 Worcester native Phil Price has been named the new head baseball coach at Worcester State University,  announced today by Director of Athletics Michael Mudd.   Price is the founder and president . . .