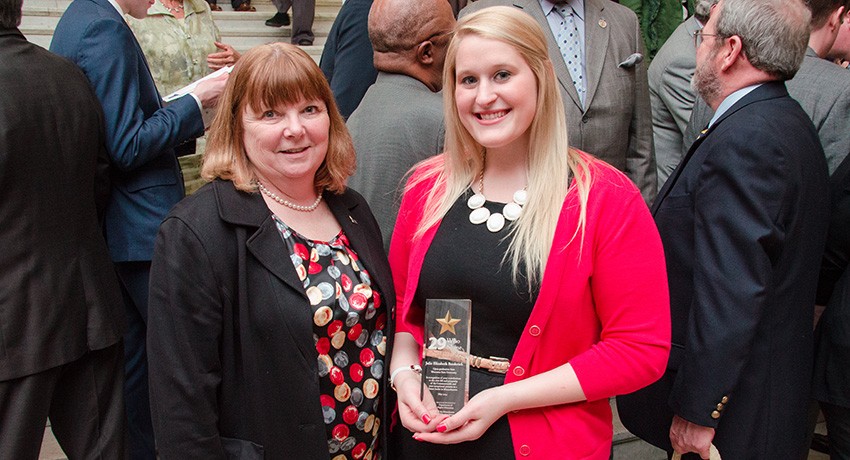 Worcester State University, the Board Chairman and Commissioner of the Massachusetts Department of Higher Education and legislators honored Whitinsville resident and student entrepreneur Julie Broderick at a State House ceremony in Boston this Thursday, May 8.

Broderick was selected as Worcester State’s recipient of the Commonwealth’s “29 Who Shine” award, honoring an outstanding student from each of the state’s 29 public higher education campuses. A graduating senior Business Administration major and honors student, Julie used her entrepreneurial talents to create the On-Guard Initiative, a nonprofit organization that aims to raise awareness of the mental health issues and suicide prevention among correction officers and to foster a community of support for the officers and their families.

In 2013, Broderick hosted the first annual On-Guard 5K Road Race, which raised over $10,000 since its inception. She has used her exceptional communication and networking skills to garner the support of local, state and federal unions, the Worcester County District Attorney’s Office, the Worcester County Sheriff’s Academy, and a host of other individuals and organizations to ensure On-Guard’s success.

“I know I want to run a non-profit organization providing excellence with dignity to those in need,” says Broderick.

“There is a new breed of student who thinks outside of the box,” says Worcester State University President Barry M. Maloney. “Julie Broderick is a great example of how a Worcester State University education fosters the entrepreneurial spirit. I have no doubt that the experience she gained here will give her the tools to run her own business—and allow her to fulfill her dream of making a difference via a nonprofit service organization.”

Each of the Commonwealth’s “29 Who Shine” awardees is chosen by their host campus, based on academic achievements and civic contributions to the Commonwealth. Students are required to be residents of Massachusetts who have a strong academic record and a history of civic engagement.

“Our public college and university graduates are ‘here to learn and here to stay,’” says Richard M. Freeland, Commissioner of Higher Education. “These outstanding individuals are citizens of the state who plan to build their lives and livelihoods here in Massachusetts. They have delivered a big return on the taxpayers’ investment in their education and we are delighted to honor their achievements.”

Campus presidents and UMass chancellors, legislators, students, family members and faculty attended awards ceremony. Each student honoree selected a faculty or staff mentor who provided guidance and support throughout the student’s years in college. The faculty were honored at a celebratory luncheon sponsored by the Massachusetts Teachers Association, following the awards ceremony. 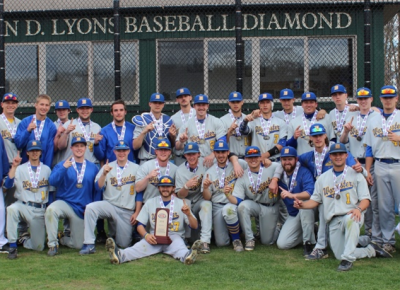