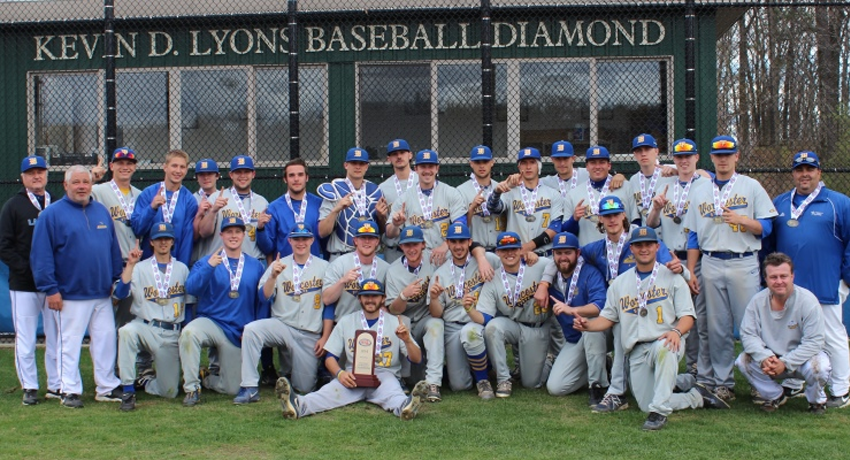 Worcester State University freshman Andrew Wells (Methuen, MA) fired a seven-hitter with three strikeouts as he helped top-seeded WSU earn the 2014 MASCAC Baseball Tournament Championship in a 5-3 victory over No. 2 Salem State at the Kevin Lyons Baseball Diamond this afternoon.

Winners of 13 out of their last 15 games, the Lancers improve to 25-15 overall and earn the conference’s automatic bid to the NCAA Division III Tournament. WSU also registered their fifth tournament title and first since the 2010 season.

The Vikings, who are ranked fourth in last week’s NCAA Division III New England regional poll, fall to 29-15 with the setback. Salem State waits until Sunday to see if their squad is chosen for selection as an at-large team for the tournament field.

Worcester State took the early 1-0 advantage over in the top of the second on an RBI single by junior Jeff Bolio (Oxford, MA) to score classmate Zach George (Attleboro, MA), who reached base on a lead-off walk.

Junior Ryan Beliveau (Lynn, MA) helped the Vikings take over the 2-1 edge in the bottom of the third with a two-run single to drive in freshman Alex Toomey (Beverly, MA) and sophomore Mike Davis (Peabody, MA). Toomey started the rally by reaching on a miscue by the shortstop and Davis followed with an infield single before both moved up one base on a sacrifice.

Salem State made it a 3-1 contest in the bottom of the fourth when senior Kyle McElroy (Newburyport, MA) notched doubled in senior Matt Burgess (Kingston, MA). Burgess began the frame with a two-bagger of his own for his ninth of the season.

The Lancers answered with single runs over the next two frames to knot up the score 3-3.

Sophomore Dennis Duplessis (Marlboro, MA) lifted a sacrifice fly in the top of the fifth and then freshman Adam Barry (Auburn, MA) came up with a clutch solo home run to tie things up in the sixth that flew over the newly constructed scoreboard in right center and landed on the adjacent softball field.

Worcester State took the 4-3 margin over in the top of the seventh when sophomore Steve Wallace (Auburn, MA) helped score Bolio on a deep fly ball to right field with the bases loaded.

Duplessis helped give the Blue and Gold some insurance in the ninth for the two-run score when he scampered home on a wild pitch. Dupliessis originally reached base on an infield base-knock and moved into scoring position on a misplayed ball by the second baseman.

Wells earned the victory to improve his record to 4-3 on the season as he pitched against his first MASCAC opponent of the campaign.

After giving up three runs (two earned) on four hits over his first four frames of work, he settled down and retired 15 of his last 20 batters which included perfect stanzas in the eighth and ninth innings to help keep the Vikings off the scoreboard.

Salem State won the first game of the day in a 9-5 decision highlighted by a grand-slam home run in the top of the fifth by senior Ethan Trowt (Beverly, MA) as the Vikings forced a second contest against the double elimination tournament’s lone unbeaten squad.

Trailing 7-1 in the bottom of the seventh, Worcester State scored three more times over the next two innings to cut the lead in half.

After Salem State got another run back in the top of the ninth on a sacrifice fly by Cahill, Worcester State made one last charge in the bottom half of the frame.

With the bases juiced, Duplessis singled through the left side to bring in a run, but then Wallace hit a sharp liner to the third baseman, who promptly stepped on the bag to turn a pair of key outs.

Ruggiero did draw a base on balls to put a runner on every base, however, sophomore Matt Turmenne (Lynn, MA) induced a fly-out to seal up the win and his first save of the season.

The Vikings originally held the early 1-0 margin when Lamothe singled home sophomore Richard Fecteau (Newbury, MA) in the top of the second before the visitors pushed their margin to 6-0 on the back of Trowt’s first round tripper of the campaign.

Freshman Mike Richardson (Belmont, MA) almost went the distance and pitched into the ninth as he permitted five earned runs on 11 hits to go with three walks and one strikeout.

Richardson was perfect through his first five innings and he tossed just 40 pitches until he gave up a lead-off single to freshman Jake Ryan (Whitinsville, MA) in the bottom of the fifth.

Junior Jared Kuzio (Franklin, MA) was dealt the loss for WSU. He surrendered eight runs (seven earned) on eight hits while he struck out two and allowed one walk.

McElroy and senior Mike Lamothe (Beverly, MA) both chipped in with two hits each for the Vikings as Ruggiero, McGuill and Duplessis all recorded a pair of base-knocks in the first setback of the afternoon.

Both squads finished 11-11 in the hitting column in the opener.

Ruggiero was named the tournament’s Most Valuable Player for batting .412 with six runs, four RBI and a .765 slugging percentage which included two doubles, one homer and a trio of runs driven in to help lead the charge in a 9-5 MASCAC semifinal victory over Salem State. 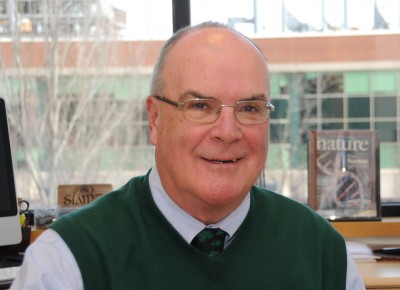 Worcester State University will celebrate its more than 1000 graduating seniors on Saturday, May 17, 2014, at 10 a.m. at the DCU Center in Worcester, where they will hear from groundbreaking HIV . . .