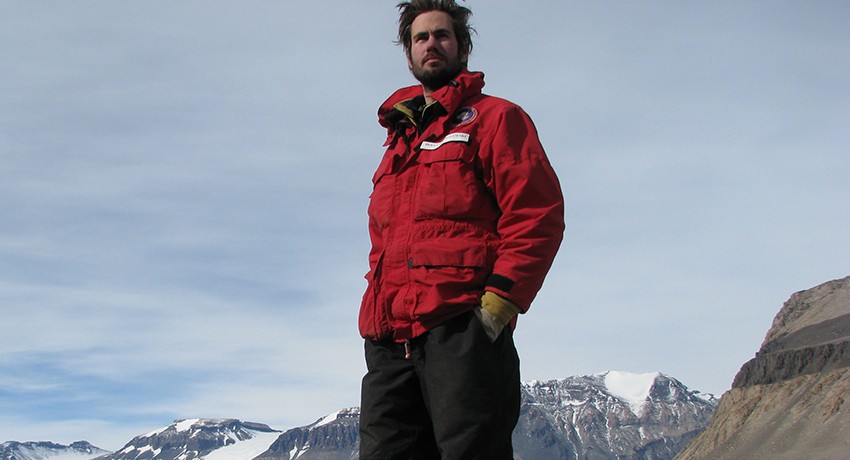 New research by Douglas E. Kowalewski, Ph.D., assistant professor of Earth, Environment and Physics at Worcester State University, shows we need to curb greenhouse gas emissions now if we hope to keep the Antarctic ice sheet intact. Melting Antarctic ice threatens to raise sea 40 centimeters (15.74 inches) by 2100 if steps are not taken soon, the study revealed. That level could swamp low-lying parts of cities such as New York, Miami and Boston, especially during coastal storms.

If warming continues unabated, a sea level rise of up to 10 meters is possible, which would imperil the 10 percent of the world’s population that lives along the coast.

Kowalewski was the lead American researcher on an international team that studied the effects of rising sea and air temperatures on Antarctic ice. Led by Nicholas Golledge, Ph.D., senior research fellow at Victoria University’s Antarctic Research Centre in Wellington, New Zealand, the team’s findings is included in the October 15, 2015 issue of the respected scientific journal “Nature” in an article titled “The Multi-Millennial Antarctic Commitment to Sea Level Rise.”

The study was based on four computer models developed by the Intergovernmental Panel on Climate Change. The models project future warming scenarios with a range of outcomes based on global economy, technology, population growth and other factors. Kowalewski and the team looked at the effect of those warming scenarios on Antarctica’s ice sheets and the parts of the ice that extend over the ocean at the coastline, called ice shelves. “That’s where we really saw massive changes,” Kowalewski said. “The first thing that’s soon to go are all the ice shelves.”

Under the worst case scenario, we would lose all the ice shelves by the end of the century.  While that would itself cause a rise in sea level of many meters, a larger problem is that the ice shelves act as sort of a dam keeping interior glaciers from sliding into the sea. When the shelves go, the rest of Antarctica’s ice can flow more freely into an increasingly warm ocean, significantly raising sea levels worldwide.

The best-case scenario is one in which emissions have been cut to such an extent that by 2100 the ice shelves are still intact, which would take a concerted global effort, according to the study. “We would have to cut emissions to about 1990 levels by the middle of this century, but that’s going to be a very difficult target to hit,” Kowalewski said.

Even if we managed that feat, global warming would continue several decades or longer because there is a lag between when carbon emissions are generated and when that translates into rising sea and air temperatures. How long is the lag? “Some people think that the increase we’re seeing now is really due to the Industrial Revolution, not what we’ve done in the past 50 years,” Kowalewski said. “While I don’t think that’s accurate, I’d say there is probably a 50- to a 100-year lag.”

Which means what we do – or don’t do – now will affect the course of climate change for generations to come.  If we let things go until we pass a certain fast-looming point of no return, Antarctic melting becomes irreversible, according to the study.  The good news is that we haven’t passed that point yet, but we need to move fast. “We have to make decisions rapidly. We have to set policy quickly if we want to save these ice sheets and our coastal communities,” he said.

What we need to do, according to Kowalewski, is to stop our habitual acceleration of what is supposed to be a very long-term carbon cycle, one in which trees and other organics die and become coal, gas, oil and peat far below the Earth’s surface, taking perhaps millennia before eventually releasing their carbon components back into the atmosphere.

“What we do is drill, get those out, put them in our car or boiler at home and we burn them, and the burning of those fossil fuels puts CO2 in the atmosphere where normally that carbon would be stuck deep in the Earth,” he said.

The last time CO2 concentrations in the atmosphere were similar to present levels was about 3 million years ago, according to Golledge, Victoria University’s Antarctic Research Centre.

“At that time, the average global temperatures were two or three degrees warmer. Large parts of the Antarctic ice sheets had melted and sea levels were a staggering 20 meters higher than they are now,” Golledge said, in a press release. “We’re currently on track for a global temperature rise of a couple of degrees which will take us into that ballpark, so there may well be a few scary surprises for us, possibly within a few hundred years.”

While there is cause for much concern, there also is a glimmer of hope. Quick action can help us preserve the most precarious part of the ice, the West Antarctic Ice Sheet, which serves as a sort of a polar version of a canary in the coal mine. Save that area, and prospects for the rest of the Antarctic ice start to look better.

“One of the positives we can take from this is that we still hold the fate of the ice shelves and sea level rise in our hands,” Kowalewski said. “We haven’t passed the tipping point where we no longer have control, but we really need a drop in CO2.” 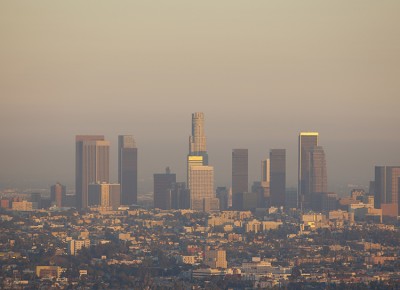 Rethinking how climate change affects health and health-care delivery, our overall sugar intake, and the structure of our economy are among the topics professors and community members want to highlight at Worcester State’s Eighth Annual Sustainability and Food Fair. Feeling Under the Weather? Much of the discussion about climate change focuses on weather and emissions. But it’s also . . .