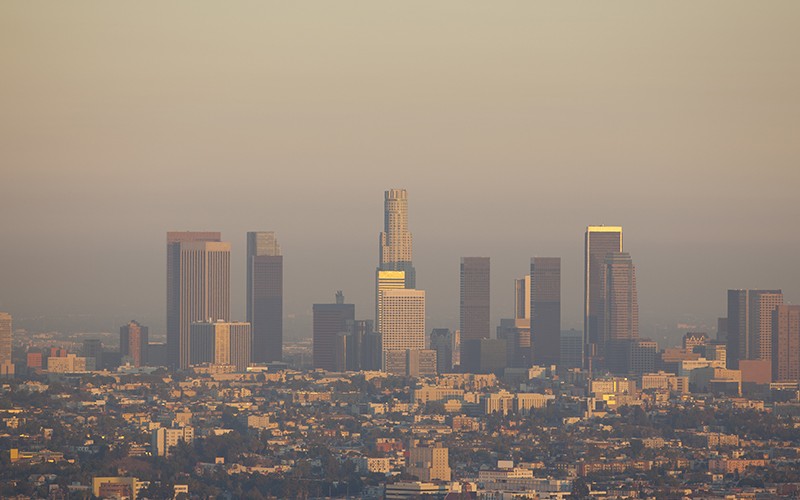 Rethinking how climate change affects health and health-care delivery, our overall sugar intake, and the structure of our economy are among the topics professors and community members want to highlight at Worcester State’s Eighth Annual Sustainability and Food Fair.

Feeling Under the Weather?

Much of the discussion about climate change focuses on weather and emissions. But it’s also important to plan for adverse health-related impacts of new climate patterns and higher temperatures, according to Associate Dean of Nursing Stephanie Chalupka, Ed.D.

Warnings that the world will be 6 degrees warmer by the end of the century have prompted the public health community to begin taking action, Chalupka says. Her presentation will describe their efforts, which range from training health-care providers for an increase in vector-borne diseases, water-borne illnesses, and allergy and respiratory conditions to talking to patients about ways they can limit their emission of greenhouse gases to designing health-care facilities to operate sustainably and deliver care during catastrophic weather events.

“Climate change is one of the most serious public health threats facing the nation, but few people are aware of how it can affect them,” she says.

A warmer atmosphere holds more water, and that will raise the threat of vector-borne diseases—those carried by mosquitoes, ticks, and other biting insects—in new regions of the globe. That means more cases of diseases like West Nile and Chikungunya viruses (carried by mosquitoes) and Lyme disease (carried by ticks).

Changes in climate patterns are causing prolonged periods of drought and deluges of rainfall, which can cause flooding that overwhelms public and private water and sewage systems. “Pathogens like cryptosporidium and giardiasis—both of which can cause severe diarrhea—can be washed into drinking water supplies and wells,” Chalupka says.

“The hotter it gets, the higher the concentration of ozone smog,” she says. Whether smog is caused by vehicle and power-plant emissions or wildfires, it causes health issues in many people. A 2013 MIT study found that air pollution causes an estimated 200,000 premature deaths each year in the United States.

Chalupka points to “mitigation and adaptation” as two strategies for climate change solutions.

Mitigation—interventions to reduce emissions of greenhouse gases—involves health-care providers suggesting ways patients can reduce their individual carbon footprint, such as riding a bike or taking public transportation instead of driving. “These actions have important personal health co-benefits,” she says. “Hospitals have enormous potential in this area.”

Adaptation—initiatives and measures that reduce the vulnerability of natural and human systems against actual or expected climate change effects—seeks to anticipate and respond to likely climate change impacts. Because hospitals must burn through gigatons of fossil fuel energy each year in normal operations, many are developing sustainable solutions, Chalupka says. Major U.S. health systems, such as Partners Health Care and Kaiser Permanente, are aggressively reducing their carbon footprint.

Chalupka and fellow members of Health Care without Harm work with the growing number of hospitals that are thinking green when it comes to operations, renovations, and new facilities. Examples include Gundersen Health System in La Crosse, Wis., which moved entirely away from fossil fuels in 2014. Nearby in Boston, Spaulding Rehabilitation Hospital’s new facility is ready for projected future sea levels. Its ground level is raised above the current 500-year flood plain elevation and the main electrical system was installed on the roof, for instance.

“As health-care providers, we have to think about the context in which we operate ourselves. We need to reduce our impact [on the environment], identify vulnerabilities, and improve our resilience,” she says.

Assistant Professor of Health Sciences Mariana Calle, Ph.D., will be advocating for reducing sugar intake during the teach-in. She plans to highlight foods with hidden sugar and what all that sugar does to the human body.

Reading the ingredients list in labels is essential to “uncover” hidden sugar, she says. More than 60 percent of all packaged foods and beverages in the United States today have sugars added to them.

“Everyone knows that soda contains sugar,” says Calle, a registered dietician. “Replacing soda with juice may not be the best alternative either, as juices also have a lot of sugar. Vanilla yogurt has 30 grams of sugar, which is the same as soda. Some salad dressings also contain sugar. At the end of the day, it might add up more than you realize.”

It’s not only important for people to learn which high-sugar products they consume, but also why it’s bad for their health. Calle points to a recent study that showed that a higher percentage of calories from added sugar is associated with significantly increased risk of cardiovascular diseases mortality.

Moderation is the healthiest approach people can take to their diets, Calle says.

Visiting Professor of Earth, Environment, and Physics Janelle Cornwell, Ph.D., plans to talk about sectors of the United States economy considered invisible and how valuing them can help reshape the overall economy to be more sustainable.

When people think of economics, they typically think of money, industry, jobs, inequality, wealth, government, and the –isms—capitalism and socialism, to name a few. Cornwell looks beyond that to see “value-based invisible activities” that help communities function. These include child care, care for the elderly, housework, yard work, bartering, and volunteer labor/service.

Cornwell is especially interested in cooperatives and the role they play in economies. “They exchange goods in the market. The difference is the ownership structure and values. They are redistributing profits instead of consolidating profits. They are built by people and rooted in the communities in which they do business,” she says.

These largely hidden parts of economies sustain communities—even through recessions—and that increases their importance as society embraces sustainable business practices, according to Cornwell.

In addition to her presentation, Cornwell has coordinated a panel discussion about cooperatives operating in greater Worcester. The panelists represent Digital Federal Credit Union, Equal Exchange, and Future Focus Media. 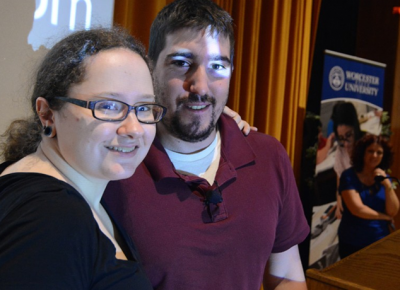 In 2013, Jeff Bauman was an average 27-year-old kid living in Chelmsford, Mass., with his mother and working at Costco Wholesale in Nashua, NH. He liked playing his guitar, drinking beer, and hanging . . .