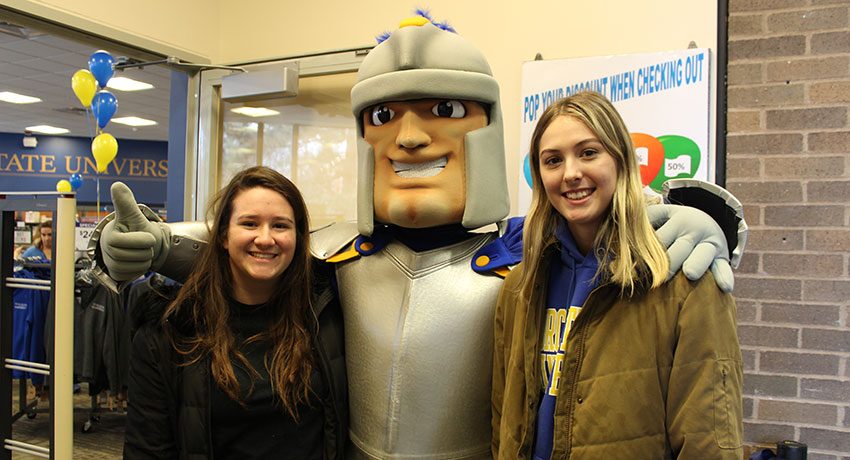 The Worcester State bookstore started a new chapter on Nov. 29 with a ribbon-cutting ceremony that marked its reopening after extensive renovations.

The entire store has been given a facelift, including new carpets, fresh paint, new shelving and the addition of the WSU seal on the back wall. “Basically, everything was ripped out and gutted,” Sean Cook, bookstore manager, said. “Everything is new except the textbook gondolas.” 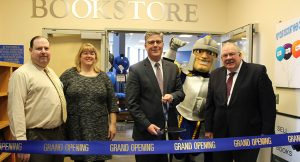 The WSU bookstore is one of about 1,400 stores operated by Illinois-based Follett Corp., which offers a range of education-related products and services, mainly to schools and colleges. The WSU store was closed for a couple weeks while the work was being done by a special renovations team sent in by Follett. “A lot of people are shocked when they hear that we only had a two-week deadline to do it,” Cook said. “But that’s what our people do. They come in and they can get projects done very quickly.”

The bookstore was last renovated 12 years ago, Cook said. “It needed an update,” he said. “The last time this was renovated was back in 2006, so we want to give it a new look and bring it up to modern standards.”

WSU President Barry M. Maloney wielded a large pair of ceremonial scissors to cut the ribbon at the event, which was attended by WSU staff and students, as well as executives from Follett. “We’re happy that Follett chose to reinvest in Worcester State,” Maloney said. “The renovations make the bookstore a brighter focal point for our students.”