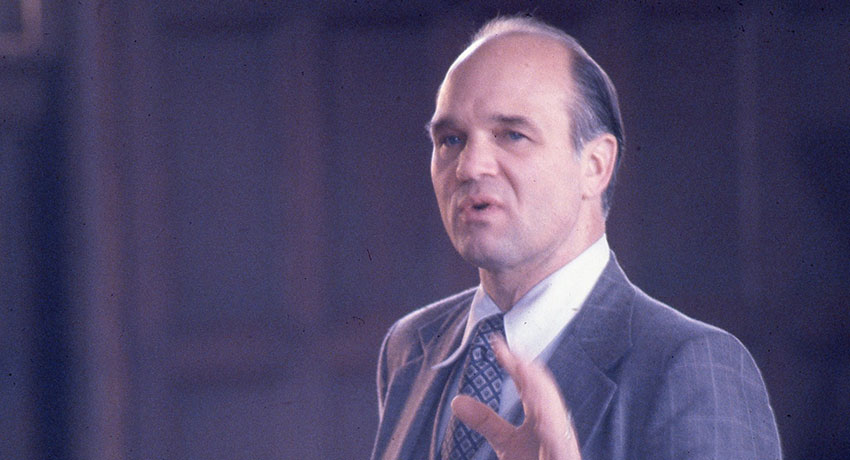 Worcester State’s seventh president, Joseph Orze, Ed.D., passed away on May 29 in Boca Raton, Fla., at age 87. He was president of Worcester State from 1975 to 1982, leaving to lead Northwestern State University in Natchitoches, La.

According to professor emerita Maureen Stefanini, President Orze was “a happy guy and pleasant to work for.” He was a gifted artist, specializing in sculpting, but he was also an athlete, playing linebacker for Syracuse University, where he received both his bachelor’s and master’s degrees. He subsequently earned a doctorate in educational administration from Middle Tennessee State University.

Stefanini ended up buying Orze’s house when he moved on from Worcester State and she has lived there ever since. She remembers his wife, Carol, was a talented decorator, and the couple was very involved in the community.

While president of Worcester State, Orze oversaw the opening of the Student Center in 1978, a building that quickly became the center of student life on campus.

In a Nov. 7, 1982, article from The Times of Shreveport/Bossier, Orze said, “Learning has always been exciting to me, whether it is learning something new or learning by mistakes. The biggest thing I’ve learned, as an administrator, is never to take things personally. The higher up a person gets, the more people are going to react to that office. You just have to accept that. A university president gets paid to make tough decisions.”

He was predeceased by his eldest son, Mark, and is survived by his wife of 60 years, Carol, son Craig,  daughter Noelle, two grandchildren, and three great grandchildren.