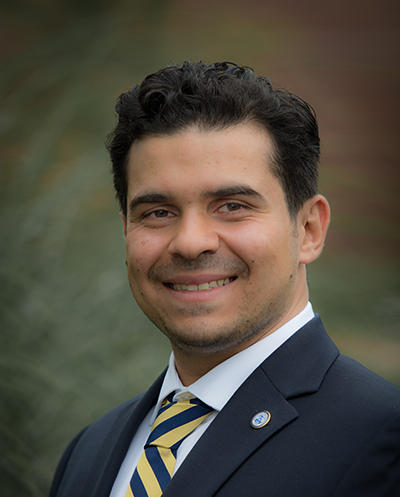 For Omar Kurdi, enrolling in classes with the Intensive English Language Institute at Worcester State University and then becoming an undergraduate student at WSU changed his outlook on life.

“Things were extremely difficult for my entire family because my dad was ill, and I was devastated,” recalled Kurdi, who is from Lebanon. “As a result, I failed my high school exam, the equivalent of the SAT test, several times.”

“Unexpectedly, I had the opportunity to come and study in the U.S.” he said. He came to Worcester State in May of 2014 to study English at the IELI. “I spent three semesters enrolled in ESL classes. At the end of this period, in the spring of 2015, I felt that I was ready to begin taking college classes for credit.”

The opportunity “altered the course of my life,” Kurdi said. “I changed from being hopeless and pessimistic with no interest in my future to the person who I am now. Being in the U.S. has given me the unique opportunity to unleash my potential and alter my views as to who I am and what I am able to achieve in my life. I still find it hard to believe that as a young man in Lebanon, I struggled three times to a pass an exam the equivalent to the SAT test, and yet now I am teaching math material to students who range from middle school to college level. I have discovered that I have a love for learning and a passion for teaching.”

Kurdi, now a senior, is majoring in mathematics and has two minors in business administration and physics. He has plans to become a mathematician and college professor.

“I am very eager to learn, and I like the challenge of learning new things,” he said.

On the WSU campus, Kurdi works a Peer Assisted Learning leader for pre-calculus, calculus 1, and statistics; a campus tour guide with the Admissions Office; and an event staffer for Conferences and Event Services.

Kurdi recalled immediately feeling a part of the WSU community—even as an IELI student. He credits the IELI’s Buddy Program.

“In addition, I have gained lots of experiences on campus from working in a few jobs these past four years, starting from washing dishes in the cafeteria in my first year at WSU and ending with being a Presidential Student Ambassador with President’s Office last academic year.”

Kurdi has also volunteered in the Worcester community. He’s been a reading tutor at a local elementary school, a position he found through WSU. He’s also been a math tutor for middle and high schools students—as well as for SAT preparation.

“I am just lucky to be part of WSU, and I am thankful and grateful for everything,” he said.