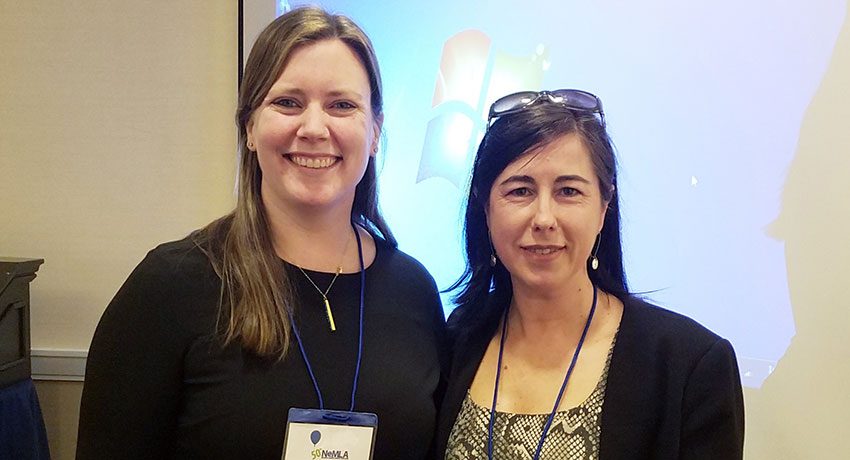 On Saturday, March 23, Kerry Moynihan, a Worcester State graduate student completing her master’s degree in Spanish, travelled to Washington, D.C., to present her research work titled “Una comparación de la discriminación en España a través de Catalunya Über Alles! y A Escondidas” at the New England Modern Language Association 50th Anniversary Convention. In her presentation, included in the session “Immigrants of the 21st-century in Spanish and Latin American Film,” chaired by WSU professor Ana Perez-Manrique, Kerry analyzed the representation of black and Muslim African immigrants to Spain in contemporary film, focusing on the postcolonial concept of neo-racism. This enriching academic experience was possible thanks to a grant awarded to Moynihan by the Worcester State Foundation Faculty and Student Research Grant Program.