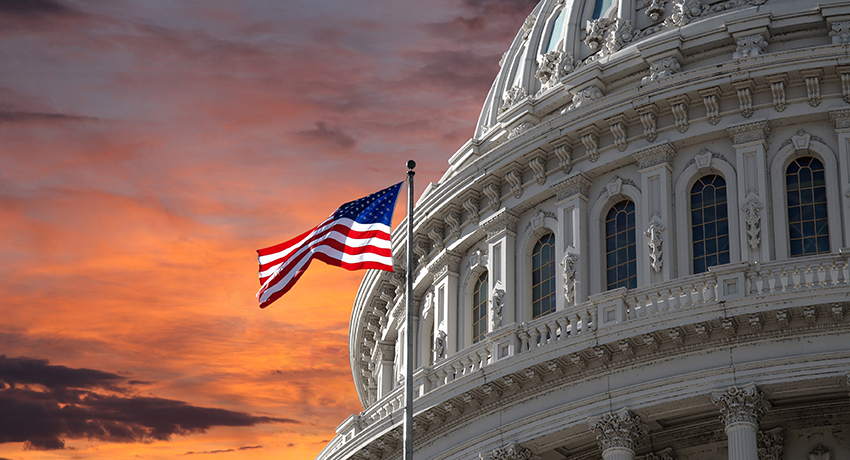 The recent invasion of the U.S. Capitol by angry Trump supporters and the unexpectedly measured response of law enforcement to the mob scene has many people asking yet again about fairness and equity in policing.

On social media, TV, news outlets, and radio talk shows, many have noted a distinct difference in how the mostly white pro-Trump crowd was treated compared with the harsh crackdowns over the summer on largely peaceful Black Lives Matter protests, especially one in Lafayette Square in Washington D.C. where protesters were attacked with rubber bullets and chemical sprays to clear the way for President’s Trump’s now infamous Bible-holding photo op.

We asked Worcester State University faculty members, including experts on policing from the Criminal Justice Department, for their thoughts on the most recent controversial police/protester encounter, which has sent shock waves through the nation and led to calls to remove President Trump ahead of the Jan. 20 inauguration of President-elect Joe Biden.

“One of the most visible outrages on display during Wednesday’s attack on the U.S. Capitol was the seeming welcome that the violent mob received from the Capitol Police,” Siri Colom, Ph.D., assistant professor of sociology, says. “Many saw it in contrast to the massive militarization and violence police forces displayed towards Black Lives Matter protestors this spring and summer. This is only ‘new’ news for much of white America. For communities of color and more specifically Black America, this is America.”

Aldo V. Garcia-Guevara, Ph.D., professor in the History and Political Science Department, says the police response to the Capitol mob differs sharply from responses to BLM protests not only in Washington D.C., but across the country. It’s a disturbing divergence, he says, and one that has been noted publicly by political leaders from President-elect Joe Biden to District of Columbia Mayor Muriel Bowser, as well as BLM protestors themselves.

“The New York Times has contrasted police responses to the Capitol event with how they responded elsewhere, including a peaceful violin vigil in Aurora, Colorado, last summer, and the protests in Minneapolis after the presidential election in November,” Guevara says. “It unfortunately reveals that more than a half century after Dr. Martin Luther King decried the ‘other America’ in which African Americans live, we continue to have two Americas, and disparities in policing are but one visible example of that reality.”

Lois A. Wims, Ph.D., provost and vice president for academic affairs and a former police officer, says the contrast in preparedness and approach dealing with protests by people of color over social justice is profound and indicative of a grave and stark divide experienced painfully every day in the U.S.

Wims questions why there were insufficient numbers of properly outfitted and trained officers, especially considering that a large insurrection was both planned and advertised on social media and amplified by leaders including the president of the United States.

“Once they were overwhelmed on multiple sides, loss of life became the significant threat to the legislature in session, their staff, and the officers,” Wims says. “I was most chilled by insurrectionists carrying zip-ties, an erected scaffold, and the recognition that it all could have been much, much worse.  To see our democratic institutions interrupted by mob rule of the basest sort requires the most thorough investigation and a reckoning that should parallel the 9-11 Commission.”

Emotions run high during mass events, especially unprecedented ones like this, notes Stephen Morreale, D.P.A., chair of the Criminal Justice Department.  “Restoring peace is never easy and it will never look good on camera,” Morreale says. “We need to support our police as they stand up for democracy and the rule of law.” The riot was “disheartening to say the least,” he says.

Morreale acknowledges that there probably were missteps, but the lack of riot gear the white rioters faced, compared with the militarized police presence that has often greeted BLM protesters, may have been the result of a political decision rather than a police-command decision.

“Police are under siege themselves,” he says. “They are being criticized for the way some have behaved in the past—horribly, to say the least—so now you have mayors and other politicians making decisions on policing. ‘You are not to use tear gas.’ ‘You are not to wear helmets.’ ‘You are not to introduce riot shields’ and all those kinds of things. Meanwhile police are saying, ‘Well, that’s the way we’ve always handled it and now we’re being told not to do that, so we can’t react in the way we were trained to because of the public outcry.’”

Morreale says he feels badly for the position the police found themselves in on Jan. 6.  “There was a clear underestimation of the mob and a failure of leadership to plan and seek additional personnel,” he says. “Resignations of the Capitol Police Chief and Sergeant at-Arms seem to highlight this lapse.”

An investigation into the insurrection is likely to lead to some changes and more charges, he says.

“There definitely will be an after-action review,” Morreale says. “I’ll be very interested in knowing why the planning wasn’t better and why police leaders didn’t anticipate this. Ultimately there are going to be more people arrested for the incursion. There’s no question in my mind.”

Robert A. Brooks, J.D., Ph.D., professor in the Criminal Justice Department, says he wasn’t shocked by the event.

“People have been talking for years about the potential for real violence and I think this is the perfect denouement to this administration,” he says. “It really kind of encapsulates the lack of respect for institutions, which our president has shown repeatedly, and a lack of respect for facts, which our president and his followers have also demonstrated repeatedly.”

Brooks says that the lack of timely reinforcement from the National Guard, which many have decried, may have happened in part because of concerns over further inciting the crowd.

“Sometimes the presence of military provokes rather than suppresses violence,” he says. “In Ferguson, the National Guard was out in force right from the beginning and many people think that actually provoked more resistance and led more people to resort to unlawful protest, so it’s a complicated decision.”

The remarkably low number of arrests compared with the summer’s BLM demonstrations also may have had something to do with a vastly outnumbered police force trying to control the crowd without creating martyrs to the cause.

“It may have something to do with trying not to inflame anything further because when you start arresting people, they become a cause celebre,” Brooks says. “Then you have people doing GoFundMe campaigns to free the political prisoners and whatever, so that might be part of it.”

Colom says it doesn’t serve us to only focus on the situation as a policing problem.

“If we do not analyze the larger structures behind the visible policing disparity and only let a few heads roll, we fail to understand how the police protect the larger systems of privilege and spoils that our country is deeply committed to: those of white supremacy, of patriarchy, and unchecked capitalism,” she says. “By failing to critically analyze, we will not be able to disrupt the unequal flows inherent in these systems. What we need now are people armed with understanding and capable of imagining alternatives to our deeply unequal world.” 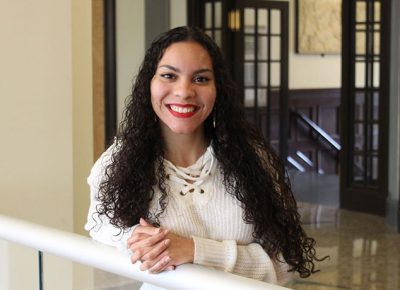 Alexandra Pizarro ’22 knows that if youth want to see change in their community, they must first understand the system so they can feel empowered to create solutions. Pizarro is a paid youth ally for members of the Latino Education Institute’s Youth Civics Union (YCU), a group of Worcester Public School students who are developing leadership skills to identify and organize civic actions to . . .