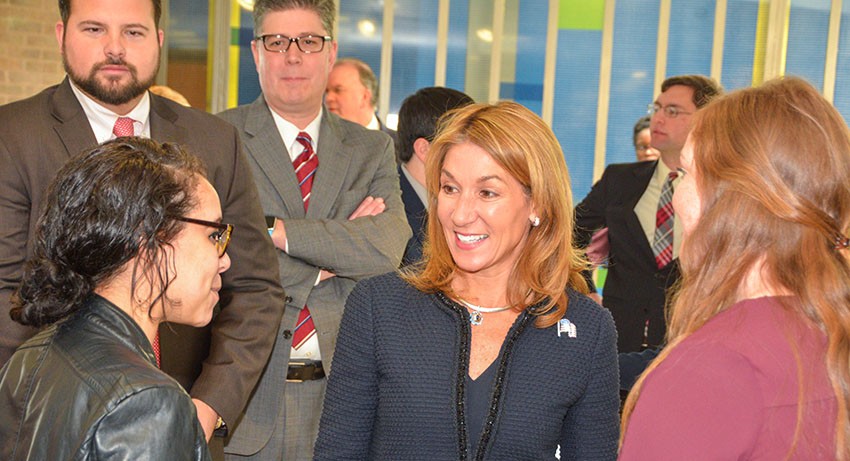 Lieutenant Governor Karyn E. Polito, who will deliver the commencement keynote address and receive an honorary degree at the 2016 Worcester State University undergraduate Commencement Ceremony, recently toured the campus and met with administrators, students, and faculty. Her tour included highlights such as the renovated Student Center and the newly acquired May Street Building.

In speaking with her two student tour guides, Polito said, “I’m looking forward to being with you and your classmates in just a month for your commencement.” She said she was “impressed with all of the great changes” that have happened and are underway at Worcester State.

The Lieutenant Governor also visited the nursing labs in the Ghosh Science and Technology Center, and met with Dean of the School of Education, Health and Natural Sciences Linda Larrivee and Associate Dean of Nursing Stephanie Chalupka. Polito chairs the Robert H. Goddard Council on Science, Technology, Engineering and Mathematics Education, and helped to create the annual “Women in Science” conference for young girls in 2008.

“It’s important that Worcester State is addressing the commonwealth’s needs in technology and health fields, and is so well-positioned to deliver on the workforce needs of our state’s employers,” she said. “The vitality of the technology community in Central Massachusetts will be relying on Worcester State to produce graduates in fields like biotechnology and the health sciences.”

In addition to speaking at the May 14 Commencement, Polito will also be awarded an honorary Doctor of Public Administration, honoris causa, for her long-standing commitment to public service. 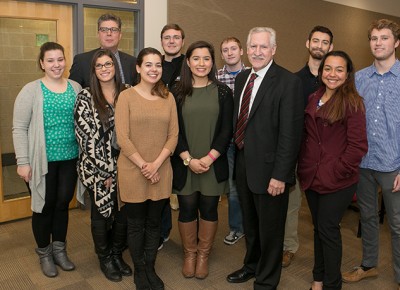