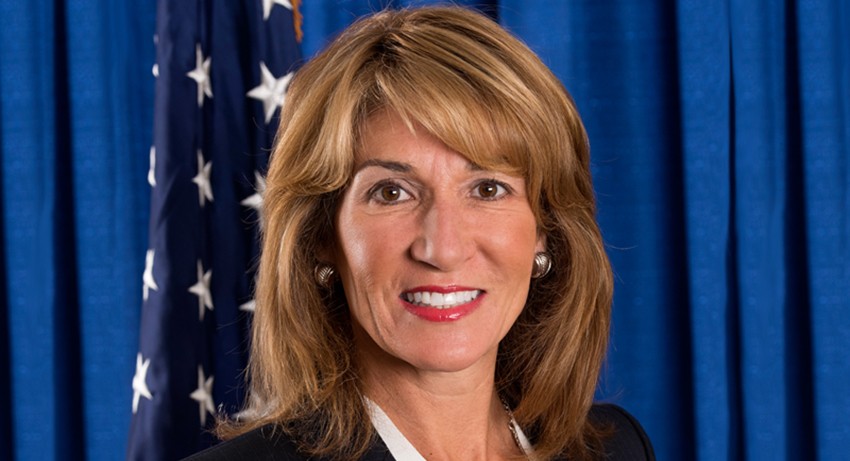 Worcester State University will hold its undergraduate commencement ceremony on Saturday, May 14, 2016, at 10 a.m. at the DCU Center in Worcester. Graduating students and their families will hear from Massachusetts Lieutenant Governor Karyn E. Polito, who will deliver the commencement keynote address and receive an honorary degree. University officials will also confer degrees upon graduating seniors and present teaching awards. The community service award will also be presented, to former Worcester County District Attorney John J. Conte.

Polito was inaugurated January 8, 2015, as the 72nd lieutenant governor of the commonwealth of Massachusetts. She earned a B.S. in management from Boston College in 1988, and a J.D. from the New England School of Law in 1991. She is an attorney and president of her family-owned real estate development company who has committed many years to public service.

The lieutenant governor began her rise to statewide office as a member of the Shrewsbury Board of Selectmen, on which she served from 1995 to 1998. She continued to the state level, serving as a member of the State Lottery Commission. In 2001, she ran for state representative of the 11th Worcester district and won. She served her house district for five terms. Polito subsequently ran with gubernatorial candidate Charlie Baker as his running mate in 2014.

As a legislator, Polito advocated for public safety with legislation such as “Jessica’s Law” in 2008, which provides for mandatory minimum sentences for certain sexual crimes on children and requires more comprehensive reports on offenses. She also supported legislation to crack down on drunk drivers, mandate defibrillators in public schools, and strengthen the experience requirements placed upon young drivers.

Polito has promoted economic development efforts, with a special interest in helping young people pursue careers in science and technology. She chairs the Robert H. Goddard Council on Science, Technology, Engineering and Mathematics Education, and she helped create the annual “Women in Science” conference for young girls in 2008.

Polito believes in giving back. Her legislative effort to develop special license plates featuring the Boston Red Sox and Jimmy Fund insignias has resulted in more than $7 million raised for the fund and the Red Sox Foundation.

In addition to speaking, Polito will also be awarded an honorary Doctor of Public Administration, Honoris Causa.

Worcester State will also present the former Worcester County district attorney, John J. Conte, with the 2016 Community Service Award. Born in Worcester, Conte graduated from the College of the Holy Cross and the New England School of Law. He taught American history and English at Assumption Preparatory School and in the Worcester Public Schools. Following his teaching career, Conte represented the Second Worcester district as a member of the State Senate from 1963-1976. He served on 15 legislative committees, and chaired six, including the Senate Judiciary Committee.

His work on the Governor’s Select Committee on Judicial Needs under chairman Archibald Cox—former U.S. Solicitor General and special prosecutor in the Watergate Trial—was vital in consolidating the court system, which, according to many, had been marred by delays. After his time in the Senate, Conte was appointed as Worcester’s District Attorney (middle district) by Governor Michael S. Dukakis.

He is the longest serving district attorney in Worcester County’s history, having served for 30 years (1976-2006). During his time in office, Worcester county saw major improvements to the court system. In 1989, for example, Conte’s office was the first DA’s office in the state to use DNA evidence in a criminal case. Conte helped establish the Victim/Witness Program and specialized units to handle child abuse, disabled person’s protection, elder abuse, juvenile justice, drug enforcement, civil rights, the open meeting law, and mental health matters. He also was instrumental in the building of the largest justice center in the state, the Worcester Trial Court. 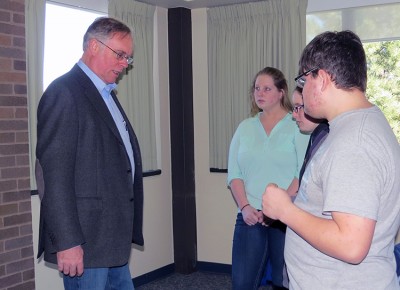 Neurodiversity advocate, bestselling author, and entrepreneur John Elder Robison has a message for parents of children on the autism spectrum: Tell them they have autism. “It’s this idea that . . .