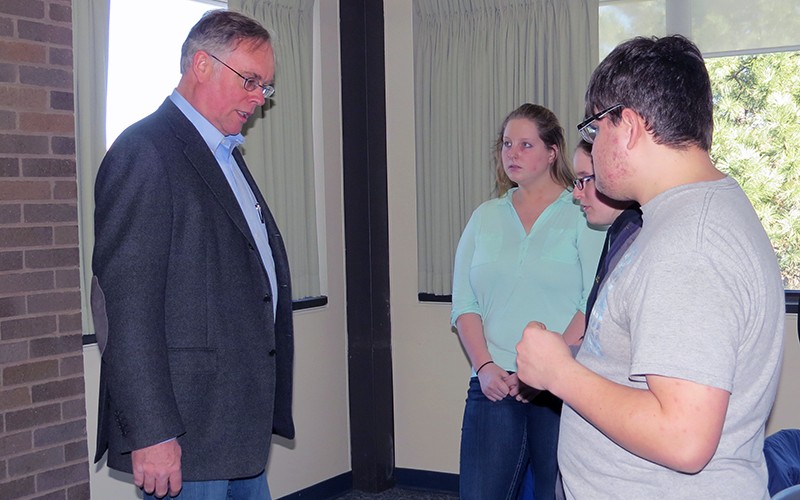 Neurodiversity advocate, bestselling author, and entrepreneur John Elder Robison has a message for parents of children on the autism spectrum: Tell them they have autism.

“It’s this idea that autism is something we should be afraid of, and that is what causes people like me to grow up thinking I was lazy or stupid. It sucked,” he told a crowd of about 130 from Worcester State, area high schools, and the community at large for the year’s last Diversity Lecture Series. (This was Robison’s third visit to WSU and the second time he has given a Diversity Lecture.)

“There are millions of people growing up today with that sense of shame,” he said. “I’m here today to say, ‘Enough is enough!’”

He called on those with autism to join together and fight for their civil rights and against oppression and discrimination. He encouraged them to reach out to local Jewish and African American communities and ask them “to teach us how to stand up for our rights.” And those with high-functioning autism should speak out and care for those significantly impaired by the condition or suffering from related conditions like anxiety and depression, he added.

There is evidence that autism has been a part of the human genetic makeup for centuries. Robison pointed to Isaac Newton, one of the most famous people believed to have autism. He speculates that Newton used calculus formulas as a way to explain his scientific visions “to the rest of us.”

Robison also traced evidence of autism in his own family to their arrival in Williamsburg, Virginia in the 1600s as he told the story of his relationship with the College of William and Mary.

When he visited the Virginia college to speak about autism, Robison mentioned that his family had a prior connection with the school. He first went to William and Mary with his grandmother “who had a lifelong fixation on genealogy”—he thinks because she had autism. She told him about one of their ancestors being among the first students to attend the college. That ancestor went on to become one of its first faculty-in-residence. “Today, I’m a scholar-in-residence there because of my connection to that ancestor,” he said.

Robison said he’s reviewed his family tree “to see if I can see autism in all those generations,” and “it may very well stretch all the way back.”

He pointed out to the William and Mary administration that he has “ancestors who helped found” the school, but “now we may not even qualify for admission to colleges.” So in 2013, William and Mary became the first major university to introduce neurodiversity admissions.

“That is just a first step,” Robison said. “We have to recognize that autism is something we call neurodiversity. We have it naturally. We’re here just like people with brown hair.”

Robison wasn’t diagnosed with autism until he was 40, when his son was diagnosed as autistic. As he learned more about it, he came to understand why it was so hard for him to interact socially with others, why it negatively affected his performance in school, and how it fueled his interest in electronics.

The act of dropping out of school at age 16 to play guitar in a band—even performing at Worcester’s Sir Morgan’s Cove—put him in situations where others recognized his talent with electronics. KISS “hired me because I could make the amplifiers work better,” he said. From there, he designed toys for Milton Bradley and eventually opened a car specialty shop, which is now a multi-million dollar business. He’s recounted his experiences and insights in multiple bestselling books.

Though he jokes that he’s now in his third marriage, he said, “my autistic differences are key to all my successes in life.”

Robison’s latest book, Switched On: A Memoir of Brain Change and Emotional Awakening (Spiegel & Grau), will be released on March 22.

His appearance at WSU was co-sponsored by the Student Involvement and Leadership Office and Student Accessibility Services Office.

About the photo: John Elder Robison talks with students with disabilities at a luncheon held at the Student Center. 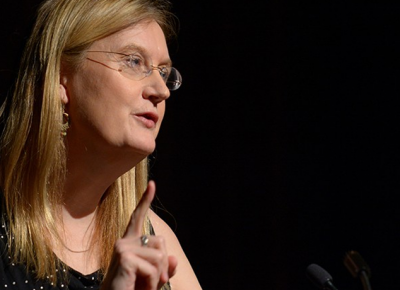 At one of her lowest emotional points before coming out as transgender, a reassuring voice told Jennifer Finney Boylan not to worry. It gets better. And it certainly did. Boylan weathered that . . .