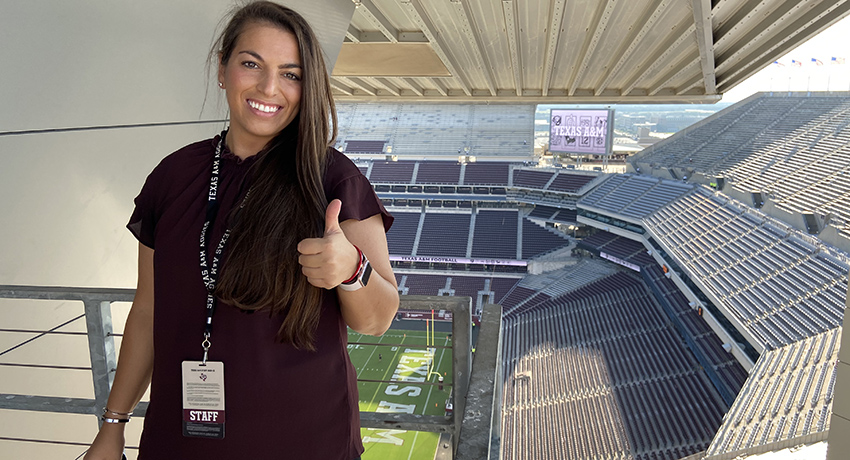 It wasn’t until her senior year that Avanzato, whose brother works for the New York Yankees, realized she could make a career in college athletics. “I started shadowing (then sports information director) Nikki Narducci a ton, which gave me a lot of experience. I learned (the statistics programs), writing, and a handful of other things that I never even knew about.”

Avanzato admitted that she still didn’t have an abundance of experience after graduation, but that persistence was what got her into the athletic communications field.

“I still have this on my Mac: I applied to 32 different internships, graduate assistant positions, and marketing, social media, and sports information positions,” she said to the student-athletes. “Villanova ended up being the one that gave me my first shot, and I learned a ton in that first year.”

What Avanzato ultimately took from the experience of applying for 32 jobs, and what she preached to the Worcester State student-athletes was to “never give up, and just keep shooting.”

As primary media contact for the Aggie women’s volleyball and softball programs, Avanzato regularly travels around the country with the teams. Spending time with these college athletes has made her realize that the relationships she gained after walking onto the Worcester State softball team her sophomore year are her fondest memories of her four years on Chandler Street. “Even in quarantine, a few of us got on a Zoom together,” she said. “I haven’t seen these people since six years ago, and it was amazing to see where we all were.

“The relationships that we built, the opportunity to play the game we love, and being able to say I was a college athlete have all become part of my career. Being a sports information director is about the closest thing to not being an athlete anymore. That’s the reason I love being an SID so much—the relationships I get to build with my players, and watching them succeed and grow as players.”

“I would like to send a huge thank you to Marissa for coming on and speaking with our student-athletes,” said Worcester State Director of Athletics Michael Mudd. “I think our women student-athletes here at Worcester State are rock stars. They have continued to succeed not only in competition, but in the classroom, in the community, and even some on the frontlines of the pandemic.”

Celebrated annually, National Girls & Women in Sports Day, powered by the Women’s Sports Foundation, “inspires girls and women to play and be active, (and) to realize their full power,” says the Women’s Sports Foundation on their website. “NGWSD honors the achievements of female athletes, coaches and leaders and continues to Lead Her Forward by acknowledging the power of sports to unlock her limitless potential.” 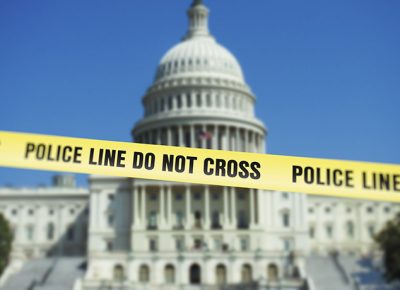 From fascism to mitten memes, the uprising at the Capitol and its aftermath reflected issues and emotions as it reverberated through our society in countless ways. To lend coherence and perspective . . .