Although its location may only exist on the web right now—and occasionally his office—Antonio Guijarro-Donadiós, Ph.D., has big plans and high hopes as the director of WSU’s new Translation Center. The center, which opened in February, offers affordable document translation services to help campus clients and community members communicate effectively in order to increase cross-cultural understanding and diversity awareness.

The center currently provides Spanish-to-English and English-to-Spanish translation services, but Guijarro-Donadiós plans to eventually expand to other languages, including French, German, and Arabic. He would like to add interpreting services as well.

“Right now it’s just me and my graduate student assistant, Constanza Bartholome,” he explained, “but next semester we plan on creating some student internships so that we’ll have more help.”

The idea for the Translation Center was originally conceived by retired WSU Spanish Professor Juan Orbe. World Languages Department Chair and Assistant Professor Ana Perez-Manrique, Ph.D., worked with Guijarro-Donadiós, an assistant professor in the department, to make it a reality. Last year, the center was approved by the provost and the previous dean of the School of Humanities and Social Sciences.

Guijarro-Donadiós believes that the Translation Center will benefit the greater Worcester community. He has received numerous emails from low-income Spanish-speakers looking for a trusted alternative to for-profit translation centers, which can be expensive.

“With the Translation Center, we will be able to help translate legal and medical documents for Spanish speakers, and we’ll also really be able to help English language learners like our foreign exchange students,” he said. “Many times, students are not able to take classes because of the language barrier, so we can help them and their professors with the translations.”

The center is already busying helping clients. “Right now, we are getting a steady stream of documents,” Guijarro-Donadiós said. “Every day we have new emails from students and others. We hope that we can even inspire some of our students to pursue a career in translation.” 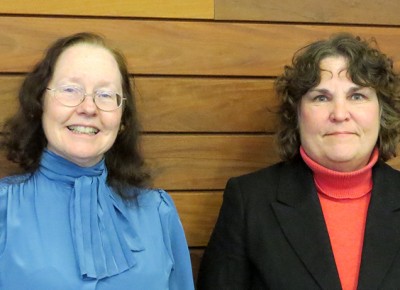 English Professors Discuss Their Forthcoming Book on the Gothic Genre

The Gothic literary genre, which began in 18th century Britain as a “reaction to enlightenment culture,” has proven itself a timeless storytelling device “used to understand a certain time,” . . .