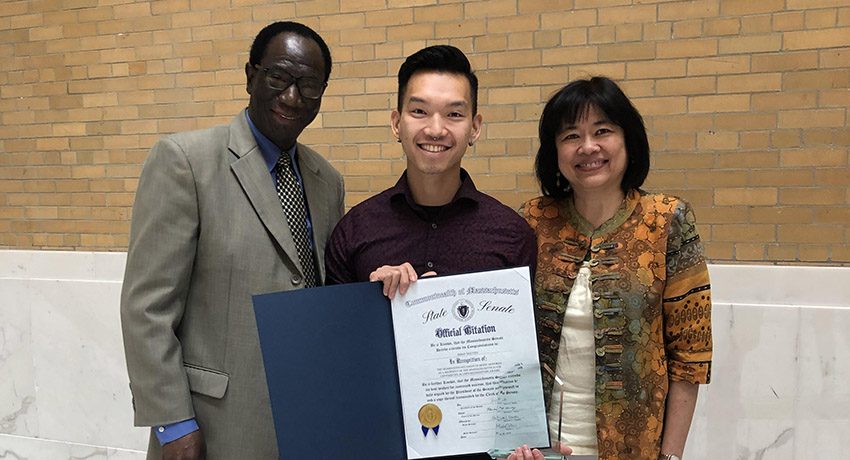 Each year, the State Universities of Massachusetts Council of Presidents recognizes outstanding educators representing the nine campuses across the commonwealth, each of whom is a graduate of the state university system’s teacher preparation programs.

“Originally, my plan was to attend Worcester State to take prerequisites to transfer into a pharmaceutical program,” says Nguyen, who taught martial arts and hip-hop dance before becoming a classroom teacher. “It never dawned on me that I could enjoy teaching academics as much, if not more, than teaching extracurriculars. It was after my first experience in the classroom that I knew that I could make a difference.”

He is currently a third-degree black belt instructor of Tae Kwon Do and is continuing his training to become a martial arts master. He will also begin work toward his master’s degree in education at Worcester State in the fall.

“One of the reasons I chose to teach at the elementary level is because I feel that having a male role model at a young age, to instill good morals and prevent bad habits from forming, will have a significant impact on the development of students,” he says.

May Street School Principal Luke Robert ’86, M.Ed. ’07, says, “I would describe Jimmy as personable, disciplined, compassionate, reflective, organized, and cooperative. He has acclimated very well to the position of teacher and is passionate about his work. He has made an impact in a relatively short amount of time and has connected well with his colleagues.”

Associate Dean of Education Raynold Lewis says Nguyen was nominated for the award because of the innovative ways he is connecting with his students. Nguyen, a first-generation Asian American, also came up through the “A Call to Teaching” pipeline program aimed at recruiting students of color to become teachers. 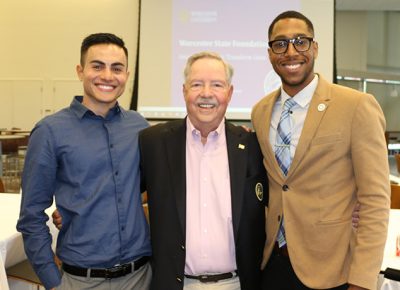 O’Brien ’58 Receives Freelander Award for ‘Lives He Has Changed’

Robert K. O’Brien ’58 received the 2019 I. Robert Freelander Award at the Worcester State Foundation Board meeting on Thursday, June 13, in appreciation for his support of scholarships, academic . . .