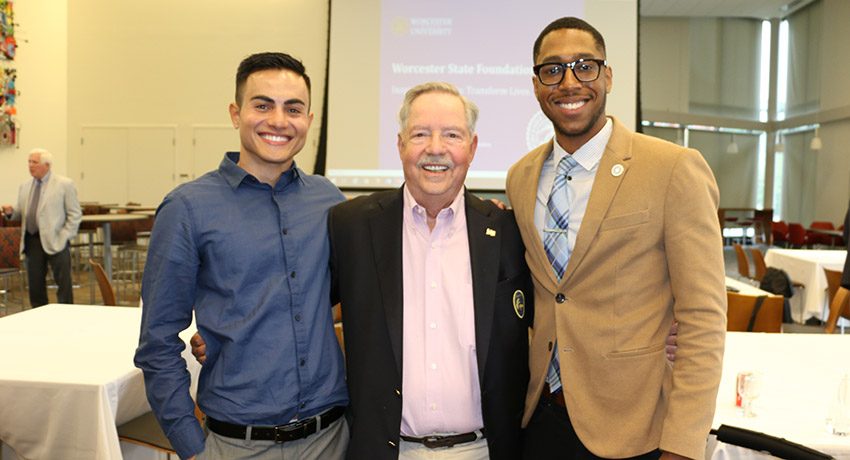 O’Brien ’58 Receives Freelander Award for ‘Lives He Has Changed’

Robert K. O’Brien ’58 received the 2019 I. Robert Freelander Award at the Worcester State Foundation Board meeting on Thursday, June 13, in appreciation for his support of scholarships, academic programs, and a student entrepreneurship contest that has inspired at least two young alumni to found their own startups.

According to Vice President for Advancement Thomas McNamara ’94, O’Brien received the award “for the gifts that he has given, but more importantly perhaps, for the lives he has changed with those gifts.”

O’Brien and his late wife, Barbara (Hickey) O’Brien ’57 , created eight scholarships over 19 years—scholarships that have helped more than 100 students with tuition and fees at Worcester State. On his wife’s passing, O’Brien also made a major gift to the Education Department, which was renamed the Barbara (Hickey) O’Brien ’57 Department of Education.

Six years ago, O’Brien created the Robert K. O’Brien ’58 Next Big Idea Contest, which challenges students to take their business ideas from wishful thinking to actual plans. Students pitch their ideas to a panel of business-savvy judges, competing for a share of $5,000 in prizes to support the development of their plans.

McNamara said at the award presentation, “In explaining why he was so passionate about starting the Next Big Idea competition, Bob said to us, ‘That’s how we succeeded. We invested and gambled on our own ideas and on a number of start-up companies. Some succeeded, some didn’t. But that’s how it works.’”

“When I think about Bob, I think about opportunity. I think about inspiring people to be their best, because sometimes all an entrepreneur needs is a little push. And he provided that at Worcester State,” said Alves, who created an app called GoPetie, which allows pets and pet owners to connect on social media. Although still in its infancy, his company employs two full-time people and two interns at an office in Cambridge. “I could not have founded GoPetie if the Next Big Idea contest had not been around.”

Canton is the creator of Paerpay, an app that allows diners to pay their bill using a mobile device.

“Bob, thank you so much for your dedication to the students, to the university, for students like myself who didn’t think they could do it. Because of you, I fell in love with entrepreneurship. Thank you so much for starting the fire in me,” he said.

Other winners and runner-ups from Next Big Idea contests were also at the presentation, offering gratitude for O’Brien’s support. 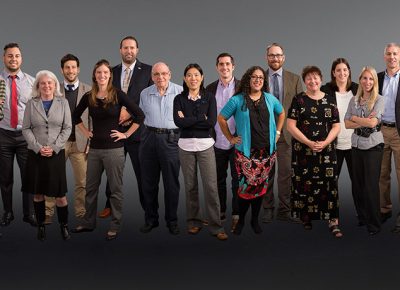