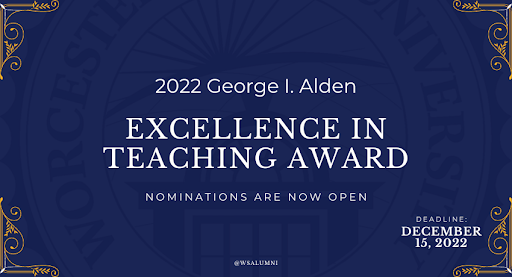 Nominate a professor for the Alden Excellence in Teaching Award

Worcester State alumni, students and faculty are invited to nominate faculty members who have inspired, encouraged and supported them for the 2022 George I. Alden Excellence in Teaching Award.

The award honors the university’s history as a teachers’ college and recognizes that teaching is at the heart of the academic experience at Worcester State. The Center for Teaching and Learning created the Alden award to publicly acknowledge professors who have made a difference in students’ lives.

Two winners will be selected to receive $500 and a plaque. And, each year, the winners present the Alden Excellence in Teaching Award Lecture. The 2022 honorees, Hardeep Sidhu from the English Department, and Erika Briesacher, from the History and Political Science Department, will present their lecture on Jan. 27, 2023.

Here are the past Alden honorees: 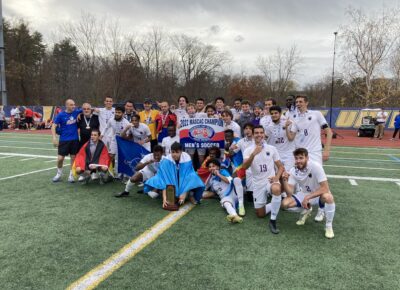