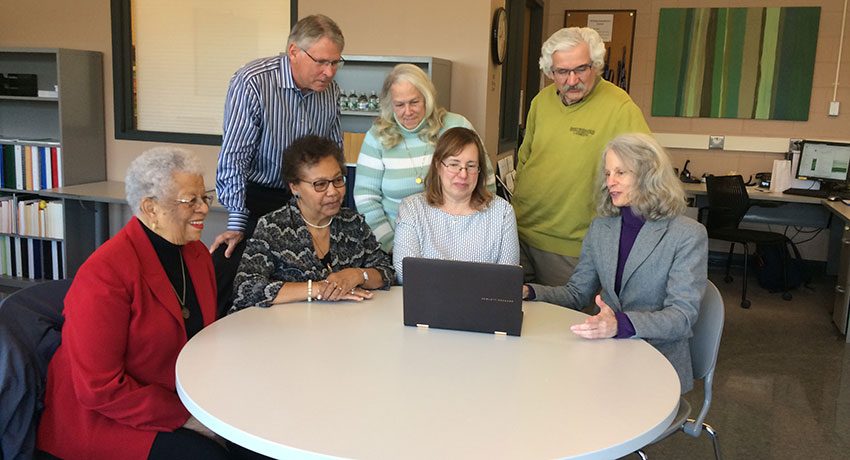 Carol Chester believes everyone has a story to tell, especially her fellow older students, many of whom are retired or semi-retired from fulfilling careers but still enjoy learning in the college environment. With the support of Joanne Jaber Gauvin from the Urban Action Institute, Chester and Gail Johnston launched the Older Student Writing Project (OSWP) to capture those stories in a series of essays that were recently published in the student news and literary magazine The New Worcester Spy.

“It’s a good feeling to know this started as an idea and the results ended up being publishable. It was a learning process for me too,” says Chester, who is studying for her master’s in English and works in the Writing Center. A former community newspaper reporter, she retired as an administrative assistant at Ostrow Electric Co. in 2015 and is currently working on a memoir.

Chester floated the idea in August 2018 at Older Student Registration, when residents over the age of 60 can register for classes for free—either to audit or for credit—on a space available basis. She requested fellow students submit a 500-word essay on an event that made an impact on their lives “to highlight the work of older students, showing that they add to the diversity of the WSU community.”

While many more expressed interest, nine followed through with submissions, which she edited and had published under the creative writing section of the New Worcester Spy.

The eight essays and three poems include “Recollections on Meeting Charles Manson,” by James Dowding, Ph.D., who worked as a forensic psychologist at the California Medical Facility in Vacaville in the early 1980s.

“For a period of four years, I had dwelled on what I call the ‘dark side’ working with individuals who had committed heinous crimes. Meeting Charlie was the culminating event that told me I couldn’t do this anymore. I needed to find a job working with a healthier population. With tongue-in-cheek, I’m fond of telling people that Charlie gave me career counseling, and I acted upon it,” writes Dowding.

In “The Journey of a Delayed Traveler,” Rev. Catherine Reed writes about how the death of her sister in 1977 belatedly inspired Reed to be ordained at age 66. Since then, she has served in the Clark University Campus Ministry, as first Protestant chaplain at the College of the Holy Cross, and currently as associate pastor at John Street Baptist Church in Worcester.

“All of this has happened to a person who, at one time, was too shy to read an announcement in church. I only regret that it took my sister’s ordeal to prepare me for answering a call to ordained ministry. I’m sure my sister is now watching over me and smiling,” she writes.

Karen Potter joined the Peace Corps at age 48 and served for two years in République du Bénin, West Africa, which she describes in her essay “I Ran Away from Home and Joined…The Peace Corps.”

“While in West Africa, I learned to speak French, barter for everything from tomatoes to taxi rides, talk to lizards, and understand cultures I had never even heard of. I was an American ambassador of hope and progress through peace,” she writes.

In “My Journey,” Margarita Oquendo writes about dropping out of high school, raising a family, and then going back to earn her GED late in life.

“From my experience I have learned: never let that negative voice in your head tell you that ‘you are done,’ that ‘you are too old,’ or that ‘you are not smart enough.’ My journey continues. Currently, I am working toward a bachelor’s degree in psychology at Worcester State University. My goal is to earn a graduate degree and stand in front of many people to tell them, ‘It’s never too late,’” she writes.

Other OSWP works include:

“Reading Is Fundamental” by Dianne Sargent

“Respite For an Empty Nest” by Carol Chester 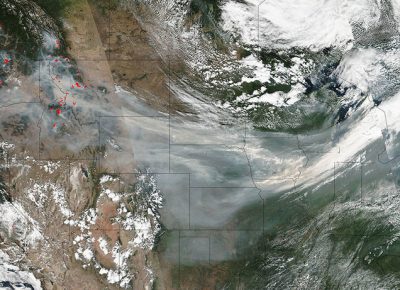 The changing climate is causing physical, chemical, and ecological changes that are fundamentally altering the planet. Dr. Stephanie Chalupka, professor in the department of nursing, addressed these . . .