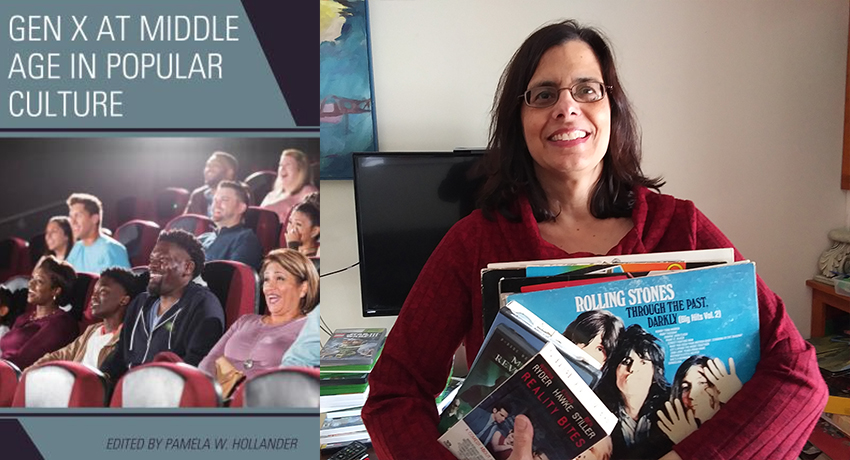 A new book, edited by Pamela W. Hollander, Ed.D., associate professor of education, explores how members of Generation X are portrayed in popular culture, and how characteristics of Gen X—those born between 1964 and 1980—are influencing the younger generations. Titled “Gen X at Middle Age in Popular Culture,” the book is published by Lexington Books.

Hollander says that researching and editing the book gave her a new perspective on what it means to be a member of Gen X in the 21st century.

“I became convinced that this is our moment—in politics, in entertainment, in leadership, in business, in community service,” she says. “We are the connection between the highly digital future and its analog roots.  We can help the younger generations make sense of this transition and keep what is of value from the past.”

Hollander says she has always mixed popular culture and intellectual pursuits in her teaching and scholarly work.

“Students get a lot out of taking a critical lens to popular culture, and so do academics,” she says. “I had noticed that many of the Generation X actors and musicians who were debuting in my youth were getting a lot of attention from all generations in current popular culture.”

Some examples that Hollander notes:  Winona Ryder, of 1994’s Reality Bites movie fame has been a scene stealer in her role as the mother in the current Netflix horror mystery-thriller Stranger Things; Gen Z ingénue Celia Rose Gooding shared the stage with a middle-aged mom in the Boston to Broadway production of Jagged Little Pill and suddenly Hollander’s 17-year-old daughter was listening to punk-pop bands popular in the 90s, like Green Day. “Things like this gave me the sense that a new middle-aged Gen X pop culture phenomenon was occurring,” she says.

Hollander says that growing up in the 1970s in the shadow of Watergate and the era’s frequent corporate scandals made her identify strongly with Generation X’s cynicism about government and materialism.

“When I was a youth wearing flannel and ripped jeans, middle-aged people were yuppies typified in media as ambitious businesspeople with briefcases who then went home and had nostalgic conversations about Woodstock, like on the TV show ThirtySomething,” she says.  “Now that we are the new middle-aged folks reflected in advertising, television and movies, I couldn’t help but wonder if we, like the Baby Boomers, brought our youthful ideas with us into middle age in real life and on TV.”

Hollander began her research three years ago when she was on sabbatical. She put out a call for papers on the subject and looked for authors who tapped into the many good qualities that Gen Xers had become known for and demonstrated what that looked like at middle age in a TV show or a play or a movie. Those qualities, which have their roots in Gen X youth culture, include healthy skepticism, creativity, scrappiness, flexibility, work-life balance, attentive parenting, and entrepreneurialism.

Among selected readings is “Cobra Kai: ‘No Mercy,’ Gen X, and Flipping the Script,” by Jim Deys. The article takes a look at the popular Cobra Kai TV series in which Karate Kid stars from the 1980s movie series are now middle aged and pitted against each other again in a new way.

Another article is “So Different Yet So Similar: Two Black Generation X Professors Discuss Life at the Middle Age,” which covers Black Gen Xers in popular culture and academia. 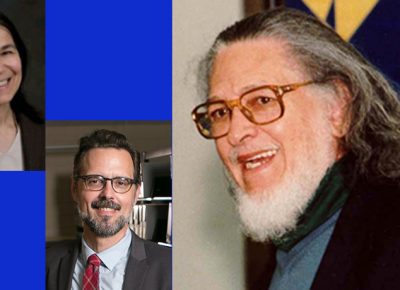 The latest Issue of The Worcester Review includes a feature section on the late South African poet and activist Dennis Brutus, co-edited by WSU archives and special collections librarian . . .