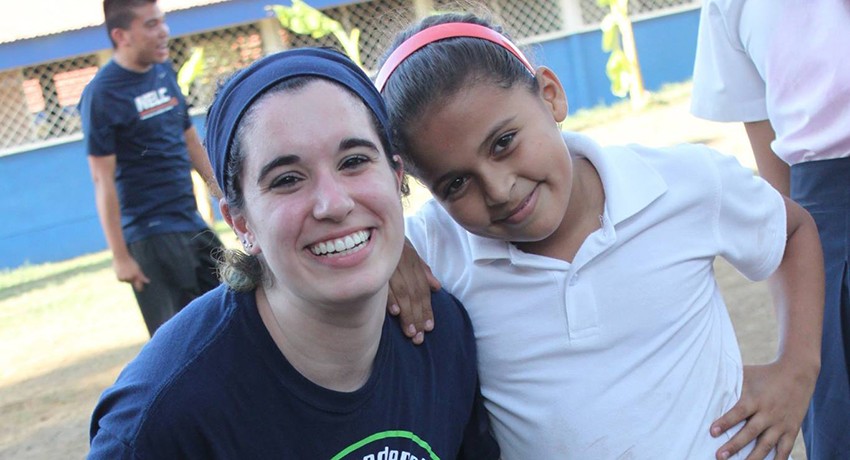 With interest in studying away at an all-time high at Worcester State, Associate Professor of History and Political Science Aldo Guevara wanted to boost participation among ALANA students. The result was a pilot program called the WSU Civic Corps.

Funded as a pilot program through strategic planning funds, Civic Corps targeted sophomore-level students of African, Latino, Asian, and Native American heritage and combined a week on a service-learning trip to a Caribbean or Latin American country with service projects in the Worcester community.

“The idea was that if the University agreed to fund the program, when the students came back, they would mentor future travelers,” Guevara said. The strategic planning funds were used to help students with travel expenses.

In all, 16 students participated in the program. Ten traveled on faculty-led trips to the Dominican Republic or Nicaragua—joining an estimated 16 percent of U.S. undergraduates studying in the Caribbean and Latin America yearly. The other six only worked on local service projects.

Half of the students who travelled abroad were Latinos and half spoke Spanish. “The crux is that these are students who wouldn’t go to these places without assistance,” Guevara said.

“We saw the impact of these programs,” he said. “The students were more likely to go abroad, choose service trips, and return ready to become more engaged in the student body. It really had a positive impact on Worcester State. It makes us a better place.”

For Leanna Borges, a biology major who graduated in May, Civic Corps ensured she would make it to the Dominican Republic with Assistant Professor of Biology Sebastian Velez. “Going would have been a lot harder without the scholarship,” she said. “I was saving toward it, but life happened, and then the ticket price shot up.”

Studying the biodiversity of the Dominican Republic border with Haiti prepared Borges for pharmacy school at MCPHS University, which she will start in the fall. MCPHS offers rotations in the Amazon, she said.

Maria Munoz, a freshman majoring in biology, was one of the students inspired by Civic Corps members to visit Managua, Nicaragua and volunteer with Manna Project International, which has been a WSU alternative-spring-break destination for over five years.

“But the price was an issue for me,” she said. “It opened up a new kind of curiosity for me about who needs help. Before, I did volunteer work, but it was for college applications, it was a box to check off. Now, it’s something more.”

Through Manna Project International, the students worked at a school in Managua and participated in seminars, forums, and informal discussions with community leaders to learn about social and political issues.

“You learn a lot about yourself, others around you, and the people in the village,” said Vianna Mercedes, who graduated with a B.S. in Sociology in May and will start her second year in WSU’s M.S. in Nonprofit Management in the fall.

She learned so much, in fact, that she relished the chance to go back. When she went to Nicaragua in May, it was for the second time, and she was the group’s student leader.

Mercedes also likes how Civic Corps gave ALANA students an opportunity to boost their resumes with trips abroad. She mentioned studies that show that job applicants who studied abroad in college are more likely to get hired than those who didn’t.

“For ALANA students to be able to have that experience through Civic Corps touches on the inequality that exists without financial support to study abroad,” she said. 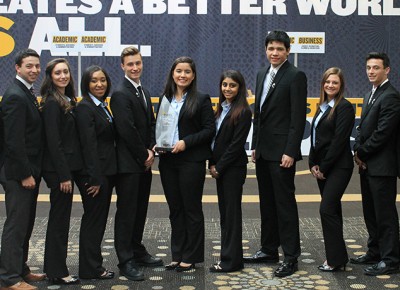 The Worcester State University Enactus team placed in the top 20 (out of 535 across the U.S.) at the Enactus 2016 National Exposition held in St. Louis, Mo. After winning the regional competition in . . .