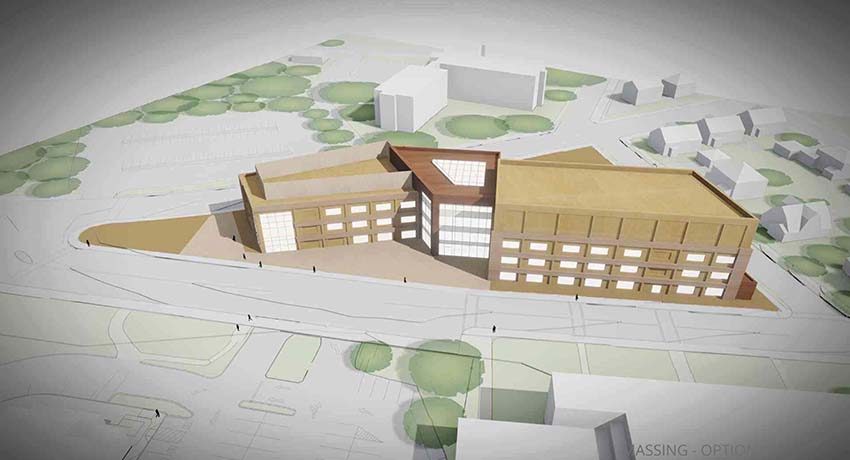 Preliminary Options for May Street Building Presented to Board of Trustees

Architects unveiled four possible options for the reuse of the May Street Building property, plans that would redefine the front door to campus while also creating the first new academically focused building since the Ghosh Science & Technology Building opened 20 years ago. The preliminary plans were presented at the Board of Trustees meeting on Tuesday, Sept. 10.

Bryan Thorpe, senior project manager at ARC/Architectural Resources Cambridge, said the plans were based on previous space use studies and months of discussion with University leadership, faculty from academic departments that might use the space, and the campus community at an open campus meeting. The final building is envisioned to serve several functions, including meeting the evolving enrollment demand in key dry-lab science fields; expanding overall instructional options; and growing conference and community engagement capacity.

Cost estimates for each option are not available yet but are expected later this fall.

Only one option calls for renovating parts of the existing building, due to the potentially prohibitive cost of hazardous material remediation and upgrades to meet current building codes. For “Option R,” department offices, classrooms, and other academic spaces would be constructed inside the building that once held the former temple’s sanctuary, but would be unattached to the original walls to avoid some of those costs. In this 99,000 square-foot plan, a new wing attached to the back of the original temple building would replace the rest of the existing structures.

The other three options start from scratch on the property by demolishing the existing buildings, which will allow maximum efficiency in the use of the relatively small property, according to Thorpe. The first of these options would sandwich a multi-story glass atrium and center stairwell between two rectangular buildings totaling 90,000 square feet. In addition to a welcome center/admissions office on the first floor, conference room space is envisioned on the top floor of a four-story wing. Other areas would house department offices, classrooms, and other academic spaces.

The other two options add up to 200 residence hall rooms, either in a separate four-story chevron-shaped building next to the academic building, or on top of the academic space in an additional four stories. These options would create between 150,000 and 160,000 square feet of new space.

President Barry M. Maloney said he is leaning toward the option that includes just an academic building, an opinion that was echoed by Board of Trustees Chair Craig Blais. Even without cost estimates in hand, the many issues that would need to be resolved with the housing option—including dining options, parking, and a location away from the other residence halls—make this direction problematic, Maloney said.

Thorpe said ARC is working to come up with estimates for each of the options. Architectural design and construction documents with firm pricing estimates would follow that process. There is no fixed start date at this point for construction of a new building.

The Worcester State Foundation purchased the property in 2015 after the Temple Emanuel congregation that formerly occupied the building merged with Temple Sinai in 2013 and moved to 661 Salisbury St. 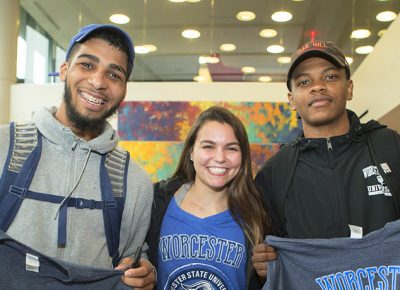 Worcester State University will meet its enrollment targets this fall with a large and academically well-prepared group of first-year and transfer students calling WSU their new academic . . .