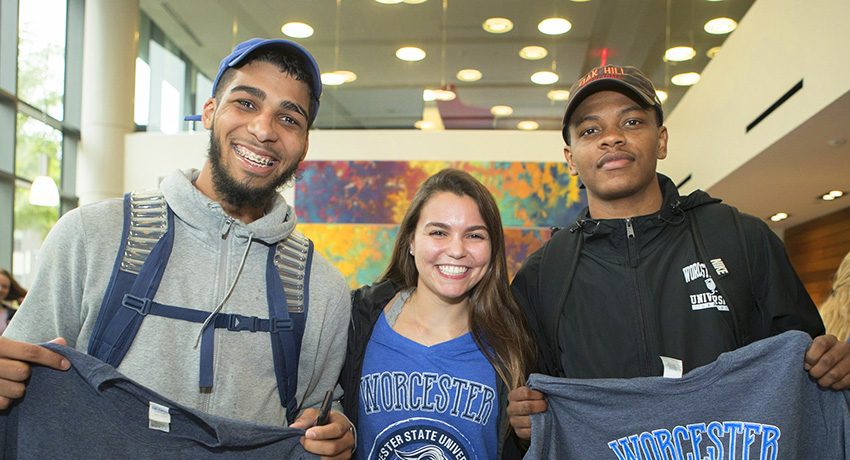 Worcester State University will meet its enrollment targets this fall with a large and academically well-prepared group of first-year and transfer students calling WSU their new academic home.

Although the numbers won’t be completely finalized until later in September, the first-year class is projected to be around 890 students with about 460 transfer students, according to Joseph J. DiCarlo III, director of admissions. “All in all, enrollment looks good,” he says.

“We are excited to see Worcester State University continue to be a destination university for both first-year and transfer students,” Ryan G. Forsythe, Ed.D., vice president for enrollment management, says. “Fall 2019 represents one of the largest incoming classes and one of the most academically prepared classes in the University’s history.”

Worcester State continues to solidify its strong position as the region’s public university. Its top feeder high schools are all located in Worcester County, and Quinsigamond Community College is the main source of transfer students. The number of first-time students enrolled from the City of Worcester is expected to be 194, or 22 percent of the total group, DiCarlo says.

The previous two years saw the largest classes ever admitted to Worcester State, and this year applications were down slightly from those lofty levels. However, the yield, or the number of accepted students who take the University up on its offer of admission, remained strong, an important factor in meeting enrollment goals, DiCarlo says.

WSU also was fortunate that most students met priority deadlines and successfully completed the enrollment process over the course of the summer, he says. Every year brings new challenges and new trends and this year there was a pocket of students who waited a little bit longer to complete the registration process.

The later-than-usual registrants caused a burst of activity in campus offices in August. “The admissions office, along with a lot of the other service offices—financial aid, academic success, registrar’s office, student accounts—were hard at work servicing these students and getting them in and getting them registered for the start of classes for the fall,” DiCarlo says. “So, although enrollment is slightly down compared to last year, but we did make up some ground within the last few weeks.”

A reduction in the pool of transfer students, a statewide trend in recent years, was also a challenge. Last year, WSU enrolled 500 transfer students, or about 40 more students than this year. Worcester State had been fortunate to buck that transfer decline the last few years, something other state universities have been experiencing more keenly. “This was the first year that we actually really felt it,” DiCarlo says, adding the main reason is that community college enrollment is down significantly.

“Our primary feeder school is Quinsigamond and their enrollment is down, so that certainly has a trickle-down effect that impacts us,” DiCarlo says. Historically during periods of low unemployment, people who might otherwise choose to enter a community college get jobs instead, resulting in an enrollment drop.

With demographic challenges expected to persist, Worcester State’s enrollment management officials are always trying to determine what kinds of things are currently resonating with students and what they might do to improve the admissions process and get the word out to as many students as possible.

“A lot of our indicators about the academic quality of the incoming class and our retention rate of our current students, they’re all moving in the right direction in terms of where we want to go for meeting our retention and enrollment goals,” DiCarlo says.

That success means the retention rate, meaning how many students have chosen to continue their education from last year to this year, stands at the second-highest rate in the university’s history, Forsythe says. “More than 90 percent of WSU first-time students have persisted toward completion of their degree,” he says. “We know that the expert faculty, state-of-the-art campus, supportive campus environment, and success of recent alumni continue to be reasons that new students seek out a Worcester State education.” 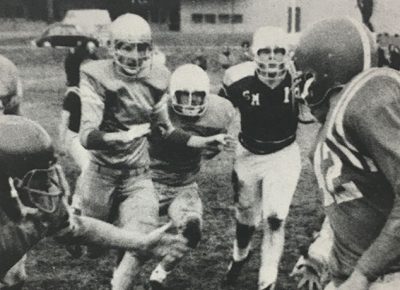 The lawn of what is now the Sullivan Academic Center was the site of a long-standing Worcester State tradition. Every year on the Wednesday before Thanksgiving, the freshman class played the . . .