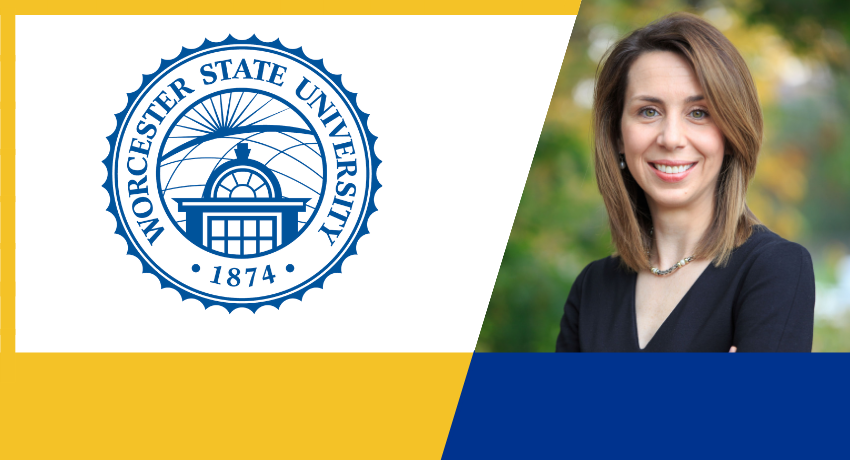 President Barry M. Maloney has appointed Heather Treseler, associate professor of English, as the Presidential Fellow for Art, Education, and Community at Worcester State University. The fellow coordinates Worcester State’s relationship with cultural institutions in Worcester, focusing on ties with the Worcester Art Museum as well as with the American Antiquarian Society, the Worcester Historical Museum, the Hanover Theatre, and the Worcester Center for Crafts.

Treseler follows in the footsteps of Kristin Waters, professor of philosophy and the inaugural Fellow for Art, Education, and Community, who retired from a distinguished career at Worcester State this spring. Treseler’s appointment begins July1.

A poet, literary critic, and essayist, Treseler joined Worcester State’s English department in 2011, earning tenure and receiving the George I. Alden Award for Excellence in Teaching in 2017. A graduate of Brown University and the University of Notre Dame, Treseler teaches creative writing and American literature at Worcester State and previously served as a faculty fellow in the office of the dean of humanities and social sciences in 2013-2014. She is a visiting scholar at the Brandeis University’s Women’s Studies Research Center and a former fellow at the Boston Athenaeum.

“Heather brings a depth of experience to the fellowship that will be insightful for the students and community of Worcester State University,” says President Maloney. “We are excited for her appointment as fellow and have no doubt of her success in this capacity.”

Kristin Waters adds: “It has been an honor to help build this partnership, working with the wonderful professionals at WAM and WSU. Heather will bring a fresh approach and new vitality to this initiative.”

Treseler’s poems have won several nationally competitive awards, including the Frontier Poetry Prize for “Louisiana Requiem” in 2018, and her work has received support from the American Academy of Arts and Sciences, the National Endowment for the Humanities, and the T. S. Eliot Estate. Her essays have appeared in Boston Review, Harvard Review, Tulsa Studies in Women’s Literature, the Los Angeles Review of Books, and the Journal of Ethnic American Literature, among other journals, and have been published in five scholarly books about American poetry.

This year, her manuscript of poems, “Thesaurus for a Year of Desire,” was a finalist in the Brittingham and Felix Pollak Book Prizes from the University of Wisconsin; poems in this manuscript involve ekphrasis, or the tradition of writing about visual art, as a mainstay for their meditations.

“As a poet, I am drawn to the visceral provocation that visual art offers,” Treseler said. “I encourage my students to draw upon visual art, music, and theater as well as history, science, and other works of literature in their writing. I am delighted to work with our colleagues at the Worcester Art Museum and other cultural institutions in our region to deepen our students’ engagement with the arts.”

Matthias Waschek, C. Jean and Myles McDonough Director of the Worcester Art Museum, praised Waters’ service and Treseler’s appointment. “The Presidential Fellowship for Art, Education, and Community has connected more Worcester State students and faculty with the Museum’s collection and programs and, in turn, has enriched our own community here at WAM. We are proud to partner with Worcester State on this initiative and look forward to working with Heather during the coming year.”

The goal of the fellowship is to facilitate students’ use of the resources offered by the Worcester Art Museum and other cultural institutions, so that their education includes world-class galleries, professional stages, specialized libraries, and historical archives. The fellow also supports students’ and faculty’s participation in generating and enjoying the rich cultural offerings on campus across disciplines. 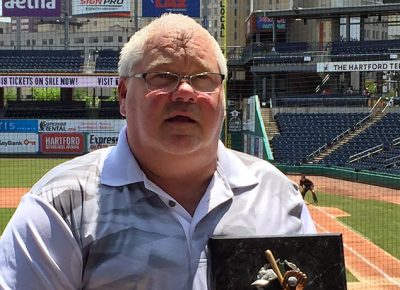 Worcester State University baseball's Dave Wigren has been named the New England Intercollegiate Baseball Association Kevin Burr Assistant Coach of the Year. Wigren was honored on the field prior to the NEIBA All-Star Game, played at Dunkin Donuts Park on Friday, May 31. It is the first ever major NEIBA award won by Worcester State. According to the NEIBA, the Kevin Burr Assistant Coach . . .