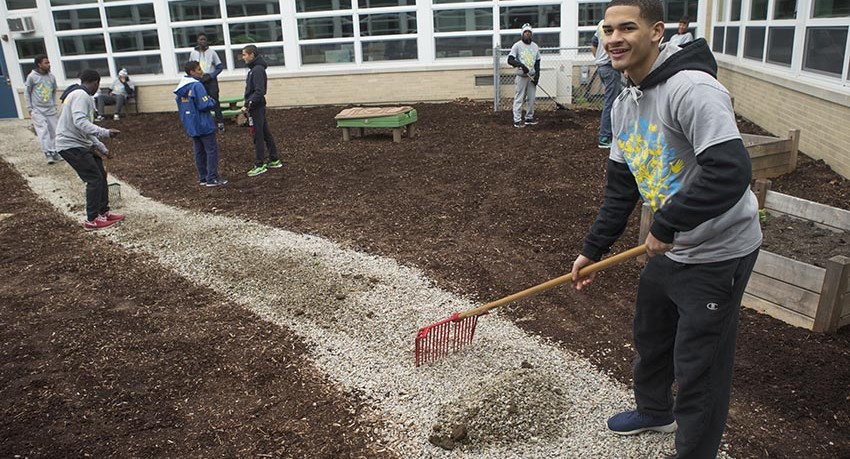 Worcester State University President Barry Maloney joined campus leaders from dozens of other universities and colleges across the country recently at a Campus Compact Summit held at the Edward M. Kennedy Institute for the United States Senate in Boston. The aim of the summit was to have presidents and chancellors affirm an action statement announcing a set of commitments to apply to the principles articulated in the President’s Declaration on the Civic Responsibility of Higher Education.

Since its inception in 1986, the Campus Compact coalition has gained 350 signatories on its action statement. Campus Compact’s focus is on supporting campuses in the work they do that advances the health and strength of communities and American democracy, both by preparing students for lives of engaged citizenship and by building partnerships to advance community and public goals.

“I am extremely proud of our institution’s dedication to the community and our students’ enthusiasm for maintaining our high level of engagement,” he said. “Thanks to campus organizations like The Honorable John J. Binienda Center for Civic Engagement and the Community Leadership Experience at Worcester State (CLEWS), we have received local and national recognition for our commitment to public service, including a Community Engagement classification in 2015 from the Carnegie Foundation.”

The Campus Compact 30th Anniversary Action Statement contains powerful language about the public obligations of higher education. It commits campuses to taking specific steps to deepen their engagement for the benefit of students, communities, and the broader public. The document concludes with a commitment by each signatory to create a Campus Civic Action Plan to be shared publicly. Campus Compact will support campuses in developing these plans.

About the Photo: Worcester State University students clean the grounds of Chandler Magnet School in fall 2015. 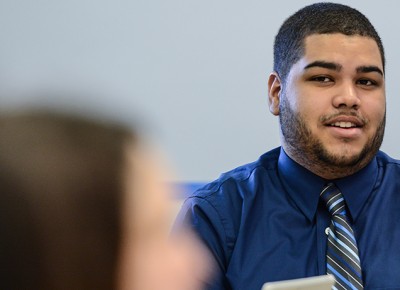 As Francisco Crisostomo walks around Lancer Landing, he stops to listen to members of Third World Alliance as they talk about issues and events. It’s his way of being a hands-on leader as the . . .