Professor Melvin Merken to be Honored at Scholarship Tea

Worcester State University will celebrate the legacy of Professor Emeritus Melvin Merken, Ed.D., who retired in 2010 after 52 years of service, at the 18th Annual Scholarship Tea on Sunday, May 6 from 3 to 5 p.m. Merken is fondly remembered as a dynamic science professor, exceptional scholar, and effective leader within the WSU community.

In addition, Merken chaired WSU’s Curriculum Committee for 30 years. In that capacity he was intimately involved in the development of many University programs.

Merken’s passion for teaching was matched by his passion for scholarship. He published two textbooks, including the hugely successful Physical Science with Modern Applications. The book went through five editions and was purchased by 300,000 students across the country. He also received National Science Foundation grants toward studies at Dartmouth College, Tufts University, the University of North Carolina, and the University of Texas and pursued advanced courses at Mount Holyoke College and Harvard University.

He is a Fellow in the American Association for the Advancement of Science and the American Institute of Chemists and a member of a number of professional organizations. He received an Educator of the Year Award from the Central Mass. Chapter, Phi Delta Kappa in 2002, the Commonwealth Citation for Outstanding Performance in 1989 and 1996, and the Distinguished Service Award from Worcester State in 1980, 1984, and 1988.

Merken graduated from Peabody High School in 1944, where he delivered a commencement address wearing a U.S. Army uniform. He enlisted in the Army on his 17th birthday and served with the 21st Regiment of the 24th Division, which was stationed in Schofield Barracks, Hawaii, when Pearl Harbor was attacked.  He served as a rifleman, personnel clerk, and medical surgical technician and passed through Hiroshima several weeks after it became the first city in history to be hit with an atomic bomb. He is a life member of the 24th Division Association.

Merken and his wife, Shirley Stahl Merken ’96—to whom he became engaged just two weeks after they met on a blind date in 1956—raised their three children in a house within walking distance of WSU. They demonstrated their ongoing commitment to Worcester State’s students by establishing two scholarships: the “Dr. Melvin and Shirley Stahl Merken Two Cultures Scholarship” and the “Arlyn Stahl Berlin Scholarship.”

Merken—who as mace-bearer led the processions at every academic convocation at WSU for 14 years—said on his retirement, “After 52 years, I could sincerely say that I loved what I did and never regretted that I did not retire sooner.”

The Scholarship Tea, which will be held in the Student Center’s Blue Lounge, recognizes outstanding citizens whose work stimulates the vitality, health, and success of their communities. 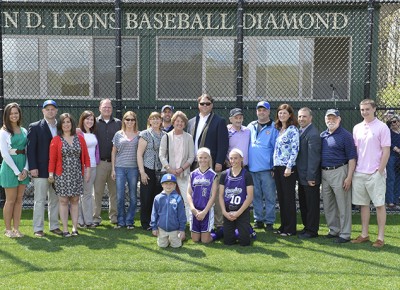