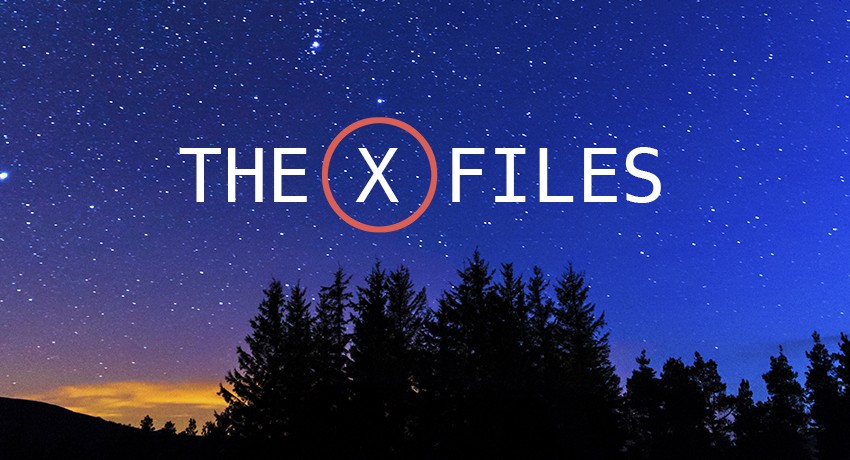 When English Professor Sharon Yang’s film and literature classes focus on The X-Files, students ponder more than conspiracy theories, alien abductions, and “the truth is out there.” They study literary influences like Shakespeare and the Gothic genre.

With the science-fiction series returning briefly to prime time television on January 24, Yang will have six additional episodes from which to draw lessons for her students.

“I’m really excited. I’ve missed it,” Yang says. “Knock on wood, I think it’s going to be good. It was such a clever show. I’m really looking forward to it.”

Though an early fan of the show, Yang didn’t watch it regularly until Fox ran a block of the first three episodes. “Then I was hooked—for the next 9 years. Now I have the DVD collection,” she says.

Yang became such a fan that she incorporated some of the episodes in her Film and Literature and Creative Thinking and Critical Writing class syllabi and served on an X-Files-related panel at a Northeast Modern Language Association convention. Later, when she decided to edit the collection of essays titled The X-Files and Literature: Unweaving the Story, Unraveling the Lie to Find the Truth (Cambridge Scholars Publishing, 2007), Yang asked her fellow NMLA panelists to contribute essays—in addition to finding contributors through a traditional call for submissions.

It didn’t take her long to recognize the show’s literary references. “Some things were obvious, like an episode name or Mulder would quote William Blake. The writers started making more obvious literary connections in the second year,” she says.

Other references were less apparent. “I remember one night I had to read Hamlet to prepare for a class the next day, but thought, ‘I really want to watch The X-Files.’ But then I said, ‘The X-Files is Hamlet. Mulder is Hamlet’,” Yang recalls.

When she has her Film and Literature students watch the movie Frankenstein, she also has them watch the “The Post-Modern Prometheus” episode of The X-Files (fifth season/fifth episode) to compare the two and to see that each one shows how “it’s the language and the art that captures the truth,” she says.

That is an example of what Yang calls reading a film. “There’s a lot of multi-layering going on. The more you watch it, the more you find is in an episode. It’s like reading literature,” Yang says.

Like many X-Files fans, Yang has her favorite episodes: How the Ghost Stole Christmas, Jose Chung’s from Outer Space, Amor FATI, The Unnatural, and All Things, which was directed by Gillian Anderson.

The X-Files’ influence can be detected in the television and film industries, with the most recognizable being the HBO show Breaking Bad because of its creator Vince Gilligan, who was a member of The X-Files writing team. But Yang also points to lighting techniques, music, low-key delivery by actors, and scripts about characters finding monsters in human nature.

In addition to the quality writing the show enjoyed, the subject matter played a role in the show’s 202-episode success, according to Yang. “The writers play a lot on our fears that come out in our urban legends. They explore things we’re curious about. There’s a certain degree of probability.”

And, according to Yang’s introduction for X-Files and Literature, this exploration has Gothic overtones—a literary style that has long been perceived “as a threat to social order for inflaming the passions of the lower classes and giving them power…to access knowledge.”

Yang notes that The X-Files “gave voice to contemporary social, spiritual, and psychological angst over a lack of individual control arising from our dis-ease after Watergate, Viet Nam, revelations of Cold War depredations by our own governments, economic and military globalization, the clout of religious fundamentalism, and the hijacking of the 2000 American presidential elections.”

The new six episodes are expected to continue in this vain and explore climate change, war in the Middle East, National Security Agency spying, chemical trains, police militarization, and more.

Yang’s work on X-Files and Literature, which demonstrates her fondness for and in-depth knowledge of the show, has made her one of the media’s go-to experts in the weeks leading up to its six-episode return.

After all, at the time of the book’s publication in 2007, no other academic work “addressed the program’s rich adaptation of literature to interrogate our perception, definition, or recounting of the ‘truth’,” according to Yang’s introduction. The collection’s 15 essays—placed in categories of mythology, gothic, and narrative innovation—provide deep analysis of the series, individual episodes, and characters.

This combination—supported by clever storytelling—ensured the show would stand the test of time. “It’s an intelligent show and a good mystery show,” Yang says. “They (the writers) take you in just a little bit, but not too far. They find it a way to make it plausible. They calm you just enough to lure you in.”

Articles with commentary from Sharon Yang: 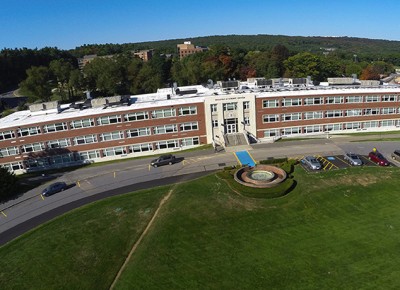 Moody's Investors Service recently affirmed the A2 rating on Worcester State University's $10.4 million of revenue bonds, issued by the Massachusetts Development Finance Authority, and reported that . . .