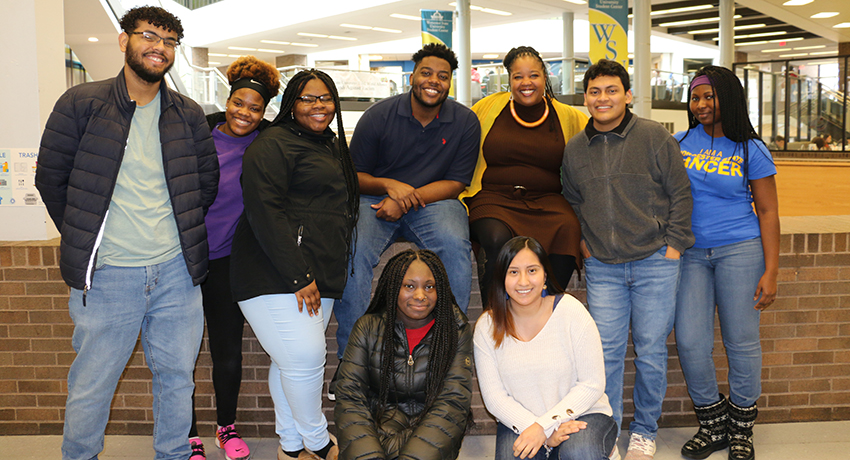 Despite the divisive and hateful rhetoric in society today, journalist and author Farai Chideya painted an optimistic picture of the future of the United States to an audience filled with both college and high school students, saying “I have never been more excited to be an American right now.”

She challenged students to “be the hero of your own narrative” and have courage to work collaboratively to solve the nation’s problems.

“As tough as things are right now, I would not trade the present for the past,” Chideya said. “We can build something different. Something we’ve never had before, which a truly multi-racial, healthy democracy. . . I say, let’s go boldly forward.”

Chideya gave the talk “The New Face of Race: What Happens to Equity When We’re All Minorities” as part of African American Read-In Day on Wednesday, Feb. 5. Sponsored by the Office of Multicultural Affairs as part of Black History Month, the talk was also the centerpiece of ALANA Preview Day for 140 visiting Worcester public school children.

Chideya said she comes from a long line of ancestors who struggled and succeeded—including land-holding, freed slaves who lived in Virginia before the Civil War, constantly fighting for their rights in a dangerous world, and farmers in Zimbabwe whose land was taken through apartheid. Their success “is what gives me the context for hoping for the future. . . I hope that I am making my ancestor’s proud by living my own life.”

When people long for a “mythical” American past where everything was simpler, and therefore perfect, Chideya reminded the audience that many people—black and white—did not have the same rights and opportunities of today.

“The road to the past is the one we have to understand, but it’s not a place where we can live. We must live in the present. We must lean into the future. We are building a multi-racial future. We have to co-create it together,” she said.

In her career as a reporter, novelist, and political and cultural analyst, Chideya said she has visited 49 of 50 states, flew on Air Force One, ridden with the U.S./Mexico border patrols, and talked to many people from all walks of life, including White Nationalists.

She relayed words of wisdom from one friend in particular, 98-year-old Betty, who worked full time—until just a year ago—as a park ranger at Rosie the Riveter National Historical Park in Northern California.

Betty told her, “’History tests us every 30 to 40 years. It tests us to see how badly we want democracy.’ And it is at those test points, and we are at one of those now, that all the magic happens,” Chideya said. “When everything seems to be falling apart, this is your chance to get in on the wet clay and reshape it into what you want it to be. Now is a time to have that sense of courage.”

She closed with a call to action to the students in the audience:

“I think things are going to get harder in this country before they get better. But, I do believe that together we will build the best version of this nation, of this democracy, of this economy, that we’ve ever had,” she said. “And I’m not telling that to make you feel good. I’m telling you that to give you strength for the fights ahead. We can’t tear each other down and build up at the same time. Choose your path.”

In the photo: Members of the Third World Alliance met with journalist and author Farai Chideya (in yellow sweater) after her talk. 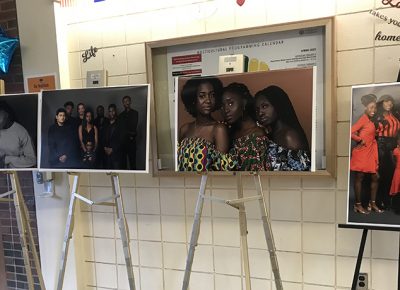 The Black History Month’s Photo Showcase, featuring faces of ALANA students on campus, was unveiled on Tuesday, Feb. 4, in the LRC's first floor lobby. The exhibit was the second part of a two-year . . .