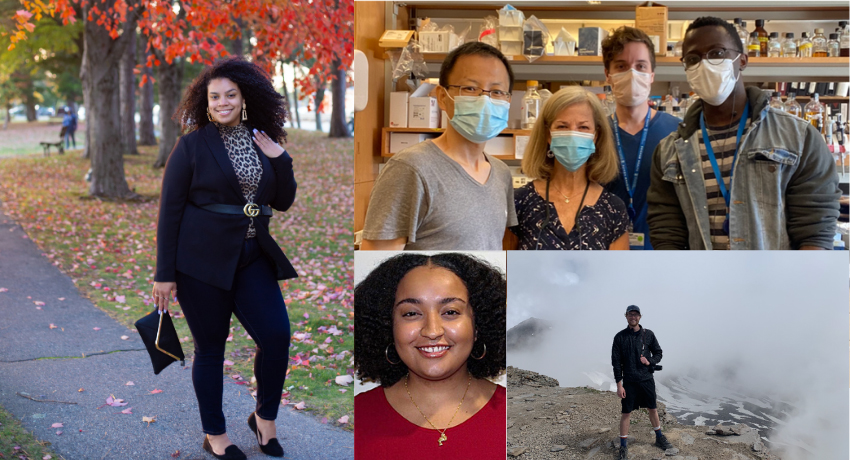 Recent Alumni Reflect on the Importance of Seeking Out Mentors

The term mentoring describes a range of faculty-student, staff-student, or student-student relationships, but many times these are informal and not studied in the way other academic achievements and relationships are. Nevertheless, these mentoring processes influence the lives of students well past graduation.

Biology major Paul Koffi ’19 is currently a lab technician at Brigham and Women’s Hospital and preparing his application for medical school. He was born in West Africa and moved to the United States in 1999 with his mother and siblings. His first mentoring relationship was through the Lutheran Church. He sees the top five qualities of a good mentoring experience to include: experience, encouragement, guidance, compassion, and accountability. Of these five, Koffi says accountability and encouragement are the most important.

“If you’re like me you have trouble recognizing the good things about yourself and the quality of your achievements, while you excel in beating yourself down time and time again for every failure, whether large or small,” says Koffi. “My mentors at Worcester State University were excellent in helping me to recognize that the progress I was making was substantial and helped me to get out of those self-defeating mental processes that often dictated my life.”

Since graduating, Koffi has become a mentor himself through Big Brothers and Big Sisters. Being a mentor has opened his eyes to a mentor’s impact. He recalls a recent event in which he was playing basketball. “The most amazing moment happened in the course of that game. I passed the ball to my ‘little’ and he was standing at the three-point line. I yelled, ‘Shoot the ball, you can do it!’ And, though he’d tried several times previously and had never made the shot, he shot it. Nothing. But. Net.”

For Koffi, this moment demonstrated mentors celebrate the success of their mentees just as much as the mentees celebrate their own success.

Joanna Rosa ’19 is also preparing for medical school. Being the first in her family to apply to college, Rosa recalls needing a mentor for the application process, and also a tutor for the math section of the SAT. Katie Purcell, an AmeriCorps Vista placed at an afterschool program at the Stoughton Leadership Institute, fit that bill.

“Not only did she help me immensely with the application process, but she also tutored me for the math section of the SAT. It was really difficult for me to tour colleges since my mother worked every day, so Katie made a field trip out of my college list. I got to visit every school and ended up at WSU,” says Rosa.

Rosa credits Stacey Luster, J.D., general counsel and assistant to the president for employment and equal opportunity, for providing essential help. “She viewed me as more than just a student and made sure that all areas of my life were being managed,” says Rosa.

Mark Wagner, Ph.D., director of the Binienda Center for Civic Engagement and Laxmi Bissondial, assistant director of the Office of Multicultural Affairs, also played a role in Rosa’s personal development, providing numerous opportunities and connecting her with people they thought could help her.

“Stacey Luster was specifically looking for young women of color to mentor on campus because she understood the significance of this. Representation is everything to children and young adults of color,” says Rosa. “My ideal mentor would be an older black female physician who has gone through similar obstacles as I have. This would make it more likely that we are compatible and have similar perspectives.”

For Tim Jarvis ’19, his first experience with a mentor happened early in his time at Worcester State. When he enrolled in the CLEWS (Community Leadership Engagement at Worcester State) living-learning community through the Binienda Center during his freshman year, he had no idea the opportunities it would create for him.

“We worked in the Worcester community volunteering for food banks, substance abuse treatment centers, environmental conservation programs, museums, and childcare for low-income adults,” says Jarvis. “We worked at the state level where we got the opportunity to meet our state representatives, candidates for governor, and our state auditor, as we learned in great detail how our state government operated. We worked at the national level, where we had the opportunity to provide disaster relief in the wake of the devastating Hurricane Irma in 2017 in Key West, Florida. We even worked at the global level too as I had the opportunities to visit the United Nations World Headquarters in New York in 2019 and I participated at a conference at Yale University in 2018 where we attempted to resolve the diplomatic crisis of the South China Sea, and presented our results to U.N. representatives and experts.”

Following graduation in 2019, Jarvis spent months living in Yerevan, Armenia, with expenses paid for by the U.S. State Department. While there he worked for the Smithsonian in museum development and he presented his work at the U.S. Embassy. While doing so he also traveled across the former Soviet Union in the South Caucasus and Eastern Europe.

“I can honestly say I never would have done something quite so bold had I not been mentored to be a global citizen, mindful of the wider world,” he says.

Reflecting life’s many bumps, Jarvis and his family went through challenging health issues. When COVID-19 hit, he says, “This is a moment where I wish I had a mentor but didn’t.”  He took the virus outbreak as a loud call to leave his graduate program in Illinois, and recently related this update: “They’re giving me an assistantship at the University of Rhode Island, so I’ll essentially be transferring programs under the same offer I had in Illinois. Got really lucky with that in the grand scheme of things.”

Jarvis says Worcester State has something far greater than prestige: students who are resourceful, adaptable, hardworking, and smart.

“I connect the skill of resourcefulness entirely with strong mentoring. I very well could have not made it through the past year had I not received the mentorships and education I did at Worcester State,” he says.

Like Koffi, Caitlin Gil-Soto ’18 is preparing for medical school. Gil-Soto was part of a team that worked with Matilda Castiel, M.D., the commissioner of health and human services for Worcester. That work, which focused on the needs of men in recovery, prepared her for research and real-world issues.

“My first real mentor was Dr. [Jennifer] Hood-Degrenier. We never fully established it was a mentor/mentee relationship, but she was my advisor (and still is post-grad.) She believed and guided me throughout my pre-med process during undergrad.”

According to Gil-Soto, some primary benefits of having a mentor are having one-on-one time with a professor and getting direct knowledge on how to get to medical school.

“She is always willing to be one of my references, both academically and in the professional world. I believe that’s the importance of having a mentor. They should be a part of a career that you eventually would like to be in, or someone who could possibly introduce new opportunities for you,” she says.

Gil-Soto notes that there are different types of mentors, and she believes she has benefitted from having a practical mentor—someone who she could go to when she graduated into the real world.

In the above photo, clockwise from far left, Caitlin Gil-Soto ’18, Paul Koffi ’19 (far right) with his colleagues at Brigham and Women’s Hospital, Tim Jarvis ’19 in Armenia, and Joanna Rosa ’19. 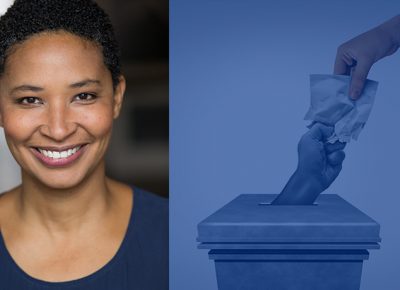 Should voting be mandatory in America? Harvard professor Danielle Allen, Ph.D., never used to think so although recent voter-suppression initiatives have changed her mind. “I was definitely originally one of the naysayers on the idea. I thought that it would go too much against the grain of our kind of Libertarian culture,” she said, as featured speaker during a recent Zoom event . . .