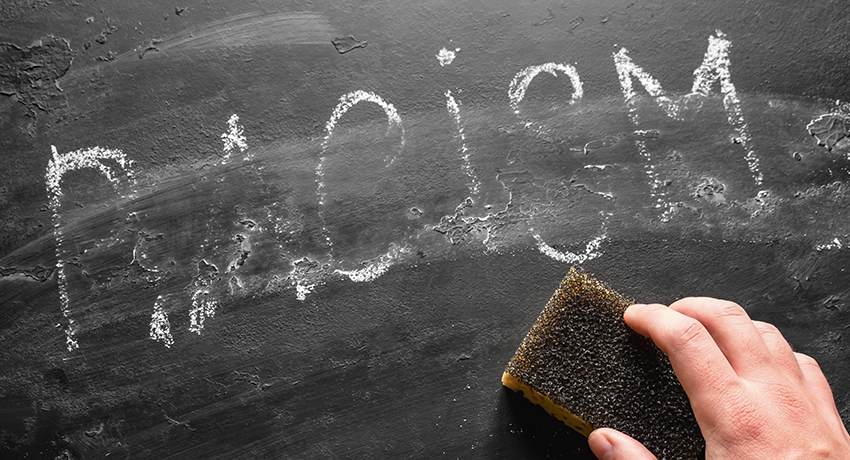 The book discussion of Robin DiAngelo’s White Fragility: Why It’s So Hard for White People to Talk About Racism was attended by 30 students, faculty, and staff on Thursday, Sept. 24, via Zoom. DiAngelo, who was originally scheduled to appear on campus April 27, found herself, like many other speakers around the country, prohibited from travel due to the pandemic.

While DiAngelo did not attend the Sept. 24 discussion, many campus members read her book in anticipation of it being discussed with DiAngelo at the spring speaking engagement. And with a summer filled with outrage and protest marches throughout the country and the world following the death of George Floyd at the hands of a white police officer, the book’s topic seemed more relevant than ever before.

Co-sponsored by the Women, Gender, and Sexuality Studies (WGSS) and the Office of Multicultural Affairs, the discussion was moderated by Hardeep Sidhu, Ph.D., assistant professor of English, who delved into the book’s deeper meanings, like white supremacy and why people feel uncomfortable discussing subjects concerning race.

A faculty member noted that on too many occasions, one sees the issue of race being led by a white person, as if there needs to be gentle “hand holding” on the subject, which is to also say a Black person—more closely aligned to the issue—may not be the best one to approach the subject.

“That is such a market-based, capitalist way to handle it [race],” the faculty member noted. “We’re not going to handle it systemically.” To that statement, Sidhu asked the question, “Do we try to use diversity training to get people to act better [when it comes to race and racism] or do we just hire some better people? Can corporate anti-racism actually be anti-racist?”

“It’s a fine balance,” stated Marcela Uribe-Jennings, associate dean of the Office of Multicultural Affairs, who also stated that from Jane Elliott’s experiment 30 years ago to Robin DiAngelo’s book now, not much has happened.

“Having done the work of bringing in speakers, this is not easy work. We err on the side of what’s acceptable [when we bring in speakers]. The book challenges some of that work, but the question here is, ‘When are we ready for the tough work?’,” she said.

Charlotte Haller, Ph.D., professor of history, echoed those sentiments: “How can we start getting beyond the nonsense and start solving some of the key problems? The book, in a corporate context, attempts to re-focus on how people feel, taking care of those that feel insulted,” she said. Haller noted the book also begs the question “are white people exhibiting, encountering white fragility?”

Haller, referencing an earlier statement by Assistant Professor Johnathan Flowers, Ph.D., about systems—not individuals—contribute to racism, agreed with his comments. “While one is

systemic, the individual choices one makes adds to the institution of racism. We have to be better people. We have to do that work.”

Corbin also stated that this work is important, but that she sometimes gets it wrong. “I have benefited from structural work, but have come to realize that through my interpersonal behaviors with people of color, I have acted in ways that were harmful. This is the very thing the book talks about not doing. However, it is not possible, as a white person, not to mess it up. That was very humbling.”

To the question of a white woman versus a black or brown person leading the work, Corbin made an analogy. “In my background in women’s studies, I see the value in having the obvious person do the work—anti-sexual violence led by a man and men stepping up to deal with toxic masculinity within their own communities.”

Resident Director Demetrius Evans took a different approach in the overall discussion, focusing on white power. “White men use violence, whereas a white woman can use a single gesture, like a tear, to command the same effect.”

That statement followed a broad and lively discussion of the revered “Karen” making the call to local police over perceived atrocities as selling water, barbecuing, and most recently bird watching—all in public places.

So where do we go from here? More dialogue, programming, and dismantling of systemic racism was the overall consensus.

To automatically receive updates about campus events, talks on other campuses and in the community, relevant scholarship, and other WGSS-related topics, sign up using this link: https://forms.gle/a22xkQQaHVYRbrwJ9. 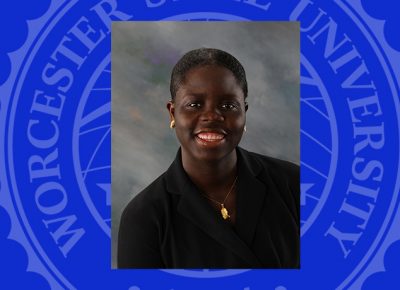 Anna Johnson ‘22 learned time management skills when she enrolled in the Alternatives for Individual Development (AID) summer program at Worcester State in 2018. “That really helped me a . . .